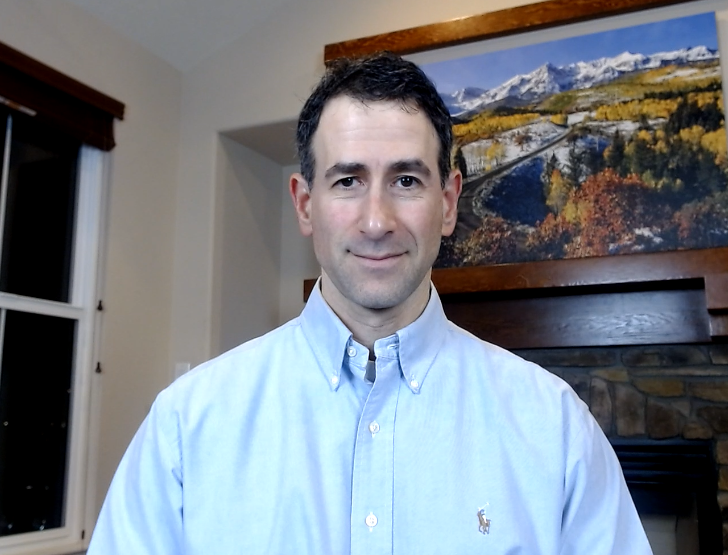 Jason Leavitt is an independent trader. He is the Founder and Head of Research at Leavitt Brothers LLC, a company that provides trading ideas and market analysis for self-directed traders. Leavitt is the creator of Jason Leavitt’s Masterclass in Trading, he is an entrepreneur in the finance industry with over 20 years of experience.

I grew up in the Chicago suburbs, living a very normal middle-class life. School, sports, playing – nothing stood out.

But I saw my dad sit in rush hour traffic going to and from jobs he didn’t like for two decades. It wasn’t appealing, and when I finished school, in hindsight, I’m not surprised I didn’t rush to get a corporate job. So I spent my 20’s bartending and waiting tables, searching for something.

If my dad had a more satisfying career, I may have followed. But his constant unhappiness led me to look elsewhere.

I was told growing up that if you’re good, keep your mouth shut, and eventually people will notice.

I wish I realized this earlier…and been comfortable feeling a little foolish.

I launched LeavittBrothers.com in 2002. It took me 4 years just to put an “about” page on the site because I wanted to be judged by the content.

It took a few more years before I allowed my face or voice to be recorded – again because I wanted to be judged by the content.

This is stupid. At the risk of feeling foolish, I wish I would have known earlier that I was going to have to put my best foot forward and sell a little. Otherwise, your audience will be very small.

The world is messed up. It’s always been messed up, and it won’t change. Yet, over time, the stock market moves up 84% of the time. It pays to be bullish. It pays to be optimistic. Yes, there are stiff corrections, but those corrections are typically short-lived and are followed by several years of up-trending prices.

Constantly being negative and cynical and lacking faith the human race can move forward is the worst recommendation that’s constantly broadcasted.

Be bullish – most of the time. This is where the money is made.

I started trading in late 1999. I made a few bucks in the last stage of the nearly-18-year bull market and then lost everything and went well underwater when the dot com bubble burst.

I was so full of hope and optimism and was truly excited for the future. I had found my calling and just needed time to hunker down and get after it.

But my timing was horrible. I got involved right before the market topped. I was 27 and had lost everything.

There were certainly regrets, but it didn’t take long for me to take a deep breath and start over. It took a few long walks, but my underlying belief that I could successfully trade the market easily won.

Plus, I was good at spinning situations to be favorable. I figured if I lost a lot, someone else made a lot. I just needed to be on the other side.

You can’t fake it in this industry.

You can’t drive a fancy car and give the illusion you’re successful.

You can’t dress a certain way and give the impression you’re making bank.

You can’t throw your credit card around at happy hour and pretend like you’re a stud.

The one thing I do/am that has contributed most to my success is being totally freaking objective and honest with myself. You cannot do anything but face reality. In a world where social media pictures are carefully selected and a happy face is put on all situations, even though deep down inside there’s fear, taking a big deep breath and admitting/facing reality has served me best.

There’s nothing magically about my morning routine. I’m up at 6:30 (the market opens at 7:30). That’s plenty of time to do a few pullups/pushups and do some business housekeeping before focusing my attention on the market.

My prep work from the night before is reviewed, and I’m ready to go. I’m an intermittent faster, so I don’t eat until noon. Other than a quick stop at the bathroom and filling up my water bottle, I’m in my office for the entire morning.

Trading is my first priority at that time of day. Once things settle down in the market, I shift gears to whatever mini side project I’ll work on that day. It could be recording a YouTube video or preparing for a webinar or writing a blog post or doing research or something that will advance LeavittBrothers.com in some fashion.

Most days, I exercise on and off all day. I’ve been doing it for so long that I have no idea what it’s like to not do this. I step outside my office and do a set of pullups or literally drop down on the floor and do a set of pushups. Then I get back to work.

In a given week, I’d estimate I do 500-1000 pullups and 1000-2000 pushups. I can’t imagine not being healthy and physically fit. Besides the long-term benefit, on any given day, I’m guessing engaging in intense physical activity has some short-term neurological benefits. In fact, if I’ve hit a roadblock with something I’m working on, doing a couple sets clears my mind and gives me enough of a brain break to get back on track.

I make lists and prioritize. That’s it. I have long-term projects that could take 6 months (and a list of tasks that need to be completed), medium-term projects that could take 2-4 weeks (and their own lists), and short-term tasks that need to be completed either immediately or within a day. Then it’s just a matter of prioritizing.

On Sunday night I’ll have a rough estimate of my week. On Monday I’ll do a YouTube video. On Tuesday and Wednesday, I’ll work on X, a longer-term project. On Thursday I’ll shift gears towards research and reports that I’ll publish over the weekend. If I’m organized on Sunday night, I can pound out a lot of work during the week.

There’s nothing fancy about being productive. I make lists and prioritize and then get to work.

Stan Weinstein’s Secrets for Profiting in Bull and Bear Markets

Wall Street is hard. And it can be complex. And the players will leave you penniless and not care. Brilliant minds put out theories that only Ph.D.’s can understand. And it’s an old-boys club, where it’s extremely hard to enter unless you have the pedigree.

In Weinstein’s book, he peels away the confusion and intimidation and presents a simple methodology for approaching the market. Reading it was life-changing.

I was an outsider who didn’t know anyone or anything. The book gave me access. It gave me an approach that didn’t require connections or access to anything special.

I’m a classic introvert. I have no craving for the spotlight, and I’d rather work on my own.

But I was always told I needed to be more outgoing, that I needed to learn how to work a room, that I had little chance of being successful if I wasn’t better at giving presentations and networking.

This book put an arm around my shoulder and told me it was okay to be me. That I didn’t have to try to be anything other than the best version of myself. It helped me relax and just be me. I wish I had it when I was in high school, so didn’t spend so much time trying to be something I wasn’t.

This is slightly paraphrased to fit trading.

“Embrace the simplicity on the other side of complexity.” – Oliver Wendell Holmes

As I progressed with trading, the tendency was to add. Add time frames. Add indicators. Add signals. Trading is hard, so the solution must be hard. Or so I thought.

But eventually, you start stripping things away, and you emerge on the other side with a simple solution. But you reject the solution because it’s too simple. It can’t be that easy, you think to yourself. In fact, you want it to be hard so you have less competition. But it is what it is, and you need to embrace it.

You start with simple. You make it complex. Then you peel things away and make it simple again. That’s the simplicity on the other side of complexity. And it needs to be embraced. 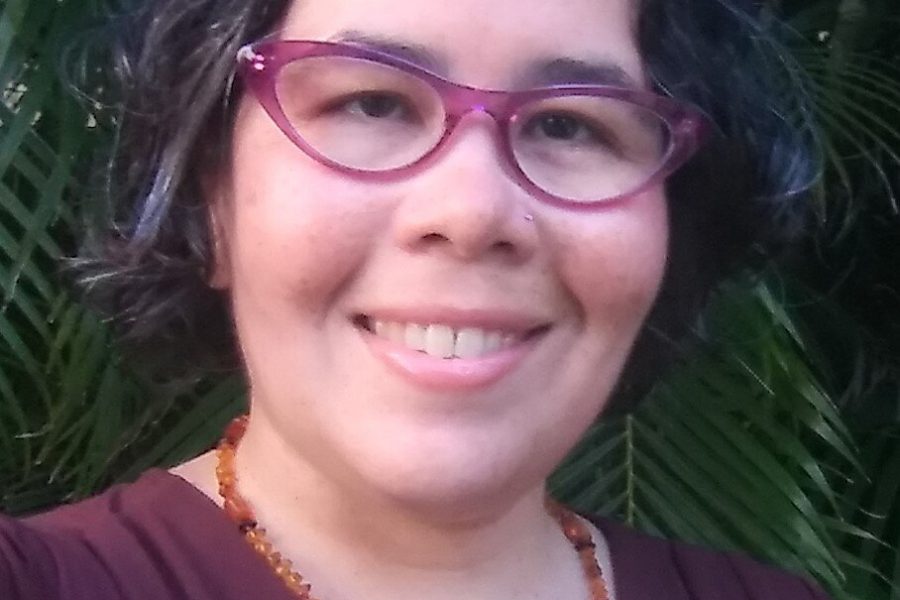 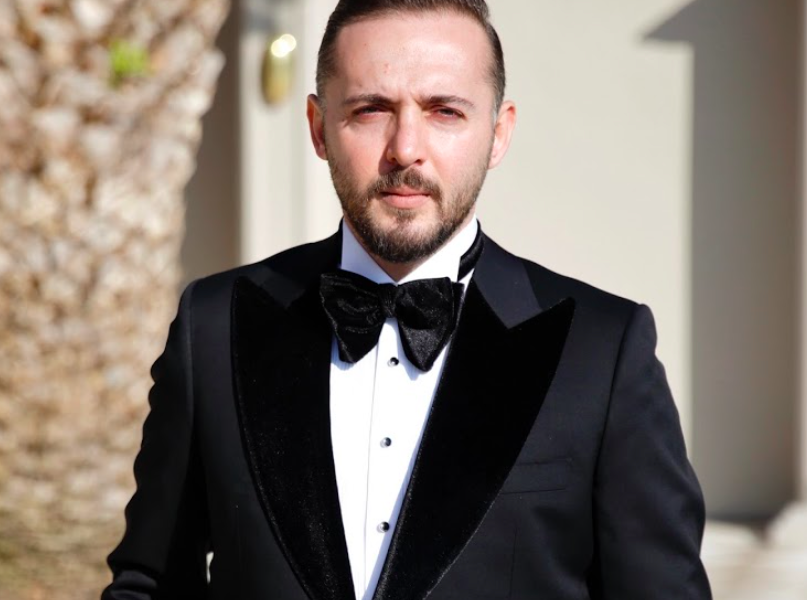