Adam Lyons, AKA the Psychology Hacker, is a serial entrepreneur and influencer. He is the CEO and Founder of Psychology Hacker, a marketing and advertising company that provides the best, most effective marketing strategies to help find hidden profits in any business. Lyons also serves as the Chairman & CEO at Thesmartblueprint.com, a social training company, and as the Founder and Managing Director at Bastrop Games and Hobbie, a hobby store for anyone who loves table top gaming.

Where did you grow up?

I grew up in the East End of London in a small government project with my family. I spent most of my evenings hiding out a home because it was so dangerous to walk the streets because of the thugs, gangs, and drug dealers.

My childhood was pretty much like anybody else’s. I went to school. I’d come home. I would sit indoors playing video games and Dungeons and Dragons with my friends. Pretty much anything to stop me from going out and hanging out on the street. I remember this one time. I walked to go and visit a friend of mine and we had to go through an underpass which is like a tunnel that goes under the main road and there was a gang of 20 guys hanging under there and they attacked me pinning me to the Concrete.

What is something you wish you would have realized earlier in your life?

Something I wish that I’d realized earlier in life is that,

Reading is truly the key to success, almost everything you need to know about being successful. Somebody else has worked it out and written it down in a book. As long as you’re willing to actually read a book and I don’t mean a Blog article or watch a YouTube video, but actually reading a book. You’ve probably got all the answers that you need right there in your hands. I remember for many many years wishing I knew how to start a business and all I needed to do was read a bunch of books on starting a business and I would have had all the information I needed.

What are some bad recommendations you hear in your profession or area of expertise?

Bad recommendations that I hear all the time in my profession and area of expertise are things like, “ give up your day job so that you can start a business.” I hear people say things like,

“You can achieve anything if you just believe in it.” I hear people say things like, “just be confident and everything else will come naturally”. All those generic pieces of advice I think are so dangerous because they cause people to give up on stability to reach for a dream but they’ve got no practical way of getting there. Thinking that hope, affirmations or the attraction principles are going to give them everything they want. In my experience that creates lazy people, the people I know that succeed are the ones that spend the time to actually learn the systems and processes that create success and then they follow those systems and processes diligently and if the system process fails, they don’t blame the system or process because ideally they’re following a substantial one that has been proven but they recognize it’s their ability to implement that system that has failed and that causes them to try and implement it in a different way and that’s where success comes from.

Tell me about one of the darker periods you’ve experienced in your life?

One of the darkest periods I ever experienced in my life is when I was living in South Africa. I was running a small business out there and it just started to have some success. Then the person that I was running the business for, because I wasn’t a partner and instead I was an employee. Had decided to cancel the business while I was there. So he owed me back pay of 25,000 pounds. He not only refused to pay that but he fired me.

After I had given up all my personal belongings. I’d given up my apartment. I’ve given up everything to help him run this business as an employee just because I believed in it so much. He just dropped me and left me in Africa. I got stranded in Africa for the next two years. No realistic way home, no money, no job, and I had to basically start a business from scratch while I was out there.

How did you come out of it?

I grew the business significantly! I ended up making about 50,000 Euros a month.

After two years I sold the business

for $2000 because I just wanted to get rid of it. All because I was so depressed. I’d basically built it out of pain and it took me almost a decade before I felt comfortable starting a business again.

What did you learn from that period?

The biggest lesson I learned during that period is when push comes to shove no matter how bad it is. If you’re willing to grind and put in the process and follow the systems, you can get any result you want, but that doesn’t necessarily mean that you’ll be happier for it that you really do have to find a balance between that which makes you happy in that which you need to do to succeed.

The thing I think has been the biggest contributor to my success so far is I’m pretty dumb if you explain to me something, you probably have to explain it to me three or four times before I understand it. However, I’m comfortable admitting that I’m dumb and asking you to explain it three or four times. In doing so I tend to learn it deeper than most people and that depth of knowledge tends to serve me well and enables me to fully understand the task. I’m doing it to make sure that I do it correctly.

My morning routine is pretty strict. I wake up most days at about 4:30 a.m. I refuse to do anything in the morning that doesn’t directly move me towards my business goals. So I’ll start by creating some content or outlining the next project on X Program I’m going to be working on. Then I’ll do some light exercise. Nothing too crazy. Just something to maintain my body shape.

After that, I come to have breakfast with my family. Once I’ve had breakfast with the family, I’ll have some pre-meetings with key staff members that I’m training up to help them improve in their areas. And then when the company meetings kick in I sort of like duck out and do more growth tasks things that help move the company forward. For the remainder of the day, it’s phone calls and reactive tasks, you know day-to-day things that just have to happen.

The number one habit or behavior that I’ve been following for the last few years that truly improved my life, is probably making sure that in the morning I do the biggest growth task. The very first task I do is always the one that’s going to be the biggest amount of money and I found that as long as I do that first, then I’m always moving forward in the right direction. It’s when I stop that process, that there’s a problem.

My biggest strategy for being productive and using time efficiently is to break my day down into three key sections. First what I do is what I like to call the “need to’s”. The “need to’s” Are things you need to do in order to grow. So these are brand new tasks. Things you’ve never done before. Trying that thing that you know that if you could make it work, it would make all the success that you need the things that take the most brainpower. Next, I do, “have to’s”. Remember, “have to’s” are a previous “need to” that has now become a system. So for example, a need to might be to learn how to write a book. Where I have to continue to write the book that I’ve already identified a need to create. The last would be, “the want to’s” the things I want to do. So that might be, you know, playtime with my family. Possibly reaching out to do a random business connection, that might help my company grow. It’s possible it might not have much chance of success.

However, I want to do it anyway. Breaking my day down to those three things has really helped me.

When you feel overwhelmed or unfocused or have lost your focus temporarily what do you do?

When I feel overwhelmed or temporarily unfocused the thing I do is jump in the shower. I found nice hot water for about 20 minutes is one of the fastest ways to recenter yourself and really think about what’s important or even better what you need to do in order to grow. I think a hot-water shower is one of the best ways to just cleanse off all the past of what happened before the shower and get ready to walk out of that shower a new person ready to succeed!

What books have influenced your life the most and why?

The book that most influenced my life was Rich Dad Poor Dad by Robert Kiyosaki.

This particular book taught me the importance of building assets and not costs. Of course, shortly after, I was quickly influenced by The 4-Hour Workweek by Tim Ferriss, which taught me the importance of systemizing things. I feel a lot of people get the wrong thing out of that book. They get the idea that you shouldn’t work much but that’s not actually what I got out of it. I got the importance of systemizing things and not wasting time. I actually work a lot more than four hours a week, but I’m very productive in the hours that I do work. Another great book is Talent is Overrated by Geoff Colvin. That’s the one that made me realize that I can do anything.

Providing I’m willing to actually put in the work and the practice to get good at it. The last book would have to be Brain Hacking as probably the next most influential book because that’s the one I wrote that helped grow my company. it’s available on Amazon.

Do you have any you live by or think of often?

I think the only quote I live by is,

“If you’re not growing you’re shrinking” and I think a lot of people don’t recognize that fact. Basically, if you’re not constantly improving then because everyone else around you is growing and trying to improve. The minute you choose to stay where you are or not try to grow and improve or hold your progress. You’re actually shrinking because everyone else is growing. And so therefore your ketchup is going to be significantly harder. As long as you keep pushing yourself to grow and expand then you’ll never have that problem. Since there are people out there that aren’t growing you actually grow at an exponential rate. 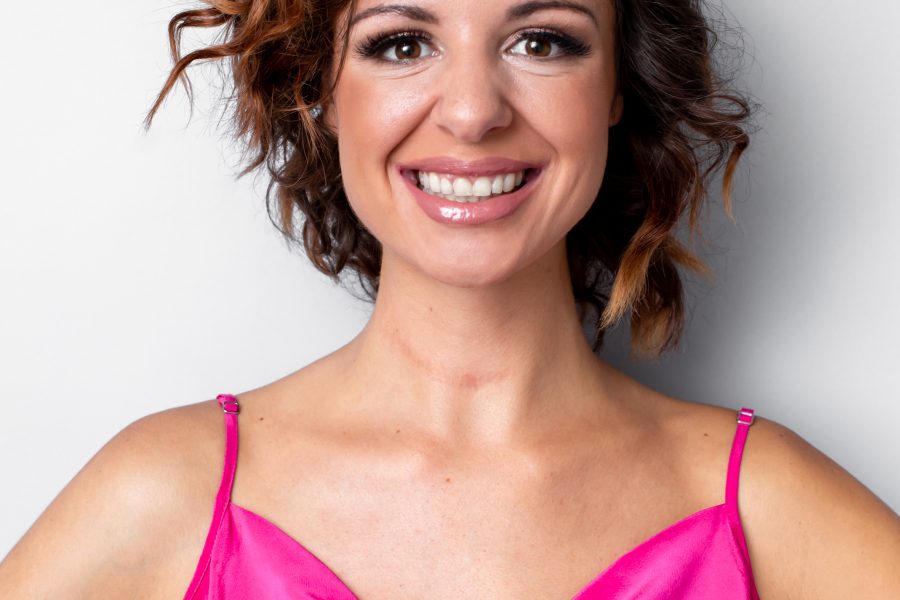 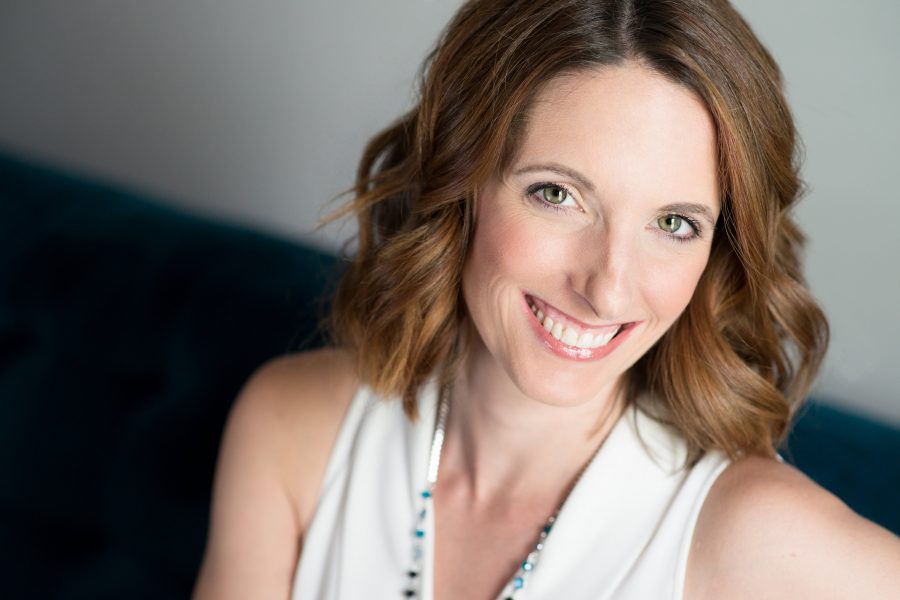