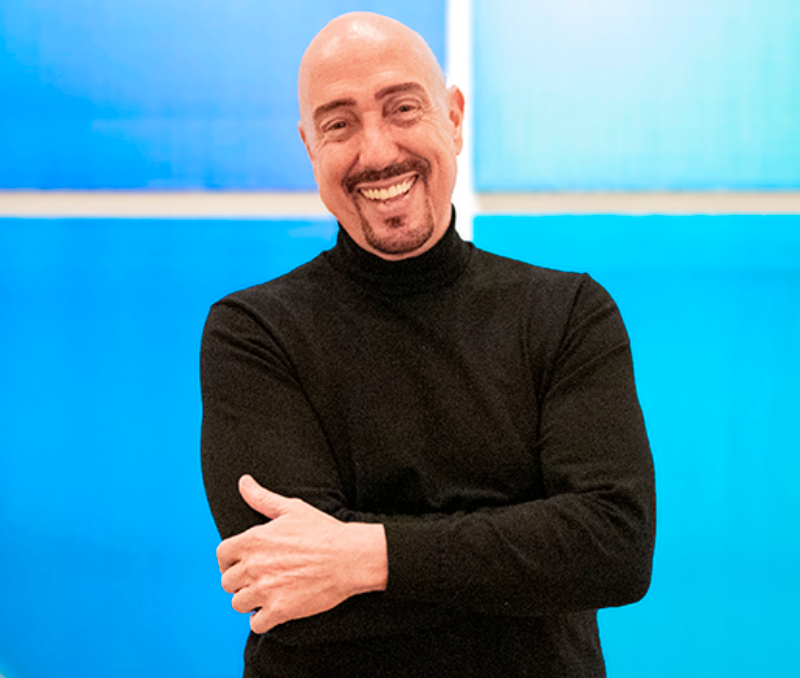 Bill Lowe is the owner and president of Bill Lowe Gallery, a fine art gallery that represents artists who share powerful and eloquent visions supported by a highly advanced mastery of their media. His vision was to create a philosophical advocacy expressed through potent works of art by artists driven by powerful visions, eloquently articulated with unrivaled technical mastery.

I grew up in small towns in Alabama – Anniston and Smiths Station, just outside Phenix City (located in the Columbus, GA metropolitan area). My childhood was defined by being one of eight (8) children – all born within a ten-year period.

My mother was born in Budapest, Hungary, and met my father in Germany, just after World War II. She was a performer – a singer – with her three sisters, known as “The Darlings”. Her life had been shattered by WWII, during which her family lost everything and spent almost three years in a labor camp.

My father grew up in Columbus, Georgia, and was the product of a gentrified – and mythologized southern ethos. He was a man who was driven by dreams that were not realized. Meeting my mother in Europe was – for both of them – a collision of cultures and aspirations.

This had a profound effect on me and my siblings. They married at age 19 and 21, then produced 8 children at a time when such large families were frowned upon. There was some stigma attached to it. I was lucky to have grown up in the Episcopal church, which is a more open-minded group; however, my parents were not firmly attached to religion.

My father was a staunch segregationist – intensely so. My mother had exactly the opposite view. My family has always been very politically motivated, and my entire childhood was informed by tumultuous battles over dinner about race, integration, etc. This informed my worldview in a deep way. I would say my mother’s point of view “won” with me. I am a committed advocate of social justice.

Unbeknownst to me as a child, but evident to others, was the fact that I was not the standard little boy in Alabama. I was gay.  Like most children, and certainly, most gay children, I did not understand my differentness. Of the 8 children, two of us are gay.

My childhood was dynamic, but – in truth – I was traumatized by domestic violence and addiction. Even so, I view my childhood as very happy. I played the role of a surrogate father to my five younger siblings and actually loved it. I was good at it. I have always had unusually close relationships with all my siblings, all of whom are still alive, and all of us are 60 – 70 years old. We are a tribe that has passed through many lifetimes together.

I had the privilege of knowing both my father and mother loved me – and did the very best they could with what they had to deal with, and coming from their life experiences. My dad was very hard on me because he was trying to “toughen me up”. But it was well-intended, even though it caused me stress. I do not regret the childhood that I had.

This is a tough question. . . I suppose I wish I had realized my personal strength and power, which is formidable. I lived much of my life “trying to be small” or unnoticed, to avoid problems.

A horrible recommendation I often hear in this profession is to buy art primarily as an investment. That is baloney. The people who initially acquired any great artist, from Rembrandt to Picasso, and on to Basquiat and current titans, did so first and foremost because they loved the way it impacted them when they looked at it, so they wanted to possess it and live with it. And then other people had the same reaction and over the course of time, the values increased organically. That is a bonus, but should not be an expectation. The other horrible assertion I hear from much of my profession is “ the public” doesn’t understand great art, that they are unable to comprehend high concept. Again, this is baloney. My belief is that if high concept translates into physical beauty – or compelling form or image – the audience senses it, whether they can articulate it or not.

Wow, at the risk of sounding melodramatic, there have been many dark periods in my life. One that was “the gift that keeps on giving” is the AIDS epidemic.  I did not actualize my gay life until I was almost 28 years old. That was the very year that the AIDS virus hit the gay community. In the early years of that pandemic, a diagnosis was a death sentence. At this time, everyone was terrified and society – not understanding things – viewed it as a “gay disease” and something we deserved because of what they viewed to be a “choice”. In 1992, within the span of 9 months, my five (5) closest friends died. This was before the advent of drug cocktails. Living in fear of what this plague would/could do to my life has lived like a malevolent animal lurking in the jungle of my psyche for decades.

I think my unique view of art as a delivery system for higher consciousness into this plane of existence – or into our culture – once I explain this to my clients, makes sense to them. It elevates art to its appropriate status in the hierarchy of our values. This comprehension, coupled with what is often described as my exceptional communication skills, a high sense of showmanship, and inclusion has brought tens of thousands of people into the art equation that might not otherwise have entered it. Someone once said that I “preach the gospel of art”. I laughed but had to concede he was right! My view of art as having the power to facilitate a kind of psychic and emotional surgery upon the human heart and soul, at both a personal and societal level, is something I advocate with an almost evangelical fervor – and with humor and warmth.

I am pretty ritualistic. I wake up around 7 AM and jump out of bed into high gear – prepare to go to the gym by taking my tons of vitamins and eating what is necessary to hold them. Then work out and rush back home, try to catch the news while dressing for work. I am a news and political junkie. As I do all this, I am texting and e-mailing staff and clients much of the time. I think at the speed of light and like to act at that same speed. Once ready to leave, I grab an extra-large coffee from Dunkin drive-thru and am on my way to work. I would rather be in my gallery than anywhere on earth. I love every second of it and often work seven (7) days a week. It is my laboratory in this life, my stage, and my temple. I have zero interest in ever retiring.

The behavior I pursued that has most improved my life is that I have been clean/sober for the past 35 years – no alcohol, no drug of any sort. And I have tried my best to act as a channel through which information I know can help all people can flow. I am unapologetically exuberant about abstinence, kindness, and tolerance in every aspect of life.

Wow. . . just get to it and do it. I am dismayed by those who are not interested in action- but understand that this is their path. From very early childhood I had a deep desire has played a transformative role in our world – to impact planetary consciousness, even if only at a micro-level.

Four (4) books that have influenced my life in a profound way are The Biology of Belief by Bruce Lipton, which examines the relationship between our belief and our biological reality – Right Use of Will by Ceanne DeRohan, which explores healing and evolving the emotional body – Twelve Steps and Twelve Traditions by Bill Wilson, which distills the enormous scope of healing afforded to those affected by addiction – and Science and the Akashic Field: An Integral Theory of Everything by Ervin Laszlo, a survey of the intersection between mysticism and science; in particular – the quantum realm and the spiritual domain. I have an immense interest in these areas. The Key to Yourself by Venice Bloodworth also impacted me in a surprisingly intense way. It examines the metaphysical dimensions of Christian teaching and thought.

Yes – “Do unto others as you would have them do unto you”, “If I am not the problem, there is no solution” and “Judge not, lest ye be judged.” 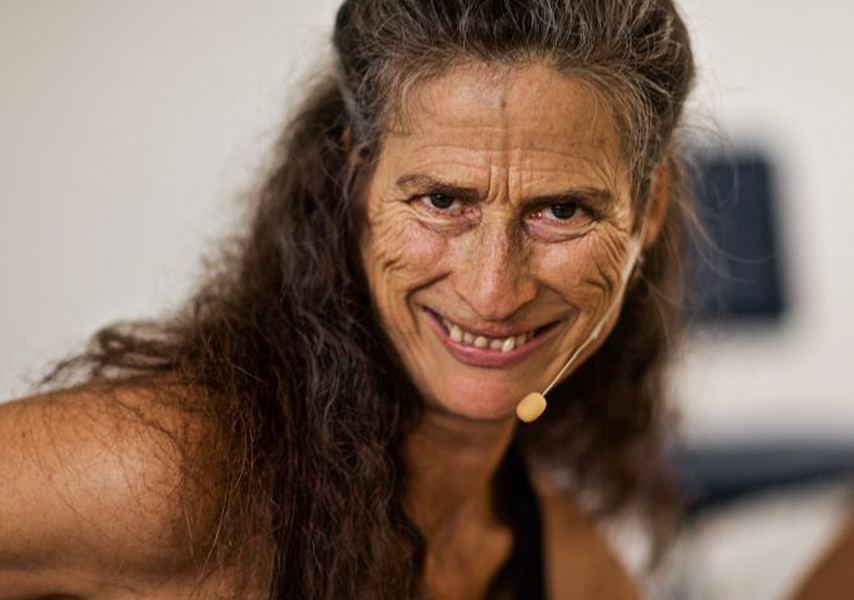 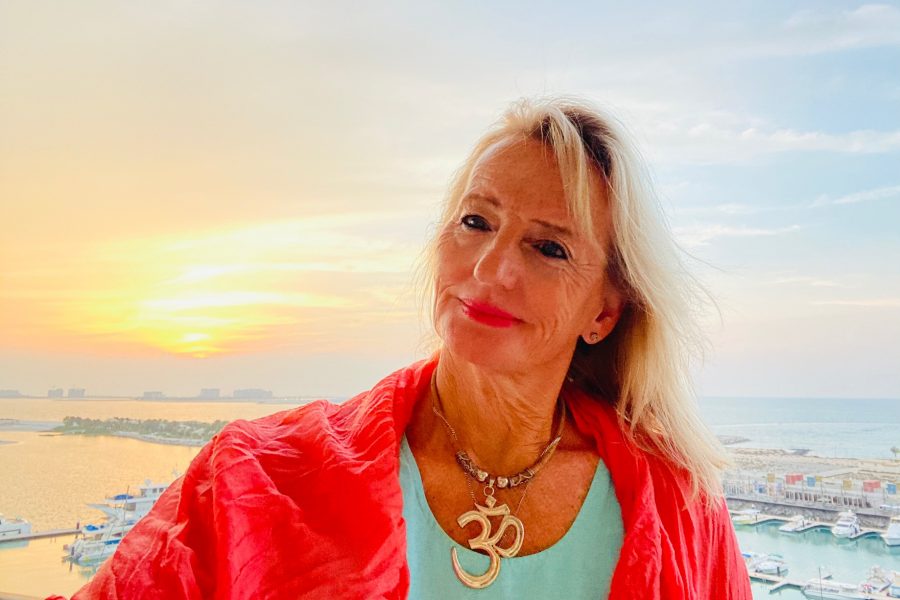