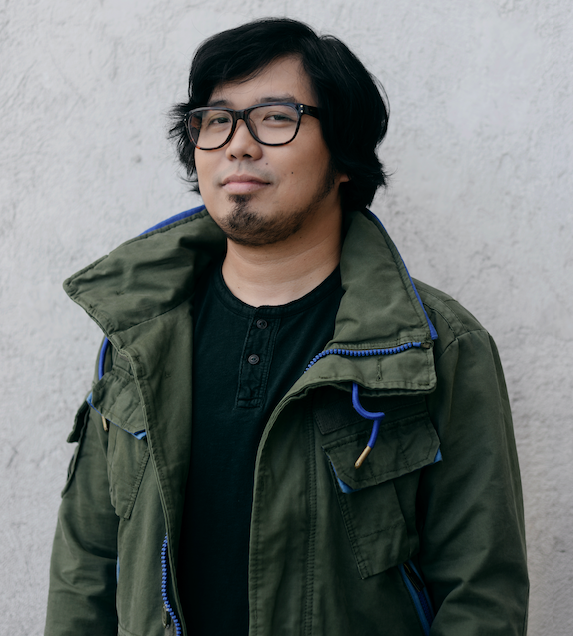 Dan Matutina is a designer and illustrator. He is the Co-Founder, Partner, and Designer at Plus63 Design Co. and Hydra Design Group, and illustrator at Twistedfork. Dan predominantly works on editorial illustrations and posters and is exceptionally adept at producing animations and commercial illustration for big brands such as Apple, The North Face, Shibuya Sky, Google, etc.

I’m now based in Manila, but I grew up in Tacloban City, in the southern island province of Leyte. Coming from a lower-middle-class family, one of the things my parents have always been pressed on my siblings and me is to do well in school and get a good education.

While studying at a public high school, I was part of a program called ESEP (Engineering and Science Education Program), which prepared us to take degrees in the sciences and math. My inclination to the arts was only seen as a hobby and not anything worth pursuing. That changed when I decided to take a course in Fine Arts at university. In hindsight, that high school program remains a big influence since a majority of my illustration work relates to science and technology.

Also growing up in the province, and with my Dad working in sales, I learned to appreciate traveling to other places in the region, trying out different kinds of food, and meeting new people. Those road trips were eye-opening experiences to many wonderful and amazing places in the Philippines. Although most of the time I slept on the passenger seat while my Dad had to drive for hours on the road, hahaha.

Growing up in a province and experiencing several strong typhoons followed by blackouts, water shortages, terrifying landslides, or collapsing bridges, you learn to expect the worst and adjust quickly. Those experiences have really helped me become a bit more adaptable and resilient in life. I’ve learned to worry less and take things in stride.

In recent memory, Tacloban became one of the most devastated and battered areas of Typhoon Haiyan, one of the most powerful super typhoons ever recorded. No one was prepared enough for the damage it inflicted on the city and other areas found along its path.

I wish I knew that having a passion for what you’re doing is not enough. Hahaha.

While passion for the work carried me through tough times and challenges, that did not immediately translate to creating work that was up to the standard I set for myself. I needed to work harder in developing the tools and skills equally deserving of that passion.

There’s always a misconception that to be called a “successful business,” you need to scale up — expand operations, offer more services, and hire more people. Yet a lot of the creative businesses and studios that I admire have kept their operations small and still get to work with such amazing clients and projects. So in running my own studio and practice, I value being able to focus on the work that matters to us, and still have time for my team to pursue personal projects for their own fulfillment and growth.

On November 7, 2013, when Typhoon Haiyan was about to make landfall in Tacloban City, I was in New York for the ADC Young Guns awards. I was very happy to be receiving the award (since most of the creatives I admire have received this too), and was looking forward to sharing snippets of the evening with my parents. At first, I didn’t think I had much to worry about, since my province had experienced so many dangerous typhoons, and my parents seemed calm.

What started out as a celebratory moment quickly turned into dread. In the middle of the awards night, communication lines with my parents were cut and we didn’t hear from them for hours (that stretched into days). The next day I was so stunned and shocked to see photos of the devastation and read news of lawlessness that followed. I honestly thought that our house was destroyed and that my parents were dead. It seemed impossible for people to survive that kind of disaster.

Already thinking of cutting my trip short, I finally got a call from my parents. It was only then that I was able to sleep well, but there was still much to do to make sure they remained safe and had the supplies needed. During those times of uncertainty, I’m glad that I was able to have the support of family, friends, and even acquaintances and strangers who were quick to lend any kind of support. I learned again to trust in the goodness of people.

After Haiyan, I’ve always involved myself in any project connected to Disaster Management and Revitalization as a way of giving back.

My ability to morph from one role to another. When I was younger, I was more of a follower than a leader. But I think that helped me become a better collaborator with other designers and artists — that I can lend more support to other people’s ideas. I’ve also learned to take the lead and grown to enjoy managing a team. If you need me to step aside and cheer from the sidelines, I have no problem doing that too.

My pre-Covid19 pandemic routine was waking up at around 5:30-6 AM, taking a shower, and then stepping out at 7 AM for breakfast with coffee. I’d then hangout at a coffee shop for an hour or two and reply to some work emails, messages on Teams / Slack, and finally catch up on some news and blogs. By 8 AM, I’m ready to leave for the studio. For the past nine months, I still get to wake up early in the morning, but I no longer have the coffee shop and studio routine since I’ve been working from home.

What habit or behavior that you have pursued for a few years has most improved your Life?

Never being late to meetings and deadlines! I’m not saying my record is 100% but it’s close to that. In the rare moments that I’m late, it’s because it was beyond my control.

This habit came about as a result of a stressful and embarrassing experience when I was in grade school. Haha. Because I had to wait for my mom to finish some household chores in the morning, I ended up being dropped off late in school. And since my school would punish students for tardiness, I was made to stand under the heat of the blazing sun for around half an hour, which led me to even missing more classes! Thus I learned to go to school on my own just so I wouldn’t be late. I carry this habit up until now, which is pretty helpful considering the traffic here in Manila is so bad.

Having achieved “inbox zero” for a few years now has really helped me a lot. I’m not sure if this applies to everyone, but this really helped me not get overwhelmed with emails. It’s not just having zero unread emails, but more about letting go of the trivial and focusing on the things that matter.

Merlin Mann said it best: “It’s about how to reclaim your email, your atten­tion, and your life. That “zero?” It’s not how many mes­sages are in your inbox–it’s how much of your own brain is in that inbox. Especially when you don’t want it to be. That’s it.”

The only thing I struggle with is sometimes checking my emails upon waking up in the morning — that can really derail the day’s schedule! I’m more productive and have more control of my schedule when I start checking emails once I’m having breakfast at a coffee shop or when I’m settled in the studio.

Design as Art by Bruno Munari

First time traveling around Europe in my early 30s, I chanced upon this book also at a time when I had a lot of questions about my creative practice. This book gave me the clarity I was looking for.

Noli Me Tangere (Touch Me Not) by Jose Rizal

Written by the National Hero of the Philippines, I read this as required reading in high school and in university. Rizal’s novel on love and revolution really opened my eyes to the different ills that befell the Philippines in the hand of our Spanish colonizers.

This eye-opening novel resonated with me because I’ve always been bothered by how the West has tried to force their culture and beliefs on countries they colonized. And most of the time it’s done violently, with its effects still lingering in the present. Because the Philippines has been colonized for centuries, we’ve developed a “colonial mentality”, which has imbibed unto us a sense of inferiority. It has been a constant battle to remove this from our collective psyche.

Lord of the Rings Trilogy

It’s just so good! The epic storytelling and sweeping adventure, has influenced me to mine for depth in creating characters and expanding the possibility of my imagination.

“Be brave right through and leave for the unknown.” – Rabindranath Tagore 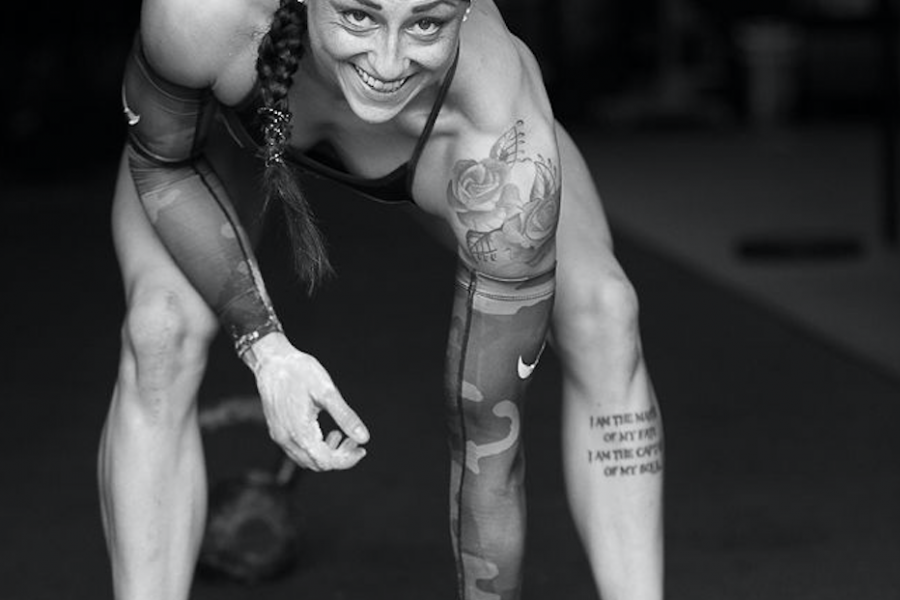 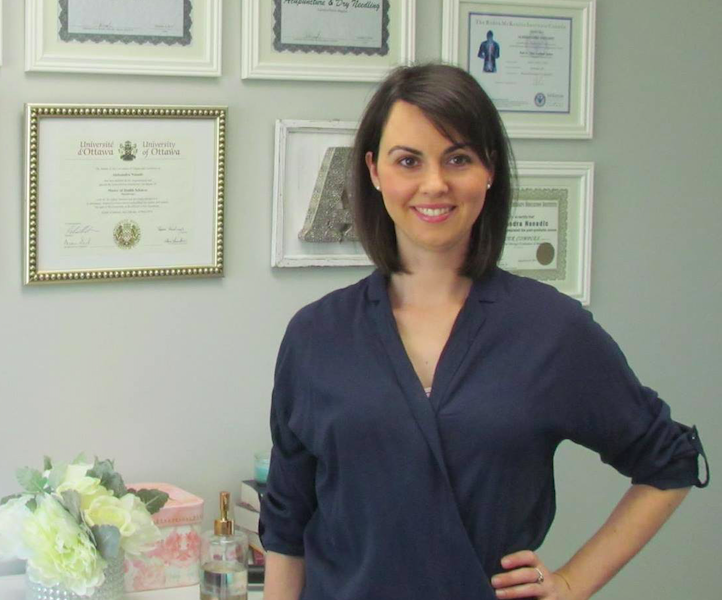