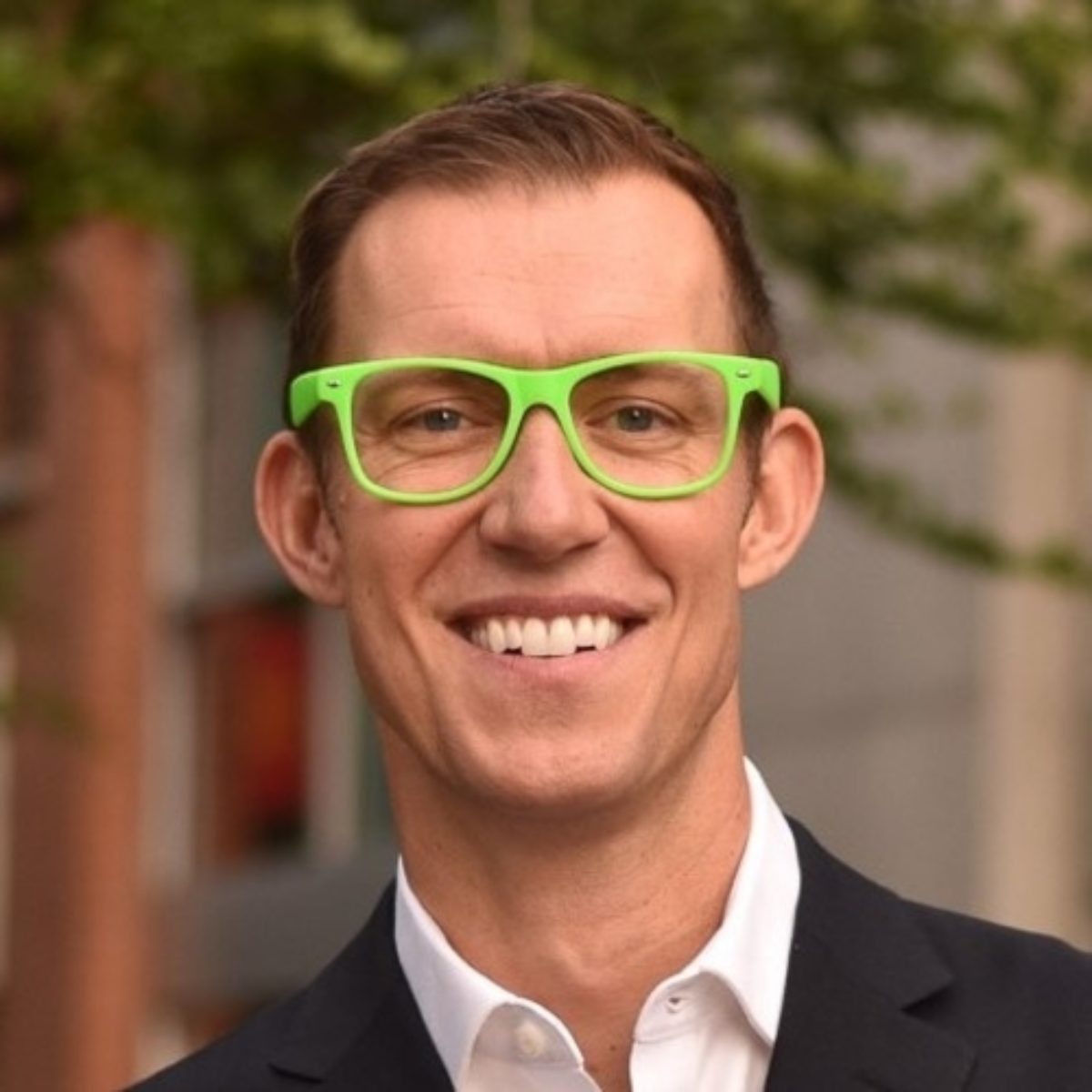 Erik Qualman is a bestselling author of books about Innovation and Digital Transformation and a sought-after motivational speaker. He was voted the 2nd Most Likeable Author in the World behind Harry Potter’s J.K. Rowling. Erik is the founder and owner of Equalman Studios, a company that produces award-winning movies for Fortune 1000 companies, small businesses, and nonprofits.

I grew up outside of Detroit and loved my childhood. I was blessed to have parents that taught me the importance of hard work and empathy. I also learned the importance of community as I was surrounded by leaders, readers, and friends that were upstanders versus bystanders.

One of the best things that ever happened to me in life was getting my teeth knocked out. Let me explain…

My daughter started inspecting my smile and a quizzical look came over her face. “Daddy, why are three of your bottom teeth more yellow than the others?”

“That’s because these teeth are fake. The real ones were knocked out,” I explained.

“Don’t be sorry, honey. They remind me of one of the best things that ever happened for me, not to me.

I explained that growing up there was nothing I wanted to do more than to play college basketball. After I was cut from the high school team, I realized my dream was most likely not going to become a reality. However, I kept at it, and I loved basketball so much that when I arrived at Michigan State University, I became a manager for the basketball team—a waterboy. I loved being a manager, but I’d still lie awake at night dreaming of making the team as a player.

Seeing firsthand what it takes to be one of the 13 players on the country’s number one ranked team, I started not only to dream, but I started to play before and after practice, as well as lift weights and run. Looking back, by my junior year I was good enough to be on the team, but unfortunately, I didn’t realize it at the time. I didn’t have the confidence. I wasn’t willing to walk into discomfort. I wasn’t willing to step into my story. I didn’t try out. In my mind, I was constantly questioning myself, “How could I, a kid cut from his high school basketball team, play for one of the top ten programs in the country?”

Later that year, in the same week, many of the players got sick and injured. Not having enough players forced me into practice. This was my time to show the coaches—and myself—that I was more than good enough to be on the team. While I was nervous, I was performing extremely well.

Going up for a rebound, an elbow hit me in just the right spot to knock out three of my teeth. I already had one fake tooth. That fake tooth was the point of impact. The tooth I spat into my hand was a fake one. I did not realize that two real teeth had been knocked out and lay on the floor near the player’s bench. I felt that this was my moment, and I was doing well, so I kept playing through the pain. I figured I could get the fake tooth replaced in the weeks ahead—this was my chance and nothing was going to stop me! Or, so I thought.

About ten minutes later, the trainer discovered the real teeth by the bench and noticed that I was still bleeding. They stopped practice and rushed me to the dentist. The entire way there I couldn’t believe my rotten luck—my one chance and I’m being rushed to the dentist. The next day, Coach Izzo addressed the team, “Well Qualman, I don’t know if you’re the dumbest kid I know or the toughest kid I know. Probably a little of both.

At that moment, and when I made the basketball team the next year, I didn’t realize that getting my teeth knocked out and continuing to play through the pain was the best thing to happen for me. Coach Izzo has built the Michigan State program on grit and grind. He saw this grit and grind in me that day, turning one of my worst days into one of my best days. The next season I made the team and eventually earned a scholarship.

Things happen for us, not to us. Even getting your teeth knocked out.

I’m a big believer that things happen for you, not for you in life. My first initial (E) combined with my last name (Qualman) form the moniker Equalman—which sounds like a superhero. For years I avoided the name “Equalman” as it was a constant source for teasing and bullying. Then a magazine, for their cover story, because of “Equalman,” wanted me to wear Clark Kent-Esque Superman glasses. They also wanted them to be bright green ever since. Patrick’s day was coming up. They stuck. This moment happened for me as it allowed me to step into my story. Today, one of my main messages is encouraging everyone to step into their story. While uncomfortable at first, it is the most comfortable place we can be long term.

As for me, the green glasses teach me to walk in discomfort every day. They also remind me to focus. And, they have been good for business. While we do lose some business because of them, we gain more business in total. In order to be outstanding, you first need to stand out. It’s hard to miss the 6’6” guy with green glasses and the name Equalman. Companies are now buying green glasses for their virtual or live audiences by the thousands. They are fun and remind people to focus.

There is an even longer story involving Kenya and a Cheetah but I will save you from that – the longer version is on my podcast (Super U), but below is more from the book…

I’ve been wearing bright green classes for years. Oh, the stares I receive. Some people think they look foolish, while others love them. Like Cato, at first, I felt embarrassed, ridiculous, and ashamed. However, as the days stretched into months, I started to realize the genius behind what Cato had learned centuries ago. Learning to walk in discomfort made everything else seem more comfortable. Wearing green glasses also taught me to focus on what was important and what was not. Who cares if someone I don’t know at the airport thinks I look silly wearing green glasses? It doesn’t matter. These little things just don’t matter. The glasses taught me only to focus on the significant areas of my life.

GIVE. Give to others. Give your time, treasure, and talents away. Give others a break, including yourself!

My best friend from growing up in Detroit recently passed at the young age of 49 (cancer). I learned that you never really come out of it, nor should you. I know my friend (Mike) would be telling me to learn from it and that’s what I’m doing. What I’ve learned is you can’t buy childhood/lifelong friends. No matter how much money you have this is something money simply can’t buy. Cherish these relationships as we don’t have many of them. Call them. Love them. It reminded me to be grateful for every second. It’s amazing how upset we get about the silliest of things when all we have to do is breathe, literally and figuratively. We often forget this. To get out of a dark period you sometimes need to go very, very dark. This is part of the process. It’s always darkest before the dawn. RIP Mike.

It’s funny that my initials are EQ. Millions are smarter than I am (IQ) but where I lucked out is I’ve always loved being around people and possessing a high degree of empathy — putting myself in others’ shoes. In short, I rely on EQ (emotional intelligence) more than IQ. I simply love being around people and trying to help them and what I’ve found is when you do this it comes back three-fold.

This can sometimes shift due to travel or other reasons, but below is what an average day would look like.

5 minutes of stretching and brushing my teeth

5 minutes reviewing the one thing that will make everything else easier or unnecessary. What’s the one thing I need to absolutely do today?

Coffee, Green Tea, or Hot Water and spend 30 minutes on attacking the most important thing before the day attacks me.

Being better focused has unlocked everything for me. There are three key learnings I’ve learned about focus as anyone can do it!

1. Focus can be learned, it can become a habit.

2. Successful people are better able to focus, yet they don’t have more talent or willpower than others, they have better systems and processes for saying “no” to almost everything.

By saying no to small things they can say yes to big things!

3. When it comes to better focus, perfection isn’t the goal, progress is.

I have a few — and plenty more in my book The Focus Project. The most important is to attack the day before it attacks you. Meaning focus on the important items while your brain is fresh. Don’t get pulled into the trap of doing the urgent or the unimportant (leave the email till later).

I also have a method, a method I call cowboy scheduling. It’s simple. A calendar with fenced-off areas and wide-open spaces. I still can’t ride a horse to save my life, but I can now schedule like Annie Oakley or John Wayne. I just don’t smoke five packs of cigarettes a day like Wayne.

This week give it a try — try scheduling like a cowgirl or cowboy by fencing off specific times for yourself and leaving wide open spaces for creativity, relaxation, and deep thinking. Warren Buffett talk me that an open calendar allows for an open mind and a world of opportunity.

All of the below books inspire by reminding us not to sweat the small stuff, simple wins, that anything is possible, and to give it to life.

1. Give and Take by Adam Grant

3. The Happiness Project by Gretchen Reuben

4. The One Thing by Gary Keller and Jay Papasan

6. Stillness is the Key by Ryan Holiday

9. Made to Stick by Chip and Dan Heath

If you can dream it, you can do it. — Walt Disney 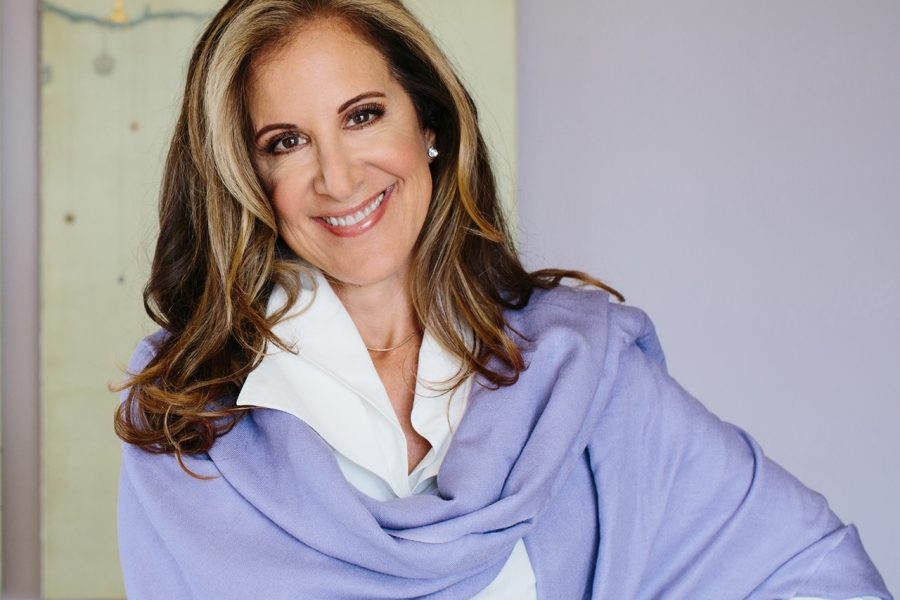 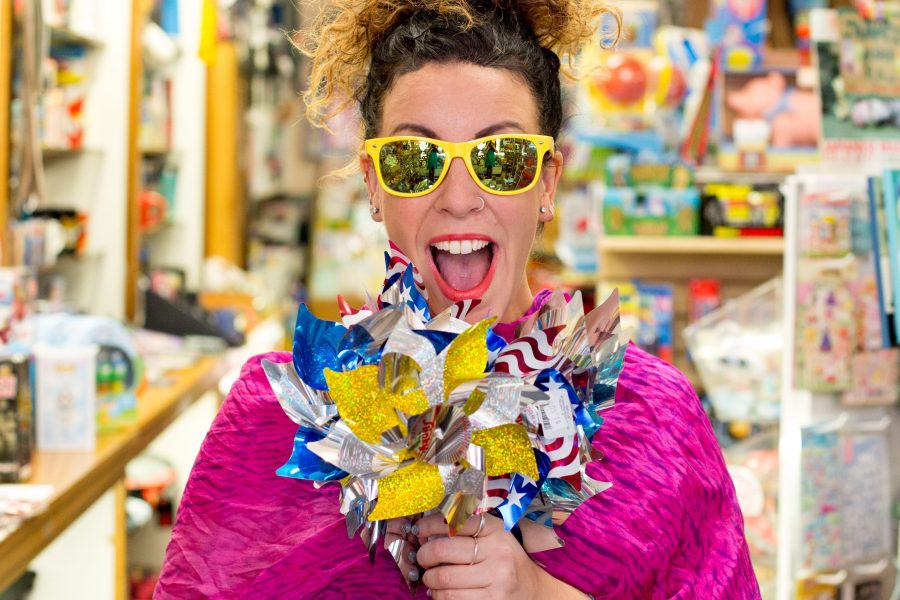