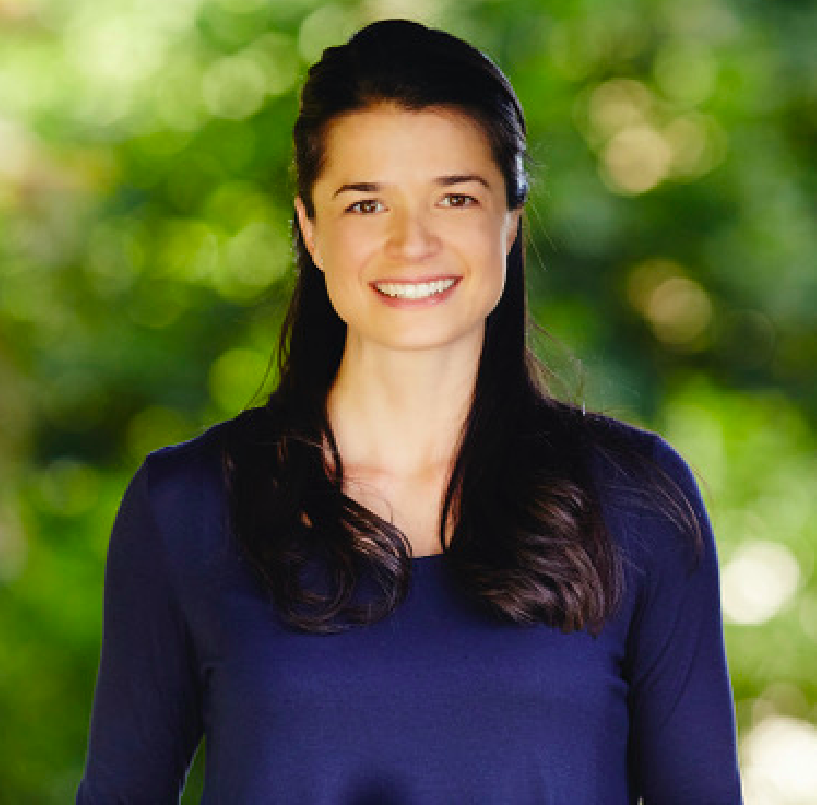 Georgia Hunter is an author widely known for her best-selling novel We Were the Lucky Ones, a book inspired by the incredible true story of one Jewish family separated at the start of World War II, determined to survive — and to reunite. Aside from writing novels, Georgia has also taken on the role of freelance copywriter in the world of adventure travel, crafting marketing materials for outfitters such as Austin Adventures and The Explorer’s Passage.

I grew up an only child in southeastern Massachusetts in a town called Plainville, which is about as big and exciting as it sounds! I was born at home, with the help of a midwife (during a blizzard!) in a post-and-beam house my father designed and my uncle built, tucked away in the woods. My parents both worked, my mother in a family export business and my father as a writer and acting teacher.

When I was five, a riding stable was built down the street. Every day, we’d drive past the pasture where two white ponies, Buttons and Bows, grazed, and every day, I begged for lessons. When my parents finally relented, I was hooked. Horseback riding was an expensive hobby, though, so my parents offered me a deal—I could ride on two conditions: first, I’d have to work to help curb the cost, and second, I’d have to keep up my grades. So, I studied hard, aced my tests, and spent my weekends grooming horses, mucking stalls, filling water buckets, and doling out bales of hay. I appreciated having to earn my keep (despite the fact that several of my friends at the barn owned fancier horses and had no such contract!), and I’d like to think that deal with my parents solidified a work ethic that’s stayed with me to this day.

By the time I was seventeen, I was competing at the Grand Nationals and also as a member of the U.S. World Cup Team in a division judged on my form (not on the horse) called Equitation. Riding for gold at the highest possible level was hard and humbling and exhilarating. I loved every bit of it. And while I didn’t think much about it then, I recognize now how learning to manage the pressure of a championship ride with strategy and confidence has helped me to navigate the stress and the challenges I face today.

What is something you wish you had realized earlier in life?

My novel, We Were the Lucky Ones, is based on a chapter of my family history I had no idea existed as a child. My grandfather, a Holocaust survivor, never spoke of the war, or of his Jewish upbringing. I learned about his past a year after he’d died when a high school English teacher asked us to interview a relative to investigate our roots. I sat down with my grandmother and was astounded to learn that I was a quarter Polish/Jewish and that I came from a family of Holocaust survivors. The discovery left me with a sea of questions; some fifteen years later, I set off on a mission to find some answers.

My journey to unearth and record my family’s story spanned a decade, and while I was able, in the end, to piece together a cohesive narrative, I often wish I’d had the chance to talk with my grandfather while he was alive. I’d have asked him what it was like to grow up in Poland, to find himself stuck in France at the start of the war, to make the decision to flee to Brazil in ’41, to cope for seven long years with not knowing whether he’d ever see his siblings or his parents again. I’ve come to know my grandfather and his family in ways I never would have, thanks to my research. I’ve come to understand myself—why I am the way I am—as well. For this, I’ll forever be grateful. But I do wonder how my outlook on life would be different, had I been privy as a child to my grandfather’s untold past.

What are some bad recommendations you hear in your profession or area of expertise?

One thing I’ve learned about writing is that there is no one best way to put words to paper. Everyone in the field has her or his own best practice. Some write from four to six in the morning, before their families are up, others settle in to write late at night. Some outline before starting a book, others have a vague idea of a beginning and an end, and faith that once they begin, the story will unfold as it’s meant to. Some read everything there is to read on a topic or a setting before diving into their prose, others prefer not to be influenced by the works and ideas of others. So—if you’re an aspiring writer and someone tries to tell you you’re going about the craft in the wrong way, I say ignore them! You know you better than anyone. Trust your gut, pick a practice that works for you and stick with it.

In 2013, I lost a baby girl, Anabelle, halfway through my pregnancy. The months and years that followed were impossibly hard. I was overwhelmed with sorrow and anger and guilt. My husband and I struggled to conceive for another four years, but somehow never gave up on the dream of growing our family, despite round after round of unsuccessful fertility treatments. Thankfully, in 2017, our luck finally turned. Our little guy is almost four now, and I still look at him every day and consider the miracle of his being. I think about his sister, too, and of my love for her. My heart still aches, of course, when I think about what could have been. But Anabelle’s story is my story, and I’m grateful for the stronger, more resilient, more accepting person she’s helped me to become.

I’d like to think that passion has played a significant role in my success as an author. I wrote We Were the Lucky Ones not to pen a best-seller, but to preserve a piece of my family history, so that my children and their children (and so on) could pick it up and experience, through the eyes and hearts and minds of their ancestors, what it was like to live through the Holocaust. My goal was to honor the relatives whose lives unfold on the pages, and also to tell their stories in a way that readers of all ages would find relevant, visceral, relatable. With that in mind, the research and writing never felt like a job, but rather (and I know this sounds clichéd) a personal calling. I wrote from the heart. I believe that, as an author, if a subject moves you, it will move an audience. It’s as simple as that.

I set my alarm for 6:05 and I’m out of bed by 6:15, so I can sneak in a stretch and a workout before the kids are up. Some mornings I ride the stationary bike, others I do yoga or Pilates or kickboxing. (I studied taekwondo in my 20s and realized recently how much I miss it!). After 7:15 it’s a scramble to get breakfasts made and lunches packed before my boys are off to school. I try to start my workday with a meditation, then dig into my writing by 9:30. All this said we’re about to adopt a puppy, so I imagine my mornings may shift around a bit! But I love a routine, and I’ll be excited to get a new one in place once our new four-legged friend has settled in.

What habit or behavior that you’ve pursued for a few years has had the most impact on your life?

I love using my lunch hour to watch or listen to a Ted Talk or a Master Class on writing or creativity or on any subject, really, that inspires. I recently watched a Ted Talk by Elizabeth Gilbert called “Your Elusive Creative Genius,” which I found funny and poignant and which reminded me that writing is HARD and STRESSFUL and those moments of insight and brilliance may come and go and that’s okay! It’s better, Elizabeth argues, to honor this flow of creative energy rather than to try to force it or to bottle it up. I find when I spend an hour in the presence of experts talking about what they do (especially those humble yet brilliant experts like Elizabeth) I return to my desk enlightened and more motivated than ever.

What are your strategies for being productive and using your time most effectively?

It’s so easy to let the days slip away replying to emails or texts or (as any parent out there knows) juggling schedules and sports and household to-dos. I’ve learned that if I carve out several hours in the morning to focus exclusively on my writing, I’m far more productive than if I say “I’ll just check a few emails and do a little research and then dig in.” Often those “few emails” or “one or two quick tasks” turn into dozens and the next thing I know I’m not sitting down to write until 2 pm.

I also find it helpful to think the night before about what I’d like to write or accomplish on the page the next day. With that in mind, I wrap up my workdays with a quick note to myself highlighting what my next chapter or scene might entail, then let that thought simmer in the back of my head until the following morning, at which point I’m chomping at the bit to let the creative juices flow! A fellow author, Claire Pooley, shared this tool with me, and it’s helped my productivity immensely.

What books have influenced your life the most?

My father, Thomas Hunter, was a man of many creative talents, and by the time I came around, his focus was on writing. I’ll never forget the sound of him banging away at his Olivetti typewriter in our small home in New England. I was three when he penned his sci-fi novel, Softly Walks the Beast, four when I held a newly-minted copy of the book in my hands. I remember thinking, “So this is what people do—write books!” My father had made it look easy. Now, of course, I realize how challenging the process is—but I’m forever grateful to my father for instilling in me at such an early age not only interest and later love of the craft, but also the belief that becoming a published author was an achievable goal.

Last year, at the start of the pandemic, I took up the practice of meditation. With the world feeling upside-down and the future so uncertain, I found it comforting to spend 10-15 minutes a day sitting in stillness, in an attempt to quiet my mind. One of my favorite meditations is a series on Abundance by Deepak Chopra. One of Deepak’s insights, which I think about when I begin to feel stuck, is on the idea of permanence. “Nothing is permanent,” he says. “Accept this, and even in moments of joy or despair, know that change is inevitable.” 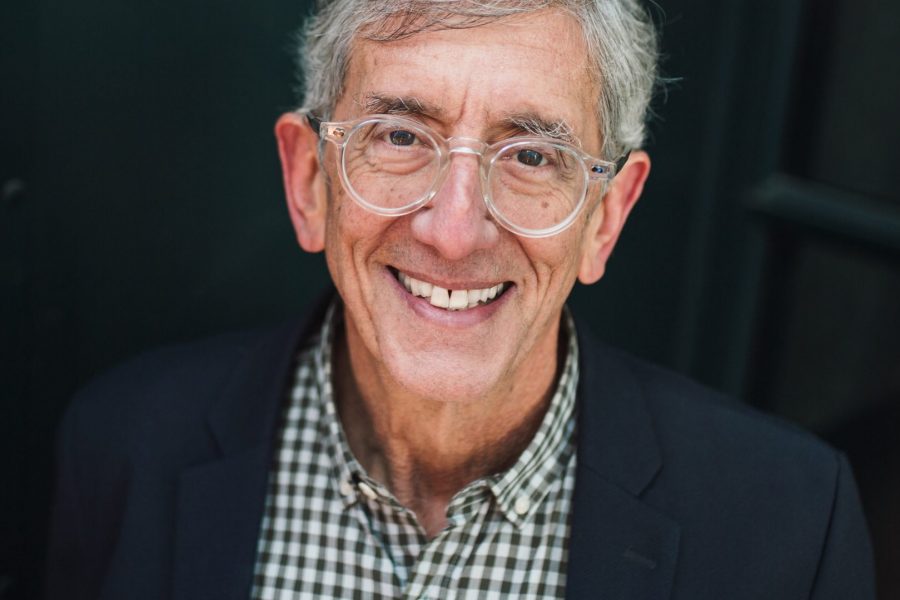 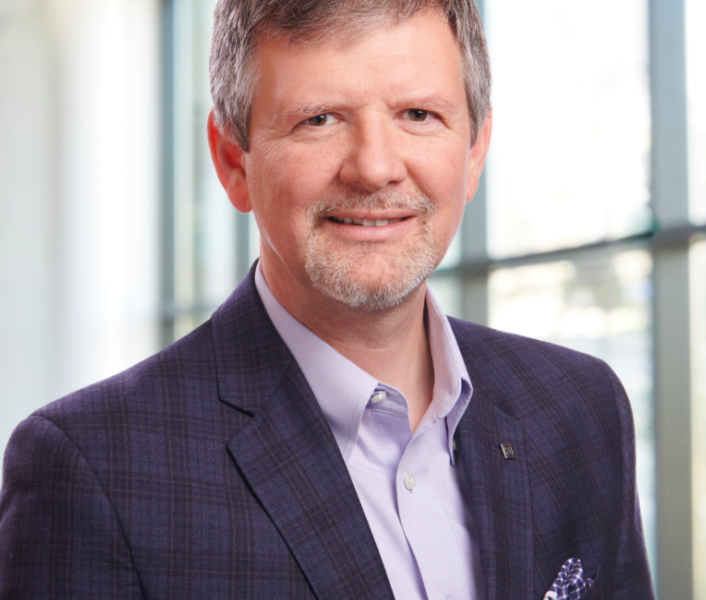