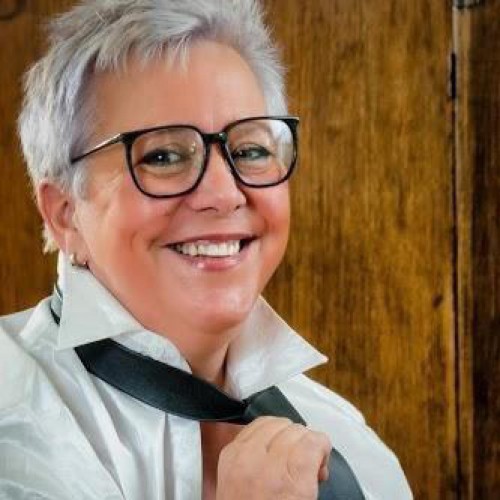 Till I was thirteen, my family lived in Devon, Pennsylvania, a very traditional suburb on the very conservative Philadelphia Main Line – I was in the fourth grade before having a Black student in one of my classes, and my mom was one of two Jews in town (the other having changed his name to something less Jewish). My folks, I think, yearned for a life a lot less circumscribed than what we were actually living, which is why we wound up moving to Southern California in 1968. Prevailing culture notwithstanding, I had a reasonably happy home life and a school life that was not too traumatic – no more so than happens to any other bright weird kid, anyway.

In my first year in California, I developed a massive crush on my science teacher. He turned me on to reading science fiction – I don’t often read it anymore, but it was the primary genre of my reading during my teens and young adulthood. He looked quite a bit like Rod McKuen and fancied himself a poet. He was the one who told me I was a writer, and the crush was massive enough that from that point on, that’s what I considered myself to be.

That there was such a thing as consensual kink, and that that’s what I wanted! I was pushing thirty by the time I figured out that I was not the only person on the planet who got turned on thinking about spanking, and, furthermore, that if I could find other people like me, we could do that together consensually. Unfortunately, by that time I was married and had two kids. Of course, if I’d figured all that out sooner, I probably wouldn’t have had my kids, and they are unspeakably precious to me, so I guess it’s a fair trade.

I wouldn’t call it necessarily a bad recommendation, because it works for a lot of people – but it makes me crazy when writers talk about the necessity of writing a shitty first draft. I suppose it’s important, when writers get stuck because their inner critic gets in the way, to give oneself permission to write badly – but I can’t do it like that.

The way I write is to start by rereading everything I’ve already written, editing as I go, and then letting the momentum carry me through a draft of the next part. It’s ridiculously inefficient, but it’s the only way that works for me – I just can’t bear to see shitty writing on the page in front of me.

There were a few years there in which my older son was seriously ill, my publishing company’s distributor was circling the drain and feeding me a lot of lies and not much money, and my primary relationship was coming apart. I was just barely holding it together, with the help of some serious pharmaceuticals, a new distributor, and some excellent friends.

But what I learned is that I can survive a whole lot. My son didn’t die (although he still has occasional health challenges). The company made it through. And the relationship ended in an ugly kind of way, the only time in my life I’ve had a truly acrimonious breakup – but I survived that too.

I found out that my reserves of energy and ambition, though not unlimited, are larger than I would have believed – which enables me to take more risks now because I know that I have the wherewithal to move on if they don’t pay off.

Many decades ago, when I was a young married woman, I used to watch my father-in-law speak. He had the knack, common among successful straight white men of his generation, of being listened to and believed. Fortunately, he was a smart and humane guy, so what he said was generally worth hearing – but what fascinated me was the way his listeners listened carefully, and assumed that what he said was correct: he spoke with authority.

I watched him and thought, “I want to learn how to do that.” I spent the next forty years learning to do that (which is in many ways a different process for a woman, so I had to learn those differences too). But now, when I speak, people listen, and they usually believe what I’m saying. Now I have authority, which is an important kind of power and privilege – and I have to remember to use it wisely.

I’m pretty much a night owl, and I usually go to sleep sometime in the neighborhood of 1 am. So I wake up between 9 and 10 unless I have a reason to be up sooner (and I do my best not to have a reason to be up sooner!). I get up, throw on my house clothes (a caftan, or a tank top over yoga pants), make tea, and spend an hour or two chatting with my spouse, reading my email, looking at what’s been happening in the world, and gradually moving toward wakefulness. I have a late breakfast, usually ending around noon, and by then I’m officially ready to face the day.

I suck at forming habits, I’m afraid. I’ve tried for decades to get in the habit of daily or near-daily exercise because twenty minutes on the treadmill leaves me both healthier and happier – and I still manage to talk myself out of it more often than not. I guess the closest thing I have to a good habit is that I brew decaffeinated iced tea by the gallon and carry a flask of it around with me all day every day, so at least I stay hydrated.

The thing about being a writer is that it sucks. (Anytime I meet someone who says they love to write, my immediate assumption is that they’re not a very good writer.) The only thing worse than writing is not writing – if a week goes by in which I haven’t written anything, I get really surly. One thing that keeps me in the groove is getting together with other writers once a week or so, for a few minutes of chat and then a couple of hours of writing. (During the quarantine, I’ve been doing the same thing with my son Ben, who lives nearby and is a game designer and blogger.)

I’m not particularly disciplined about my writing. If I’m stuck or blocked, the one trick I know is to get up early, while the house is still quiet. I fix a cup of tea, and I do not look at the written word, on paper or onscreen – I use an applet called Freedom that blocks access to your wi-fi for however long you set it; I usually go for an hour. That hour without anyone else’s voice in my head, at a time when I am not entirely awake and my inner critic is still dozing, can usually break me out of whatever is blocking me.
My other writing tool is my bathtub – when I’m stuck, soaking in a tub of pleasantly hot water and letting my mind drift often presents a solution. I sometimes feel that I should deduct a percentage of the house’s water usage on my taxes.

When I was a child, I loved Louise Fitzhugh’s Harriet the Spy. It was certainly one of my inspirations for wanting to be a writer, and I think I also felt a draw toward the book’s queer subtext, although of course, I didn’t recognize it as such. (And now that I’m working on my visual arts skills, the illustrations are a huge influence as well.)

In terms of my own writing, no author has inspired me as much as E.B. White. His collected essays are one of my desert-island books, for sure – he makes writing look easy, yet his work is incredibly tightly crafted – I have a book that shows the various drafts he wrote for a short New Yorker piece, only a couple of thousand words, but every syllable has been meticulously selected, groomed and placed where it will do the most good. His Death of a Pig is on nearly anyone’s top ten list of best essays in the English language, and it should be.

At times of stress and travail, I turn to two authors, P.G. Wodehouse’s stories and novels, and Don Marquis’s Archy and Mehitabel poems. Both of them take me into a world that is not simple but is sweet and soothing. I have a Wodehouse quote tattooed on one shoulder and anarchy and a Mehitabel quote on the other.

As you may know, I am a huge fan of musical theater (my memoir Girlfag: A Life Told In Sex and Musicals explores that part of my life in some depth). So the quotes I love best are mostly from show tunes, particueditor, book designer, public speakerlarly Sondheim: “Sorry/Grateful,” from Company, is the most complex exploration of relationships imaginable in a three-minute length (“You’re always sorry, you’re always grateful/You’re always wondering what might have been/Then she walks in”), and Cinderella’s lament “How so you know what you want/Till you get what you want/And you see if you like it?” is the story of my life, and probably yours too. 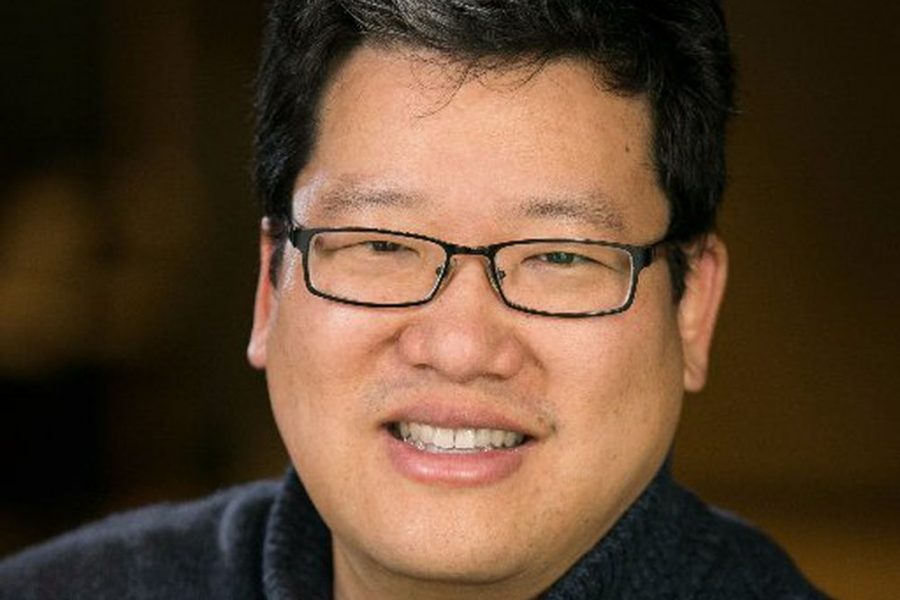 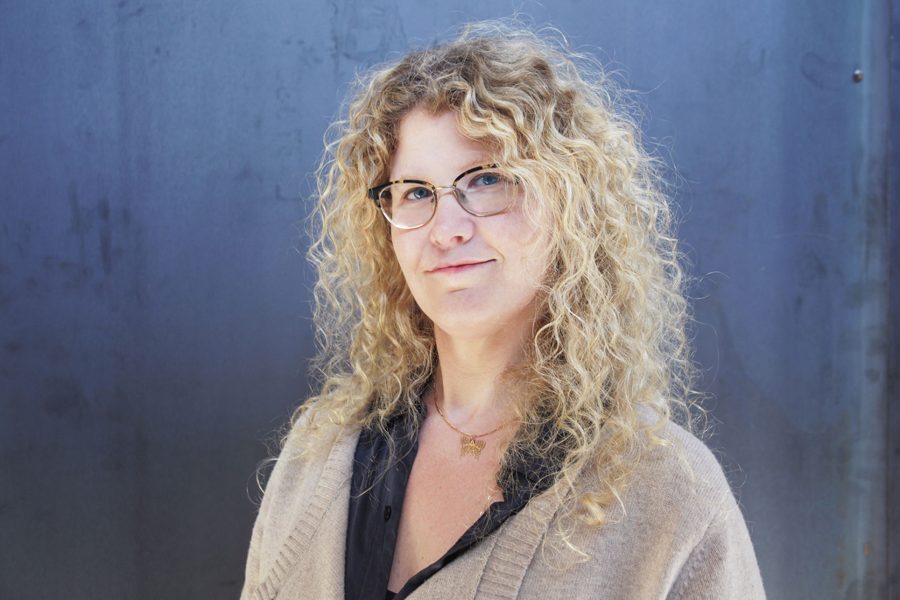