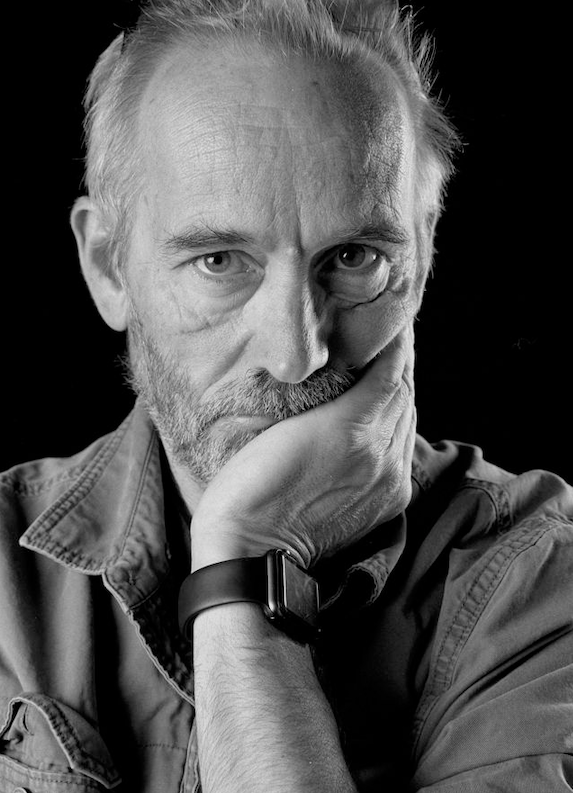 Jasper Fforde is a British writer best known for his Thursday Next novels. He has written several novels in the genres of fantasy, crime thriller, and humorous fiction. Fforde has received several awards including, the Dilys Award, Bollinger Everyman Wodehouse Prize, and Crawford Award.

I grew up in the triumvirate of London, Wales and Devon. London where my parents lived, Devon for school and Wales for holidays.

I had to spend a bit of my professional life in London, but I was never in love with it. Devon I never really warmed to, but Wales has always been the place where I have felt most content. I think because wandering the hills here as a kid I was at least modestly happy, and I think we as adults spend most of our time trying to get either to a place where we think we will be happy or back to a place where we were last happy.

I live here now and have for the past twenty years. It is my home, and the rugged landscape, forests, ancient castles, strong folklore tradition and gushing mountain streams with hidden and lost places still there to be discovered is still, even today, very exciting. There is treasure everywhere.

What is something you wish you would’ve realised earlier in your life?

I didn’t start writing until I was 27 and it took me 12 years and seven novels to learn my craft, so I wasn’t published until I was 39, so starting earlier might have been more fun. There are a lot of things, I guess – it takes a long time to divest oneself of baggage, but you never get rid of it all. Understanding stuff earlier would have been welcome, but it’s all in the rearview mirror, now – I’m looking at the road ahead. You have to.

I think ‘write to market’ is the one I hear the most and the one I least agree with. Anyone in the creative industries should be striving to think up new and exciting ideas, and trying to go places that no-one has trod. I know that’s hard, but I hear from writers that they have an unusual idea but are talked out of it by editors/other writers/publishers/agents. I say no; go for it. Do your own thing. Dance your own steps and remain true to your vision. If it doesn’t work out, then write another, and walk that journey if you have to alone. It will eventually pay off, and if it doesn’t, then creativity is a transferable talent – writing, painting, poetry-writing, sculpting, film-making – they all add to yourself in some way. No-one ever undertook a creative project and found themselves poorer for the experience.

I had what I call my ‘creative hiatus’ of 2014-2017 where I was unable to write productively at all, and the slump in my output is something from which my career has not yet recovered – and may never do so.

To work productively in the creative sphere the planets have to be pretty much in alignment – everything has to be sort of okay – personal, private, professional, family – and if one of those planets are out of alignment, then the whole thing starts to fall apart, and all of sudden there is an unholy jam it is very easy to spiral down to irrecoverability.

My problems didn’t go away, I had to learn to not trouble myself – what I call ‘trying to see the goalposts through the fog’ You know they are there, but all that fog is being generated by issues that surround you. Clearing the fog can be hard – some never do – but I managed to do so, and I’m now writing a book a year again. But it changed me. I had to make trades to carry on.

Like question nine, it’s impossible to put your finger on one thing. There’s a ‘Hexagon of endeavour’ here, I think, with Hard Work, Focus, Time, self-criticism, positive headspace and imagination on each of the corners. Lose just one of the six and the whole project could come crashing down.

The winds have to be in your favour, and if they are not, you have to manoeuvre yourself into a position so they are. Creativity is a peculiar and complex skillset. If I had to choose one of those, it might be that I had the time in which to write. I was lucky to have a well-paying part-time job; I could write because I had the time in which to do so. Time is a valuable commodity.

I’m up at about six to read the news, make some coffee, write a few emails and muse upon what I am to do that day. If the kids aren’t up by 8:00 I wake them up and give them breakfast. Mrs Fforde is more of a night-owl than me, the early riser, so she gets coffee and toast in bed. I then have a shower and tidy up, ready for work. If I can kick off at 8:30 so much the better. I will write all day with a break to walk the dog. At weekends I try and keep clear, but when I’m heading for a deadline, even those are sacrificed.

I’m kind of a stickler, and pursue things for years, attempting to master the art or at least learn as much as I can about something rather than jump around the place mastering nothing and smattering everything.

I’ve been taking photographs for almost half a century but have recently moved into finessing the slow art of Large Format photography. It’s all about careful placement, tripods, large gear, the timing of light, careful framing, attention to processing, that sort of thing. Sometimes I go out for a morning and come back with only a single image, but try to achieve as much perfection in that one capture.

Flying is something I have done since 1983, and winging my way across the Welsh countryside is spiritual freedom that only other pilots really understand – although surfers and hikers will probably understand it too.

Simple: Try to keep the fog away from the goalposts as much as possible. You need a clear view of the goal to be able to score, and, of course, a clear understanding of the goal you are heading towards…

It’s a good question and one that comes up a lot, which has given me time and space to look at this more closely, and my reaction is this: That the rich influences of life come from everywhere – a smorgasbord of experiences which act together as an orchestra.

Books are the string section, but life would be immeasurably poorer without woodwind or timpani. Books are wonderful and informative and awe-inspiring, but they inform within a broader canvas.

When a reader gives life to a book they do it within the context of everything they have been, done and seen: Life, Family, Film, theatre, TV, radio plays, comedy, lyrics, music, a winter sunrise, the stoop of a falcon. Books are a part of the whole deal and part of the richness of existence as a human and cannot be seen in isolation.

That’s not much of an answer, but if I single out a book it would be a grave injustice to the vast tapestry of experience and cultural input over the years…

‘Every time you spent a dollar you are voting on how you want the world to be’ is a firm favourite. Simple and deep all at the same time.

Another favourite is ‘there is treasure everywhere, a saying lifted from Calvin & Hobbs. It harks to the golden age of childhood discovery, a place you can return, if only you can retain a sense of wonder.

Another optimistic one is: ‘In even the worse car wreck there is always one usable bolt’. Failure often leads to success, so long as you pull from the wreckage something usable to move forward.

As a multiple father, another favourite is ‘be the person you want your children to become’. Again, simple and complex – and while hard to initiate, is a way to improve yourself as you bring up your children. To unpack that a little: For the most part, our kids turn out like us. If you want your daughter or son to be kind, patient, understanding and generous, then you have to that too.

But here’s the rub: You have to REALLY be these things. if you simply pretend to be, then that’s what they will take from you – and you can’t fool children. 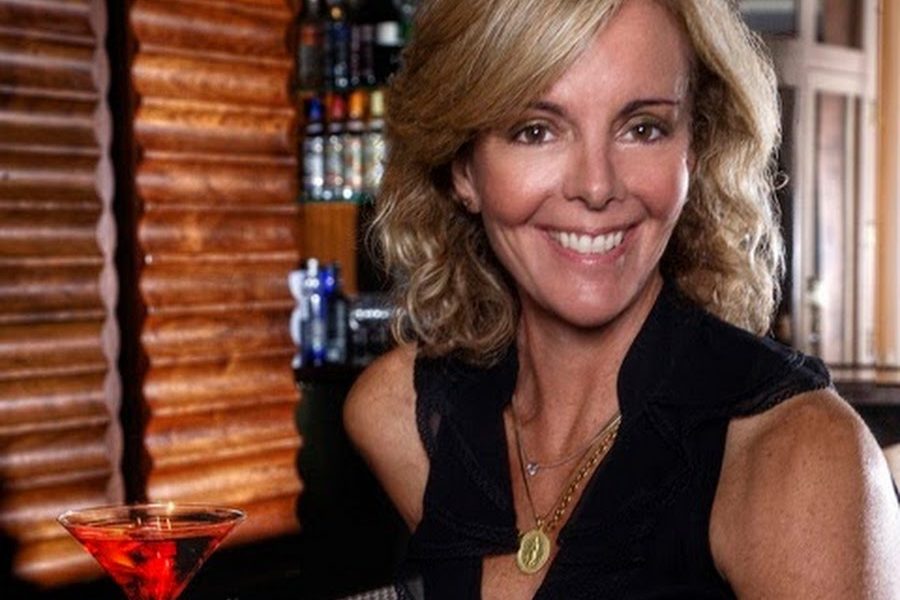 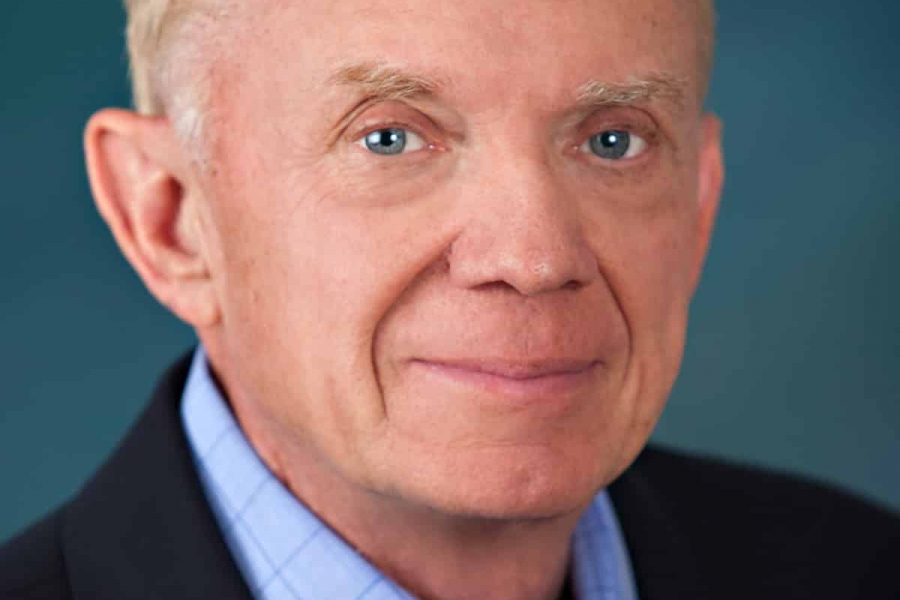