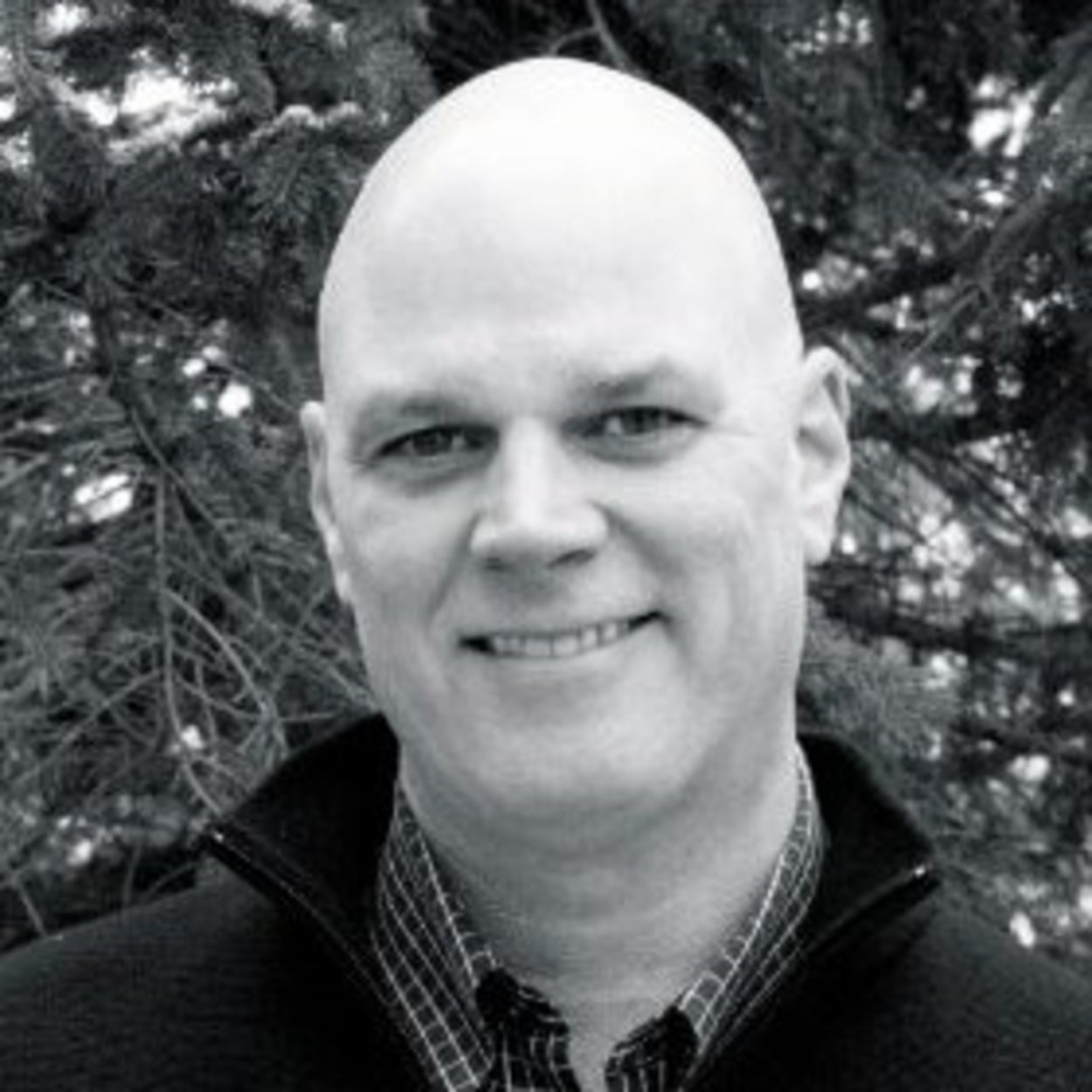 Jeffrey Carter is an angel investor and independent trader whose specialty is turning concepts into profit. He is the General Partner at West Loop Ventures, a venture fund focusing on seed and Series A investment. Carter was also the driving force behind HPA, the most active angel network in the Midwest.

Grew up in Lombard, IL. My father was very poor growing up. We were solidly middle class. We visited his family a lot. Some of them were still poor. Some went to college and were better off. Some others were entrepreneurial and built their own businesses. I was an athlete, and my dad was a coach, then-athletic director. I worked extremely hard at being good. I was one of the top 50 players in the state of Illinois in 1980. No one knew how much time I spent in my driveway or gym. I hadn’t shot baskets in a couple of years and went out the other day. I hit 10/10 from the charity stripe no warm-up. Competition, learning how to come back from failure, and learning that effort equals performance is big teaching from athletics.

We were a church-going family and I am a Christian. I am not a saint. Church teaches you to be humble, compassionate and understanding Christ helps you deal with fear and failure. I entered a career that was hypercompetitive. Floor trading was the most competitive thing anyone could ever do. Because I was around coaches my entire life, I was heavily influenced by them and their stories. I laughed and learned. If you want to be tops at your game, you have to have personal accountability. No one can do it but you. It was a high school coach, Orv Wilkin, that changed the trajectory of my life.

How important a network is, how to nurture a network. It’s not about just meeting people. It’s about figuring out how you can be useful to someone else and help them. Make them look good. The more you make people look good, the more you make meaningful connections for people, the more people will want to have you in their life. You will also have a more fulfilling and happy life. When you are nurturing in the way you deal with people, you don’t care about all the other stuff. You only care about them.

This was the hardest question for me to answer. I answered it last. Most of the time it’s people looking at the downside and telling you that you can’t. You can’t get a scholarship. You are a white guy, you can’t play. You will never make it as a trader. You can’t get elected to the board. You can’t start an angel investing group in Chicago because you aren’t part of the in-crowd. The other thing is schooling. For some professions, like Big Law, you have to go to the right school and there are about 10-15 of them. For almost anything else, you can come from anywhere and be successful if you believe in yourself and work hard. People make their own luck. For the record, I went to the US Air Force Academy, dropped out, went to a junior college, then the University of Illinois. I graduated from Illinois in 1984. I graduated from Chicago Booth in 2007. My life was mostly baked in by the time I went to grad school. Booth changed it in many ways, but not like it does most people. The other thing I hear a lot from people is “follow your passion”. It’s bullshit. Follow your effort instead. I am passionate about food, wine, and cooking but if I tried to be run a restaurant or be a chef, I’d be an absolute failure. If you follow your effort, and you have some success, you will work harder. Then, it will become a passion. I hear a lot about “being mindful” today but generally, the people giving that advice don’t know what they are talking about. Being mindful could be substituted by Be passive, or Be accepting. But, when you are passive you get run over and if you accept everything, then nothing is wrong. The other shitty advice is to “be optimistic”. I think you have to be optimistic but you have to have your eyes open. Too many people today don’t critically think.

There are several. The end of my basketball playing days was hard on me. What really killed me is I shot myself in the foot by leaving USAFA. It took a while to transition; really until I went to the trading floor. The end of my trading career was even more brutal. I almost killed myself. I went 8 years with no income. In a couple of years, I had negative income from hundreds of thousands to over a million. I had to find a way to make a living and I did, investing in startup companies. I started Hyde Park Angels in Chicago. I am a pretty good investor. My personal returns prove it. On January 3rd, 2021, I was diagnosed with a terminal illness. I turned to God. My life was in the hands of the Lord, the wisdom of good doctors, and the chance that some entrepreneur would find a cure. In February, I went to Mayo. Turns out I was misdiagnosed. In all that time, I took an hour to mourn. I cried a bit. But, I found that being with Christ allowed me to confront and conquer my fear. Talking to friends about it helped a lot too. I am 58 and don’t know what I want to do next. I was okay with Christ tapping me on the shoulder and telling me it was time to come home, but I really didn’t want to go yet. I’d like to work for a VC fund or something like that.

I have been blessed with a great family. My parents are awesome. My uncles, aunts, cousins, and grandparents were awesome. My wife is awesome. My kids are awesome. Each of them played some role in shaping who I am. My family loved me unconditionally and allowed me to make some mistakes. They celebrated with me when I had success, and picked me up when I failed.

Wake up at 6:15 am. My dog wakes me up. He licks my head and brings a squeaky toy into the bed to get some belly scratches. I get a cup of coffee and plow through email and the news. I chat with my wife. If my kids are here, I chat with them. I drink at least three cups of coffee. I think a lot about the companies I am invested in and read a lot. I try to find ways to help the CEOs build their business—or themselves. As a startup investor, I think it pays to have some time to just sit and think. Sometimes your brain can make connections others cannot. That’s where you find the edge. You need to slow time down.

In the days when I was trading, I got up at 5 am. I’d shower quickly (thank you USAFA) commute downtown, go to the floor, drink some coffee. Checked my out trades, looked at some charts, looked at my position, checked some figures, and then went to work.

Iyengar Yoga. Not flow, not vinyasa, not hot, not this or that, Iyengar.

You cannot get bogged down in the minute details. If you are going to do big things, think big. If you are going to do big things, you are going to break some rules. Do not work all the time. Breakaway. Walk, bike, hike, etc. You will be surprised at the things you will think about when you are away from work, and how you are able to connect dots faster when you go to work. That’s why everyone says they have great thoughts in the shower. They are naked, alone, wet, and can’t do anything except the shower and think.

Biographies of historical people like Dwight D. Eisenhower. Any book on the Founders of the United States. Biography of Abe Lincoln I love history, particularly American History. We live in such a fantastic country. It’s truly amazing to hear people’s success stories and to learn about the sacrifices those that went before me made so I could reach for the stars. SciFi books, 1984, Fahrenheit 451, Lord of the Flies; Thoreau-Walden Pond, Emerson-Self Reliance. Churchill’s War; Case study, Economics of a POW Camp, The King James Bible. Just read McCulloch’s book on US Grant and it was fascinating because it was the opposite of what I had been taught or knew. I am thinking of reading some classics again like The Odyssey.

“Never give up. I can, I will, I must.” – my father and other Willowbrook HS coaches, MTXE (Mental Toughness Extra Effort) – Gene Smithson; The Discipline Quote by Maj. Gen. Schofield, “If I can’t go back with my self-respect, I won’t go back at all.” – POW after 18 months in solitary confinement in Korea; Free markets for free men; Your word is your bond; Happiness…not in another place. But this place, not for another hour, but this hour-Walt Whitman; I can do all things through Christ which strengtheneth me -Phil 4:13. The poem “The Man Who Thinks He Can” and when I screw up, my college basketball coach Rich Maack, “What are you thinking man?” Makes me smile because he was such a good coach with a different method. When you made a good play you’d hear his voice too. 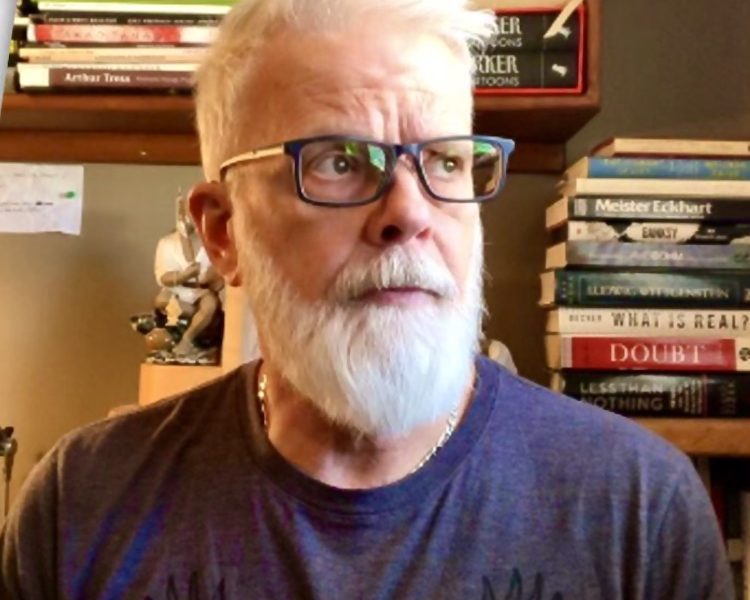 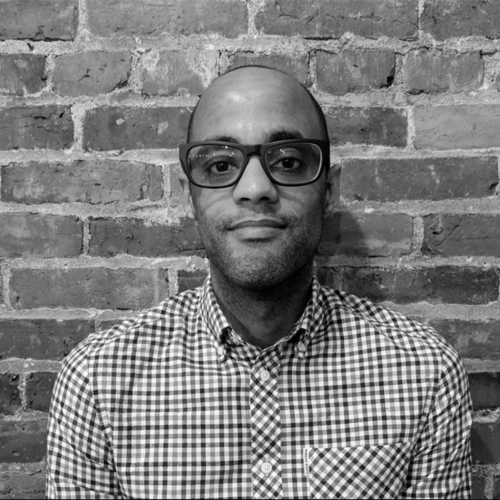