Jenna McCarthy is an internationally published author, speaker, and relationship expert. She has written more than a dozen funny books for kids and adults and is a sought-after keynote speaker at events across the country. McCarthy’s work has appeared in more than 60 magazines, on dozens of websites, and in several anthologies including the popular Chicken Soup series.

I’m pretty sure this answer could be a 300-page book, but here’s the nutshell: I was born in New York and raised in Florida. To say my parents were ill-suited for each other would be like saying sugar is sweet. Dad was a bad boy who loved the ladies and swore like a drunken sailor; Mom was a God-fearing parochial-school girl who thought she could tame the beast. (Spoiler: She could not.) There was a lot of arguing, which as the middle child I felt compelled to stop. I discovered that you can deflect and diffuse a lot with humor, so I became the funny kid. We had exactly three channels on our single TV back then, and you had to get up and walk over to it to change those channels, so I also spent a lot of time reading. It was just easier. My older sister went to Duke medical school and my younger brother dropped out of high school to live in a shack on an island. I think I might be considered the “normal one,” which is hilarious and terrifying.

What is something you wish you would’ve realized earlier in your life? I was a weird kid who somehow concluded that

I was in school learning to be a teacher. It made perfect sense. In my messed-up mind, the kids who were going to be doctors were off at a hospital somewhere dissecting frogs; the lawyers were in courtrooms pounding plastic gavels; the bus drivers were sitting in traffic perfecting their scowls. It was mind-blowing to me to discover I actually had a choice in this. I remember once telling my mom I might want to be an architect when I grew up; her reply was, “Oh, that’s really hard.” I was a straight-A student with a notable creative streak but right there on that scratchy brown sofa, I mentally crossed architect off my possible-career list. I don’t believe there was any malice on Mom’s part; she’d just come from the nurse-or-teacher generation, so she had no idea what to do with an architect. I might as well have told her I was going to be plutonium when I grew up. I guess I wish I had realized earlier that your surgeon/ airplane pilot/iPhone repair gal isn’t necessarily smarter than you are; she just studied her butt off, and so could you. I have two teenage daughters, and anything they say they want to do, my response is, “well then you should!” Because why not?

Where to start? Never end a sentence with a preposition. (“About what is the book you’re reading?” Um, no.) Publishing a book will change your life. (Or not.) Your book’s publication day is exciting. (Literally the most boring day ever. *crickets*) A writer’s life is glamorous. (If you consider messy buns and coffee-stained PJs for four days straight the height of glamour, then sure.) Anyone can write a book. (Not a good one.) One rejection—or one hundred—means your idea/manuscript is worthless. (Kathryn Stockett’s The Help was rejected 60 times. I’m just saying.) One acceptance—or one hundred—means your idea/manuscript is brilliant. (50 Shades of Cringeworthiness ring a bell?) My story has already been told. (Not by you!) Writing is a romantic craft that involves a lot of tea-drinking and a cabin in the woods. (Silly, torturous lies. It’s all about wine.) The road to hell is paved with adverbs. (If so, it’s brilliantly paved!)

I was extremely close to my dad, and he died very suddenly and very young (59) just after my first daughter was born. I was a hormonal hot mess, and I couldn’t quite wrap my brain around the euphoric high of creating life and the crushing devastation of losing it. Normally I’m whatever the opposite of depressed would be; my glass isn’t half-full, it’s overflowing. I love life and I’d very much like to live forever! But I had moments during that time where I’d look at my perfect daughter’s face and all I could think was, “You’re going to die someday, too. What even is the point?” Damn, that sounds almost worse in retrospect than it felt in the moment, but it’s the truth. You asked for dark! Time was the only real fix, and I learned that I need to try to cherish every single fleeting, fabulous, fucked-up moment on this planet because it can be gone in a blink.

I remember watching an interview with octogenarians decades ago. They were being asked about their regrets in life, and every single one was something they didn’t do. “I was too scared to call the girl. I didn’t interview for the job. I never left my hometown. I should have traveled more.” Not one person said, “I sure wish I’d spent less time with my kids.” I decided to live by the motto, “the answer is always yes until there’s a compelling reason to say no.” What’s the worst that could happen? Try out for the part or go for the job; you can always turn it down later. (See #2 quote above.) Tell the barista he has beautiful eyes; who wouldn’t want to hear that? Move if you get the opportunity, even if you’re scared shitless; you can always move back. Angry at yourself that you never learned to play the guitar? Schedule a lesson today. Get down on the floor and play Monopoly with your kids even when you really, super don’t want to. Those are the moments that matter.

I wake up naturally between 5 and 6, meditate for an hour and then go for a run. Hahaha just kidding, except for the wake-up time part. I’m a total morning person and can hardly keep my eyes open past 9 PM. The morning reality is more like this: I pop out of bed and make a mad sprint for the coffee machine, usually tripping over my dog and silently praying that I remembered to set the timer. (Mad cursing ensues if I did not. I have a solid B-minus average at remembering.) I take my creamer with a splash of coffee and a whole bunch of sugar straight to my computer, check my email and re-read the last thing I was writing. Sometimes I work out, sometimes I don’t. I rarely eat breakfast and often work in my pajamas all day. You might consider me a cautionary tale.

Wait. Was I supposed to be pursuing life-improving habits and behaviors? Dammit. I never got the memo. My bad.

I am a relentless list-maker. I’ll make lists of lists I need to make and sometimes I add things to my lists that I’ve already done just for the satisfaction of crossing them off. I’m also a master multi-tasker. I know, I’ve read that this is a terrible habit too and that it actually makes you less efficient/effective, but it’s just how I roll. I only make personal calls when I’m driving or doing chores. I read in the tub and paint my nails or file paperwork when I’m on work calls. I very rarely watch TV, but if someone begs me to watch something with them, I’ll fold laundry or organize my wallet while I do it. It’s not a guilt thing; I just don’t enjoy sitting still and I love feeling productive. My dad also gave me his work ethic; I don’t play until my work is done, and I try to do the most awful tasks first so that my day is always on an uphill slope. It works for me.

That’s an unfair question to ask an author. (That’s like asking a kid their favorite candy… and why!) If I had to answer, I’d probably have to say any/all the Judy Blume books I devoured as a kid. She was the master of voice and created unbelievably real characters who talked about real shit (sex, bullying, death, sex, families, friends, freckles, sex!). It was dizzying. I was probably twelve and reading Deenie on the couch while my mom cooked dinner nearby. “Hey, mom, what does m-a-s-t-u-r-b-a-“ I started to ask, but before I could finish my question, she’d snatched the book out of my hand without a word of explanation and tucked it up into a high cabinet. Obviously, there was some epic goodness in there! I squirreled away my allowance for the next few weeks, took the bus to the mall, and bought myself a fresh copy of Deenie, which I hid underneath my mattress and read-only in my room. I never looked back.

One of my favorites is hockey legend Wayne Gretzky’s famed, “you miss 100% of the shots you don’t take.” My very athletic husband thinks this is hilarious because a) I literally know nothing about sportsball, and b) I couldn’t pick Wayne Gretzky out of a crowd of two. But I do love a man who has a way with words. 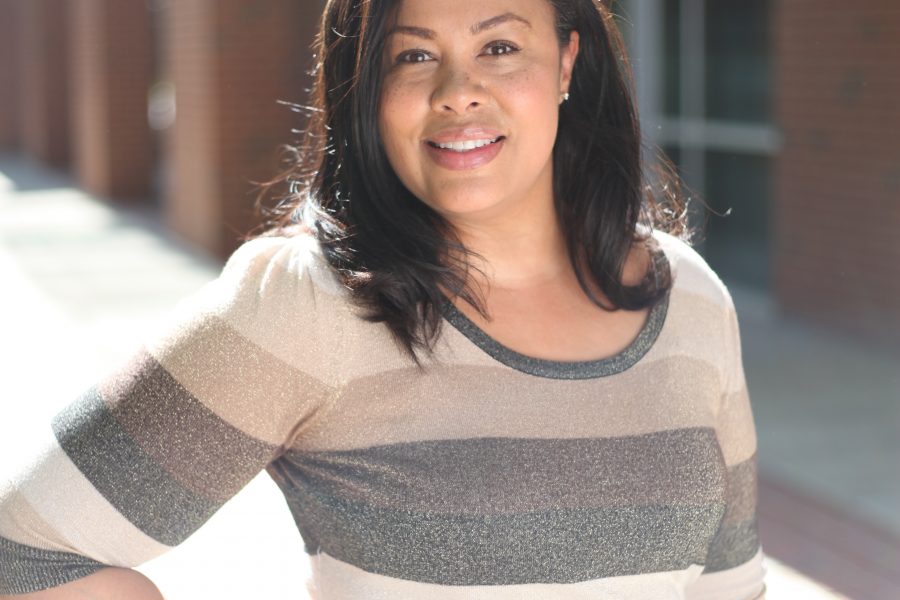 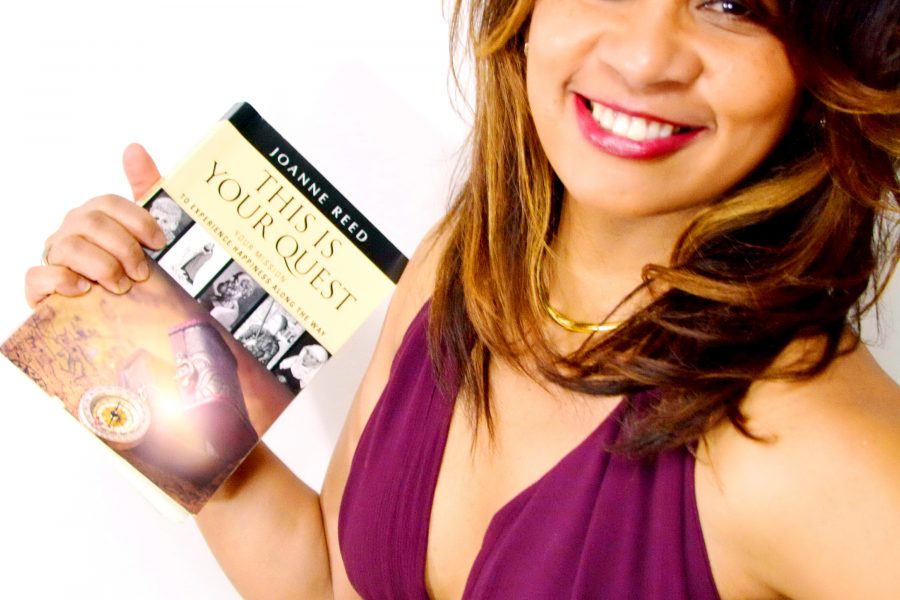