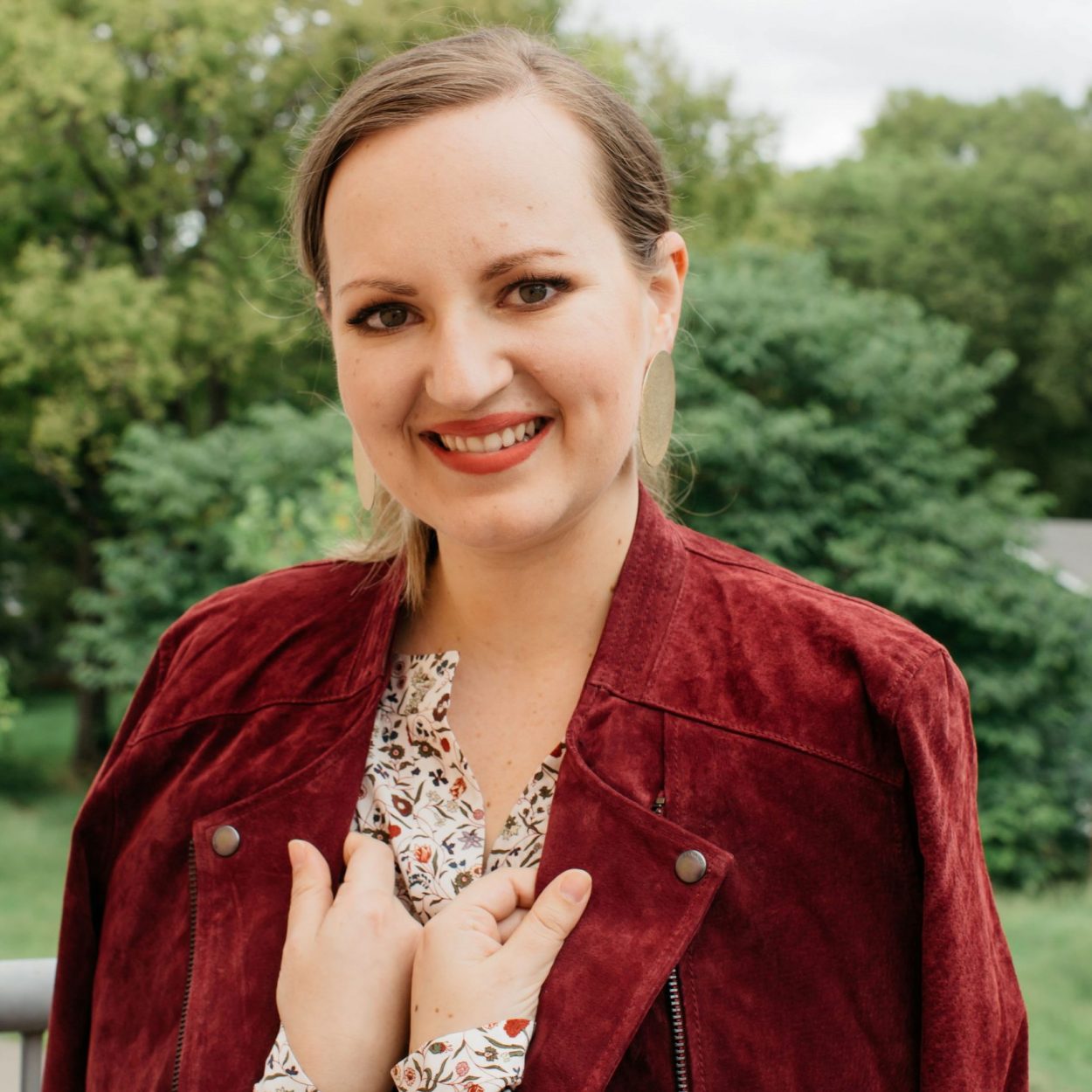 Laura Bennett is a radio host, writer, and presenter. She is the Afternoons Presenter at Hope Media Limited, Sydney’s leading Christian media organization, communicating messages of hope and inspiration to transform life, faith, and culture. Laura self-published her bestselling book ‘Live Your Dream’ in 2015 and edits her own online magazine ‘The Connect Press’.

I was born in Sydney, Australia, but moved to Papua New Guinea when I was two and then lived there for five years before coming back to Australia. Even though most of my adult life has been spent in Sydney, I’ve realized more and more how important and formative those years in PNG were. My work (and taste for travel) has taken me to a lot of different places around the world, including South Africa, Nepal, Cambodia, and the Philippines, and although each of those places is distinct in their own culture and identity, I’ve always felt so at home in each of them, which I’m sure is a credit to my childhood. I also remember Papua New Guinea as somewhere where you could be barefoot, carefree, and way less confined by the rules that guide a lot of Western cultures. I’ve no doubt that, together with my father’s rural roots in Australia, has played into the grounded, “play in the mud” approach I have to live now.

I don’t know if I would’ve appreciated the feeling of this as much if I’d learned it sooner, but there’s something really satisfying about being comfortable in your skin and in just being you: liking what you like, admitting what you don’t know, enjoying what you’re good at and not being concerned about the endgame. I think it’s really easy when you’re growing up to try and be like what’s around you, or to try and dull parts of yourself that seem to stand out from the group, but increasingly you realise that’s really unnecessary and that it’s way more enjoyable to be you, and enjoy your personality.

I also wish I realised friendships with boys didn’t have to be taken so seriously!

In media, I’ve found it’s not so much about bad advice, but misguided intentions perhaps. Often people are told you’ve got to be loud to get noticed, or that they need to have some kind of persona to suit the world of radio and TV. I find though, that more important than any of that is having a curiosity in people and their stories. If you don’t have that, the attention you draw and platform you build for yourself quickly becomes very superficial.

There are probably a few things. First of all I think I’ve found progress in my career through sheer persistence, building relationships and building credibility over time. I also think not seeing myself as the center of what I do has helped. I’m someone who’s role is to elevate and bring attention to other people’s story and journey – I’m more of a curator than the exhibition itself if that makes sense. That makes my job much easier, because it’s not about me, or who I am or am not, but about the people I speak to and how what I do can engage with their lives.

For my own personal satisfaction along the way, I think holding things lightly is really important. By that, I mean not trying to cling too tightly to the work you do, or the opportunities you get, but instead knowing they’re yours to steward for a time, and then that at some point, you’ll release them and go on to the next thing. In essence, I’m accepting that I’m not the owner of what’s in my hand – it’s not something I have to keep at all costs – but I do get to look after it for a while, and while I am, I’m going to look after it well.

This perspective allows you to see life in balance, and to have a kind of success that comes from being able to do your work well and make it great, but also be fully aware that it’s not the full sum of who you are.

This has varied over the years as I’ve done a variety of timeslots on air (the 3:45 am wakeups for Breakfast left very little room for a morning routine), and of course, the pandemic re-adjusted things but right now I get up at 5/5:30 and either go for an outdoor walk or class at the gym depending on the day. I like to work out/walk without any music or anything to just take in the time of quiet. If I’m going to the gym I keep the car ride quiet generally too – it’s early and I don’t want to be bombarded by noise and voices. That time is also when I can pray, think about what’s coming in the day and be in my own world.

After that, I get showered, have breakfast, and get ready for the day, starting work at 7/7:30 beginning either at home before heading into the studio, or spending a full day at the studio only. This depends on what’s scheduled for the day and the workload across the week.

My morning routine is quiet simple, but no matter what it consists of, the goal is to start the day with clarity, peace and energy for what’s ahead.

Building intention into my day and how I’d like to spend it, as opposed to just riding the wave of whatever comes has been a game-changer. It’s not about eliminating spontaneity or trying to control everything, but saying for instance, “OK, today I want to have a time of work, play and rest, how can I fit that in?” You build your day around a set of values or goals, not necessarily specific activities which can so easily be railroaded.

Also many years ago, I made a list of statements – affirmations in a way, which I read out every day for many years since that I think have made a huge difference to my life. They weren’t cookie-cutter self-help mantras, but ones specific to me, and they really shaped my day and are now permanent lines that pop up in my head at relevant times. For instance, if I’m facing something hard, I’ll hear my voice saying, “I see roadblocks for what they are and move them out of the way”, and instead of feeling deflated, I feel empowered to find a solution.

Having an evening routine as well as a morning routine. The last few minutes or hours of your day are where can set your future self up for success. If you go to bed cluttered, angry or without knowing what’s ahead tomorrow, you’ll wake up on the back foot and have to use that first part of your day to get a grip on the world. If instead, you take a few moments in your evening doing simple things like packing away the dishes, getting your clothes organized, looking through your calendar, and taking some quiet to settle the day, you close off one day, and then prepare the path for you to walk into tomorrow. This doesn’t have to be laborious, but I know it makes a huge difference if I’ve already packed my gym bag and laid everything out, I’m far more like to “do the thing” because my past self has made the decision for me. For bigger ticket items like gearing up for an interview I’m about to do, or a story I have to write, that evening time allows me to run it through in my mind, and almost “rehearse my success” before it happens.

The first that comes to mind is Essentialism: The Disciplined Pursuit of Less by Greg McKeown. One of the key philosophies behind it is to orient our lives around pursuing our highest point of contribution. It’s a book that is well regarded in business circles, but that applies across all areas of life: if we framed our days around what was the best use of our abilities and time, what would that look like? It helped me refocus at a time where I was burning out in work and life and has been a good resource to go back to again and again.

In the very early days of my career, I’d gotten a small opportunity to work with a radio station over a weekend. At the end of the job, they thanked me, encouraged my work, and said they’d be in touch. Naïve as I was, I remember waiting a week or so for their call, and then thinking, “why don’t I call them?” Although it’s totally commonplace to follow up with people and have to knock on doors to get a chance, I was so green and took them at their word. It was completely new to me to have the boldness to presumptively make that call. It brought new meaning to the cliché that, “one phone call can change your life” – a call we often think will be made to us. On that day I realized, “one phone call can change your life – and you can make that call”, and it’s been something I guess I’ve lived by ever since. It’s meant I have a much more proactive rather than reactive stance on my life and career… and I did go on to work at that station for many years to come.

Another one that’s stuck with me comes from a Biblical quote some would be familiar with, which says, “You shall know the truth and the truth shall set you free”. I’ll never forget a piece of commentary I heard about it that said, if you’re sharing the truth and it’s not bringing freedom, then it’s misapplied truth. For instance, if the truth is that you are loved, and someone uses that to control or manipulate you, that’s not bringing the freedom knowing you are loved should bring. So, while I live by the idea that truth brings freedom, it’s always tempered with that awareness that the truth needs to be applied well. 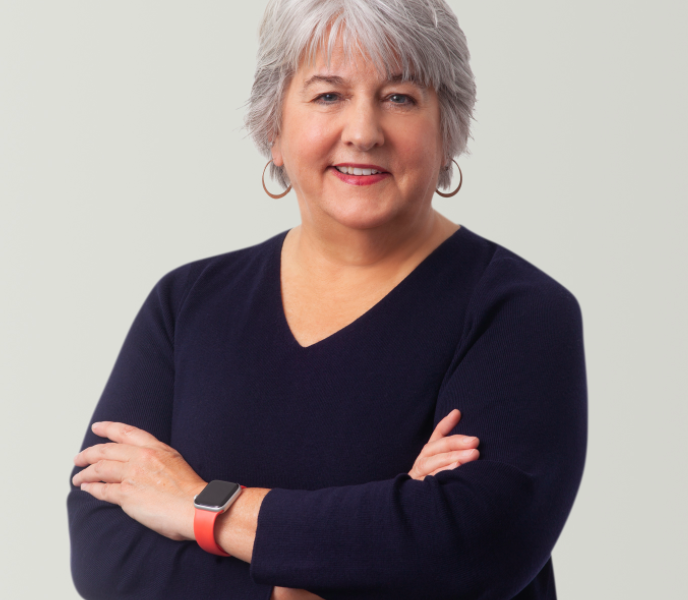 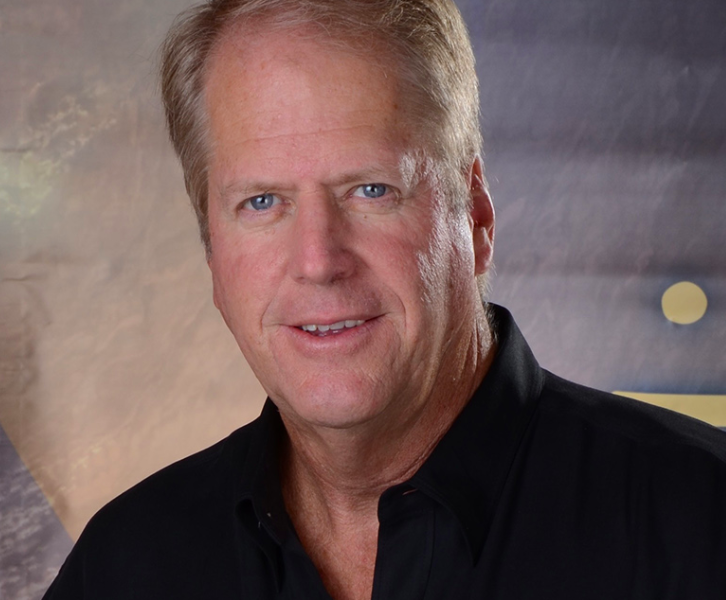