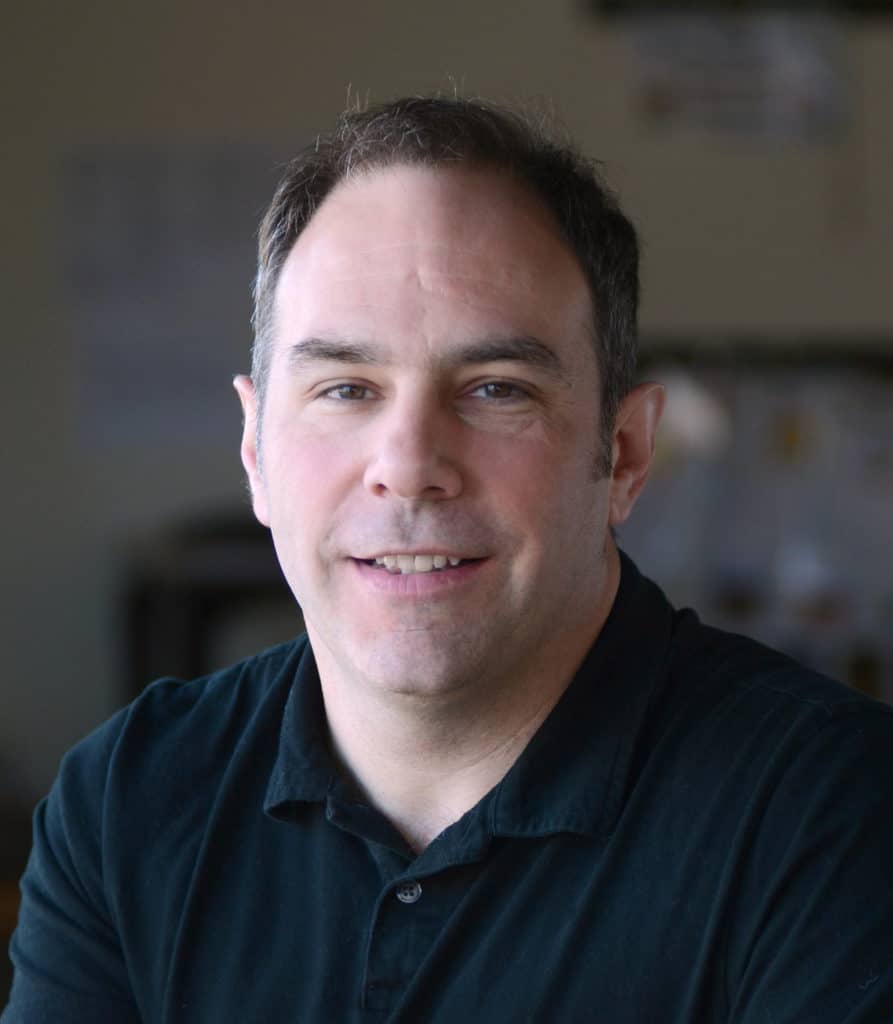 Matthew Dicks is an international best-selling author of Milo and Unexpectedly. He is an award-winning educator and co-founder of Speak Up, a New England storytelling organization. Matthew teaches storytelling worldwide, and his novels are translated into 25 languages.

I grew up in the small town of Blackstone, Massachusetts, about 45 minutes south of Boston. As with many people, much of my childhood shaped my adult life.

My father was a cowboy in every sense of the word, so for the first few years of my life, I grew up on the back of a horse. My father boarded and trained horses worked as a blacksmith, and spent much of his time caring and teaching me to care for these beautiful animals.

When I was seven or eight years old, my parents divorced, and very quickly, my father and the horses were gone, and I was left with an empty barn and an empty heart. My father was quickly replaced with a step-father who made my life very difficult, so I tried to be home as little as possible as I got older. By the time I was 16 years old, I was working full time as the manager of a McDonald’s restaurant while also attending high school. I lived in an unheated room in our basement and avoided much of my family life whenever possible. I learned at an early age to be fiercely independent, self-sustaining, and relentless about making my way in this world absent any support or guidance.

I grew up quickly as a boy. Quicker than I would’ve liked, but when I was kicked out of my childhood home following high school, I was well prepared to take on the world.

I wish I had understood earlier on in life that waiting for the door to be opened for you is a great way to waste precious time, so rather than being polite and waiting your turn, shove that door open. Knock it down. Barge right in. Regardless of your profession or aspiration, the best way to get ahead is to get ahead, and that can only happen when you see the structural, systematic, time-worn barriers to your progress as things that should be avoided, leaped over, pushed aside, or burned to the ground. Don’t wait for permission. Act with all the force and desire of someone who knows that the clock is ticking and other people are ready to steal your opportunities if you don’t seize them first.

Most teachers of writing are not actually writers, so rather than offering useful instruction born from experience and wisdom, teachers try to imagine what writers do, and then they teach their students to do that. As a result, the world is filled with reluctant, ineffective, uninspired writers who stop writing as soon as their schooling is finished. If teachers would simply engage in the writing process in a meaningful, authentic way and learn to write from actual writers who put words on pages for a living, they would stop teaching antithetical lessons that do little more than turn writers off to the craft and fail to provide the skills necessary to be successful.

When I was 22 years old, I was facing trial and prison for a crime I did not commit. I was also homeless for a period of that time, and on a night in April, I was robbed at gunpoint. The gun was pressed against my head and the trigger was repeatedly pulled, leaving me with a lifetime of PTSD.

My life has been defined by that year of my life. The lessons are endless, but a few:

Nothing in my life would ever be as hard as that the challenges of that year. Every uphill climb, struggle, and tragedy since then has been easy by comparison, and that level of perspective has been a gift. Very little flusters me these days.

The worst feeling in the world is regret. When I was lying on the floor, gun to my head, absolutely certain that I was about to die, the overwhelming feeling coursing through me was regret for all that I had yet to accomplish. I have lived my life since that day desperately trying to avoid feeling that sense of regret ever again.

Life is so precious. Minutes count. Don’t waste a moment. It sounds trite, but I meet very few people who actually live by this philosophy.

I determine the fastest, most efficient way of accomplishing necessary tasks and build routines around those methods in order to save time, while at the same time eliminating needless tasks from my life, even if this means occasionally or oftentimes breaking rules to do so.

Whether it’s emptying the dishwasher, commuting to work, choosing clothing in the morning, preparing and eating a meal, or folding laundry, I try like hell to find the best, most efficient way to complete these tasks (or eliminate them entirely) so that I can spend the most time possible om the things I really want to do.

Awake at 4:30 AM. Dressed and downstairs by 4:45. I feed the cats, empty the dishwasher, and maybe start a load of laundry. I’m listening to a podcast while all of this happens. Then I do 100 push-ups, 100 sit-ups, and 3 planks before meditating until one of the cats disturbs me.

When it’s done, I publish.

By 6:00, I’m usually working on a book. I have 2-5 in progress at all times, so I choose based upon what is calling to me that day. I write until about 6:45, at which point my children usually appear. I feed the kids breakfast and chat with them for 30 minutes. I drink a glass of OJ and move the wash to the dryer at this time, too. Then I kiss my wife and kids goodbye and am out the door by 7:15 AM.

I stop at McDonald’s for an Egg McMuffin and arrive at school by 7:45 to start my school day. I plan the lessons for the day, write a morning message on the board, and make any necessary copies. My students arrive at 8:30, and then I’m teaching for the rest of the morning.

A few years ago, I decided to stop making comments – positive or negative – about physical appearance, with the exception of my wife and my children.

I watched a teacher compliment a student on his three-piece suit just prior to a choral concert. But instead of the smile on the face of the boy who received the compliment, I saw the faces of the boys to the left and right, who were not wearing suits and suddenly looked sad.

I decided at that moment to stop commenting on students’ physical appearance, both because of the potential impact it has on others and because a student’s appearance should be irrelevant to a teacher.

I should only care about what my students say or do.

I quickly extended this policy into my entire life.

It was challenging at first. Eliminating the negative comments was much easier, but to stop complimenting students, friends, and colleagues on a new haircut, a new coat or even significant weight loss was hard, but I knew that doing so would end my participation in our culture’s obsession with appearance.

Years later, thoughts about a person’s physical appearance rarely entire my mind. By ceasing the comments, I’ve curtailed the thoughts significantly. I didn’t expect this result, but it was been a wonderful and blessed surprise.

I’m writing a book on the subject at this very moment, so I could literally write pages on this subject with ease. The question I am asked most is:

How do you do all that you do?

The answer is hours long, hence the book, but one thing that has helped me enormously is my willingness to put as many irons in the fire as possible at any given time. Placing your eggs in one basket is a terrible mistake for any creative person to make.

I believe in the power of saying yes to as many opportunities as possible, even if those opportunities don’t immediately produce excitement in your heart. Thanks to my willingness to say yes to things that didn’t initially appeal to me, I’ve become a comic book writer, a playwright, a wedding DJ, an actor, a minister, a life coach, a storyteller, a comedian, and more.

A yes can always become a no once you realize that you’ve made a bad decision, but saying no up-front closes a door without ever finding out what lies beyond.

Breakfast of Champions by Kurt Vonnegut. I was reading that book when Kurt Vonnegut – the author himself – stepped into the narrative. I couldn’t believe it. It was the moment I realized that there are no rules to storytelling. You can do whatever you want. It freed me to become the unconventional writer I am today.

Stephen King’s On Writing saved me. After years of writing bad fiction, I was nearly ready to give up on stories and focus on nonfiction, newspaper pieces, and magazine articles. Then one day, while on a treadmill, I listened as King spoke about nearly quitting himself. Desperate for money, unable to buy the medicine that his child needed, his wife, Tabitha, rescued pages from the trashcan that would eventually become his first novel, Carrie.

That book launched his career.

That moment inspired me to press on. Less than two years later, I had sold my first novel to Doubleday, thus launching my own career.

It might’ve never happened had I not read King’s book.

Back in middle school, my homeroom and math teacher, Mrs. Schultz, said to me, “A positive mental attitude is your key to success.”

Somehow, it stuck. I’ve been muttering it to myself ever since. Later, when I was arrested for a crime I did not commit, jailed, homeless, the victim of a violent crime, and targeted by colleagues in a smear campaign designed to destroy my career, a positive mental attitude helped me move relentlessly forward.

My wife refers to me as oppressively optimistic. Maybe true, but those words that a teacher spoke to me long ago took root and helped me become the person I am today. 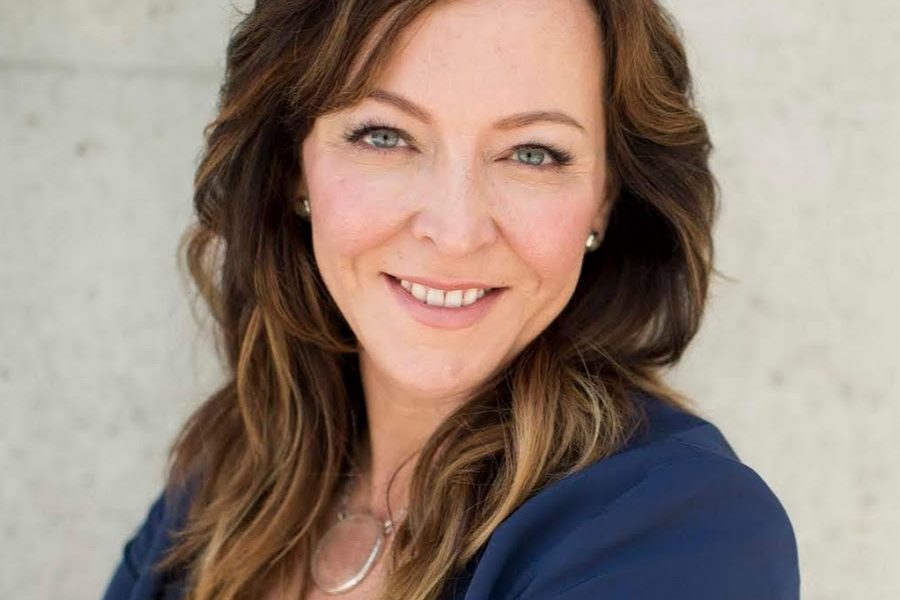 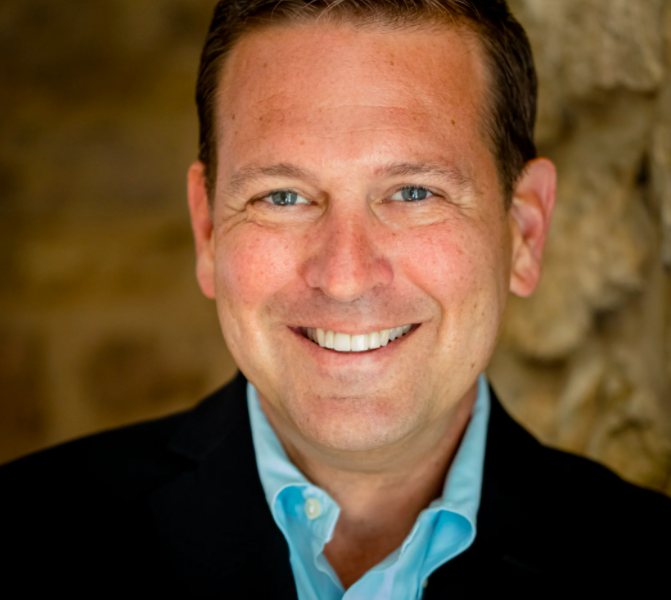