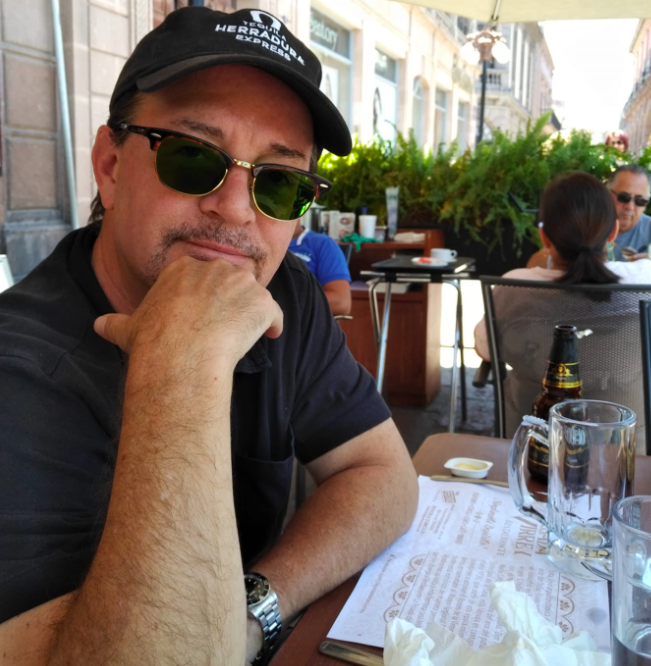 Russell Blake is a bestselling author of suspense and thriller novels. To date, he had written 65 books, writing up to 10000 words a day. Some of the novels he wrote include Dr. Steven Cross, Assassin, Delphi Chronicle, Jet and Black series, plus several standalone novels and the satirical non-fiction book How To Sell a Gazillion eBooks In No Time.

I grew up all over the US – California, NY, Washington DC, Arizona, and then Paris, Germany, Portugal, England. This is one of the reasons I suppose I never felt anchored to the United States or anyone state or area. I remember returning to the US at eighteen and feeling like I didn’t belong, and being horrified at the banal sameness to the endless miles of tract homes and strip malls. I think I probably spent most of my adult life preparing to leave again for good. I was never a good American. And I got involved in the performing arts at a young age, which taught me self-discipline and perseverance – that nobody was responsible for how good you were going to be at what you were attempting other than you, and that nobody hands out medals for second place or a nice effort. That sort of cut and dried assessment of my own performance from a young age molded me throughout my life and directed many of the pursuits I engaged in.

That money can make one feel secure, but that pursuing it driven by the desire for it is no way to go through life. And that Disney movie examples of love do and can exist, and are worth waiting for. I think when I was younger I tended to do things in order to accumulate money rather than to feel validated or actualized, and I sacrificed my artistic side for mediocre pursuits that were lucrative. When I look back at my thirties and forties, building fortunes doing things I disliked because that was just how things worked was responsible for a lot of dissatisfaction. I wish I’d been advised to figure out pursuits I truly enjoyed that could result in the same accumulation of wealth rather than setting the bar on self-satisfaction so low. And I truly wish I’d spent more time with loved ones than working – the old saying that nobody lies on their death bed and wishes they’d worked more rings particularly true. Time flies and life is the result of a sum of all the decisions one’s made. But most of all I wish I’d realized that everything has a consequence – there’s no free lunch. If someone had sat me down and explained that if I simply asked myself, “what is the consequence of this” before I did anything, from getting in a car after a party with someone who had drunk too much, to other sorts of risky behavior, to relationships, to vocational choices, I would have lived a vastly different life, and that would have spared me a lot of grief and wasted time. I think when I was younger I tended to just do things rather than considering consequences, and while that can result in some interesting outcomes, it isn’t particularly efficient and can lead to a lot of near-death experiences and unpleasant situations otherwise avoided. Perhaps it’s just me, but I’m amazed every day I awake that I made it through my teens and twenties.

To follow your passion. That’s all well and good, but a healthy dose of pragmatism goes a long way, and not everyone is equipped with the same skills or talent. I think when you’re younger it’s easy to believe that if you simply wish hard enough for something or want it badly, you’re likely to get it.

My experience has been the opposite. I’ve been fortunate enough to witness world-class talent in a number of areas, and believe me, it can seem superhuman contrasted against “normal” talent and skill. The awful truth is that most are average, and likely won’t achieve greatness at much of anything. That’s a bitter pill, but it’s true, otherwise, the world would be filled with amazing breakout successes, and it isn’t. Eight billion people on the planet, and few will achieve anything remembered a century from now, including the very wealthy, the captains of industry, the innovators, the artistically inclined.

To test this, try to think of the popular novelists, or musicians, or business people, or scientists, from 1920. Chances are you can only think of a handful of the very biggest names – the equivalents of the Bill Gates or the Steve Jobs or the Beatles. In other words, the one in a billion. I think better advice is to find something you enjoy so much you would do it for free and then figure out a way to monetize it. At least in that way you’ll have fun and get a sense of fulfillment with whatever you’re doing, and if you’re successful, you’ll never starve.

I had someone close to me steal a massive amount of money set aside for retirement, which was my fallback money should everything collapse, which it did after bad bets in the market nearly wiped me out. Believe me, the toughest thing in the world is to discover once you’re retired that you need to go back to work again and do it all over. But I did, and what I learned was to never, ever let someone else have control of your assets, and to never bet big enough on anything so that if it goes south, you can’t recover. I also learned from my years battling Wall Street corruption that the world as presented by propagandized media is nothing like reality, that many of our most cherished institutions are in fact corrupt, either in petty ways, or thoroughly, and that nobody is looking out for your best interests but you – that most things are set up to control you or to bilk you in some way, and that the ontological shock of that discovery is both profound, and life-changing; but entirely necessary if one is to view the world accurately.

Persistence. With novel writing, with architecture and building, as an investor in startups, as a serial entrepreneur…assuming roughly the same abilities, the guy who is willing to work 20 hours a day to develop their skill and apply it will usually win the race over the one who thinks 8 hours is more than sufficient. That has always been my edge. I’m willing to try harder, for longer, with more focus, than any sane person will. Which of course comes at a price, but hey, nobody makes it out of this alive, so you pick what you want to be good at and focus on that, as it’s unlikely you’re going to be good at more than one at any given time.

I wake up whenever my body clock dictates, I sit quietly and meditate for twenty minutes, then shower and sit down with a cup of black coffee and get to it. I don’t eat until a late lunch, preferring to fast for 18 or so hours between dinner and lunch. If I have time, I’ll walk briskly for an hour to and from Starbucks to get the adrenaline flowing before commencing my day. Nothing groundbreaking.

Meditation. I find it brings considerable mental clarity and expands my awareness of possibility. Allows me to think outside of the box, so to speak. It isn’t a spiritual thing for me so much as a hack. I started doing it at 32 years old, and have never missed a day. Since I began doing it, I’ve found it almost ridiculously easy to succeed in any way I try, versus before, when everything seemed a struggle and there was no clarity or sense of self-awareness and direction.

Write down a daily list of things you need to do and don’t sleep before you have done them all. Don’t devote time to the inconsequential or the pointless. Emotional storms are luxuries that come at a ridiculously high price, and even now, I can’t afford them. Think in terms of objectives and outcomes, not processes. Ask yourself “what is my objective in doing or saying this” and you’ll find that much of the mental clutter gets stripped away and you become more purposeful and effective. Put your time into the things you can control, and don’t waste it bemoaning the things you can’t. Fuel yourself in a manner where your body burns at peak efficiency – don’t eat a bunch of crap, and don’t eat or drink more than necessary. Probably most importantly, view your day as a set of choices, of tradeoffs, with a limited amount of time to devote to achieve maximum results for your effort. Don’t invest your time in low outcome tasks. As an example, a lot of authors will choose to format or proof their books themselves. In the early years, they would also create their own covers. I always looked at that in this manner: if I can pay someone $20 an hour to format a book, and my writing earns me $100 an hour, I’m losing $80 an hour for each hour I format or whatever. Viewing things in that way helps clarify where to direct your energy in the most accretive manner, rather than working hard and having little to show for it at the end of each day. Some might say pride in a job well done is worthwhile, but to me not if it means I lost $80 an hour. That’s too high a price for some self-indulgent time-wasting.

Infinite Jest by David Foster Wallace, which gave me a good idea of how intricate and stunning writing can be, partially informed my desire to be a writer. Carl Sagan’s Demon-Haunted World is an argument for rational skepticism in all things, which has served me well in life. Never Split the Difference for powerful insight into the art of negotiating. The Holographic Paradigm for a compelling explanation of the nature of reality.

A coward dies a thousand times, a brave man dies but once. 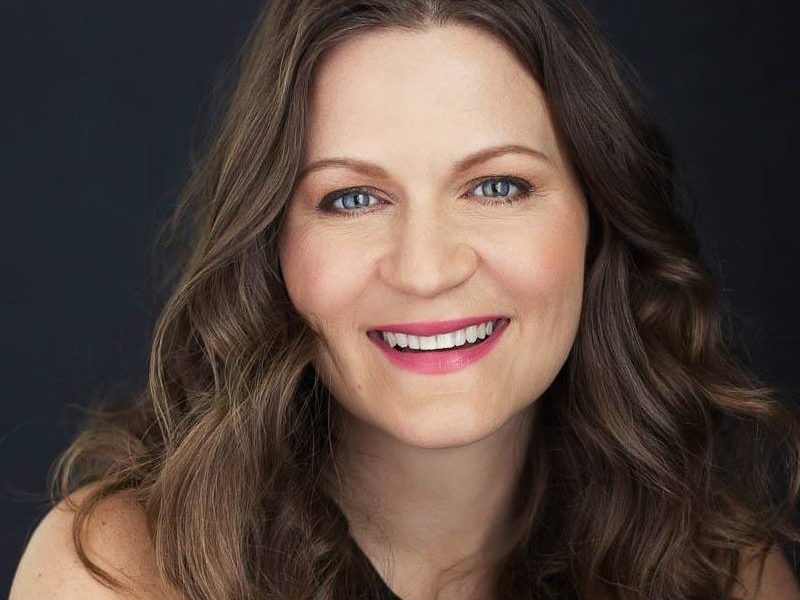 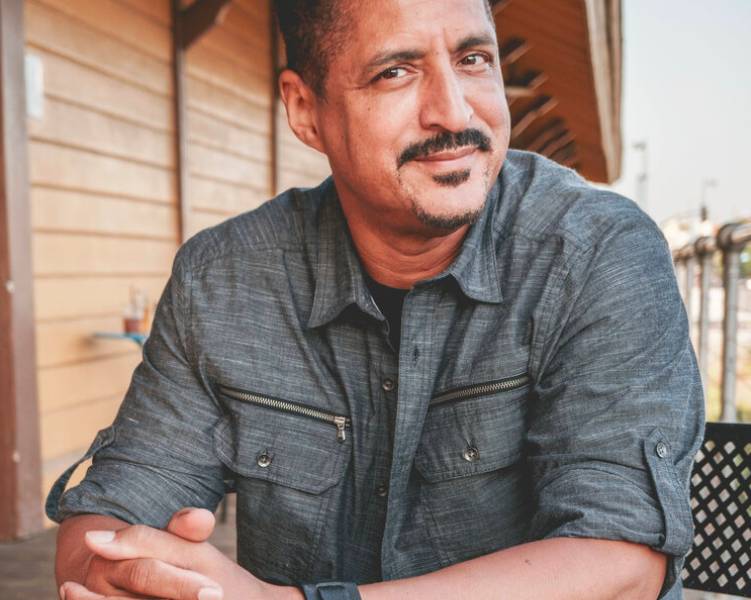