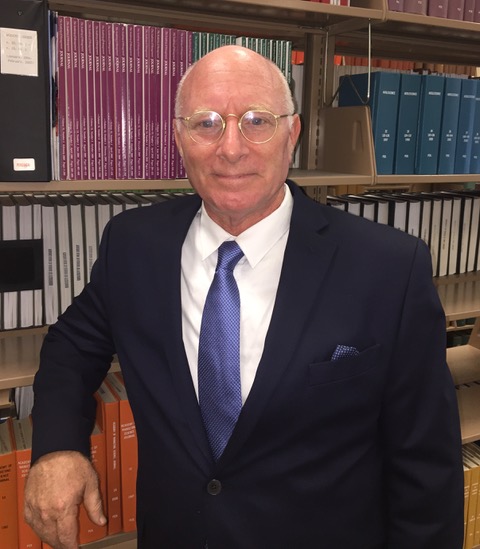 Sydney Ross Singer is a medical anthropologist, animal activist, lecturer, and author. He has made numerous medical discoveries into the cultural causes of various common diseases using an integrated approach from the fields of biochemistry, anthropology, medical humanities, and medicine. Singer is the author of the books Dressed to Kill: The Link Between Breast Cancer and Bras and Get It Up! Revealing the Simple Surprising Lifestyle that Causes Migraines, Alzheimer’s, Stroke, Glaucoma, Sleep Apnea, Impotence,…and More.

I grew up in NYC and attended regular public school. However, standard intelligence tests administered by the school showed I had an IQ of 165. My education was accelerated, and I entered college at the age of 16. While I was intellectually and physically capable, my emotional maturity was still of normal age, so I didn’t fit in well with others while in school. I suppose this out-of-the-group feeling helped me develop an out-of-the-box way of seeing. On the other hand, when you are a genius you don’t fit in very well with others, anyway. I’ve written about this, for those who care or relate. See my article, It’s Tough Being a Genius.

I wish I would have realized that Google, Amazon, and Facebook would be the giants they are, so I could have invested in them when they started.

As for life’s lessons, you need to make mistakes and learn from those mistakes in order to gain important realizations. You can’t have realizations before you have meaningful experiences and lots of mistakes. We learn by trial and error, so you need time and experience to learn. No use looking back and lamenting one’s ignorance. The big lessons in life need to unfold slowly. You can’t rush wisdom.

My professional focus, which overlaps my personal focus, is on the many ways our culture makes us sick. I have become aware of the many harmful things our culture trains and conditions us to think, feel, and do. Wearing a bra is one example. We discovered that sleep position also affects health, and causes numerous diseases and that people are literally killing themselves with the way they are trained to sleep. See my article, Rest in Peace: How the Way You Sleep Can Be Killing You.

Most of the recommendations doctors make are based on drug or surgical treatments. That’s what doctors are trained in. I know, since I attended medical school. Disease prevention requires personal responsibility and lifestyle change, but medicine ignores these since they are not medical solutions. Medicine does not make money on healthy people. So trusting their advice will not help you stay healthy, or necessarily recover your health. You need to stop the cause of the problem, or the problem will not go away. Typically, the cause of the problem is cultural. We call these culturogenic, or culture-caused, diseases. Bras and breast cancer is a perfect example. You need to listen to your body and pay attention to how you feel, and willingly change your lifestyle if needed. It’s your life, and health is your responsibility. Trust the medical system at your own peril. (As I said, I’ve seen how they operate.)

As you can tell, I am an independent person, with independent thoughts. I find myself living in a world run by less intelligent people with dishonorable motives. Seeing how people who are leading the field of medicine can deny, ignore, suppress, censor, and lie about the bra-cancer link and other medical discoveries was a dark realization. And I discovered it is not limited to medicine. The world is not run by fairness, or intelligence, or equality. That’s a dark reality to face.

My earliest disillusionment and disgust for the culture started when I asked to be excused from the dog labs in medical school. I had had some experience with animal research as an undergraduate and graduate student and did not want to participate in any animal cruelty in medical school. The school tried to force me to participate in demonstrations that involved killing dogs, despite my moral objections, and this changed my life. Instead of complying, I fought back. I became an outspoken opponent of the use of animals in medical education and became introduced to the animal rights movement. I threatened a lawsuit if they would not allow me an alternative, and the school finally gave in. However, I became blacklisted. Despite being the top student in the school, I found myself increasingly alienated from medicine, as each lesson drew on animal studies. Medical science relies on animal research, and millions of animals are killed and tortured each year in basic and applied research. I felt I could not be part of this horrific, cruelty-based field, and wondered how any sensitive student-doctor could ever emerge from this bloody field with their sensitivities intact. (Of course, suicide in medicine is higher than in any other field.)

By the time I was in medical school, I was already 30 years old, with Ph.D. training in 3 programs, including biochemistry, anthropology, and medical humanities. I decided to leave medicine and pioneer a new field, called applied medical anthropology, which does not use animal research. Most of our diseases are culturogenic, and you can’t study human culture on animals. Our discovery of the bra-cancer link was our first and showed the power of this approach. Of course, this is one reason why it was rejected out-of-hand by the animal-research-dependent medical industry.

For more on my experiences in medical school, see my article, Dog Days in Medical School: My Personal Journey Through Hell and Why I Became a Medical Anthropologist.

Since then, I have made discoveries of the cultural causes of many diseases, offering simple lifestyle changes people can try for themselves. No animal suffering needed. And it eliminates the cause, allowing the body to heal. I took on the medical establishment, giving away information for free, hoping to help others while exposing the problems with our medical system.

I don’t give up when I know I am right.

I’m an early to bed, early to rise person. My day starts between 4 and 5 AM, and I begin the day petting my dog. I avoid coffee and don’t need any since my mind is clear when I awake. (This is partly due to my discovery that raising the head of the bed improves brain circulation. I sleep with the head of my bed elevated about 20 degrees.) Once the sun is up, or sometimes before that when it is winter, I go for a walk in nature. (I didn’t mention it before, but David Thoreau’s “On Walden Pond” was also influential in my life early on.)

No tight clothing, sleeping with the head of the bed elevated, and having lots of animals in my life are my keys to health, along with lots of walks for exercise.

My work is mostly thinking and writing, with some media interviews, so I am fortunate to be able to apply myself when I feel inspired and motivated. When that happens, I focus completely on the task at hand. I usually don’t stop until I get my work done, which I do as quickly as possible. I don’t use any formal organization methods for writing or thinking. I am mostly intuitive, synthesize ideas quickly, and integrate information in novel ways. For me, it’s a creative process, like a work of art. It flows from me as a stream of consciousness, so I don’t use outlines. If I begin to write and I don’t feel inspired, I stop. I don’t write because I am a writer; I write to express something, usually something important about health, culture, animals, or general wisdom. So writing is a means, not an end. I try to use humor as much as possible since you need a sense of humor to get through life without being depressed all the time.

By far, the book that has most influenced my life is, Dressed to Kill: The Link Between Breast Cancer and Bras by Sydney Ross Singer, which I co-authored with my wife in 1995. It was the first book I wrote as a medical anthropologist, describing our research into this important cause of breast cancer. In fact, we performed the world’s first study specifically on the bra-cancer link, which has resulted in dozens of studies internationally on the subject and which confirm the link. There are also newly designed bras based on our research, and a bra-free movement now trending throughout the world based on our work.

Perhaps most interesting, apart from the science, has been the medical and cultural response to this information. You would think that women and medicine would want to know that tight bras are the leading cause of breast cancer. But there has been resistance, defensiveness, denial, personal attacks, censorship, corruption, and misinformation, especially from the medical industry. It was a potent lesson on how medicine is about politics and economics, more than about health and truth. You’ve heard about medical conspiracies, but we have been personally living through one for the past 25 years. Fortunately, women can feel improved breast health once they stop constricting themselves with bras, so this life-saving information has spread despite the resistance.

However, the effect of this has been profound in my life. Discovering a major cause of cancer should bring success and new opportunities. For me, given the politically-incorrect nature of the topic, it brought censorship and blacklisting. It made me rise to the challenge, devising ways to overcome the obstacles. Fortunately, I succeeded in spreading the word, saving uncountable numbers of women from this cause of breast cancer. I am still fighting to get the word out, since there is still cancer industry resistance to this information, making this issue a defining feature of my professional and personal life.

As an author and independent thinker, I rely more on my own quotes than on those of others. My favorite personal quote is, “People are not rational; they rationalize.” This means that people make decisions primarily based on their feelings and biases, and not on rational thought. If you try to use reason to convince someone that their biases and feelings are wrong, you will usually fail. People will invent all sorts of rationalizations as to why they should continue believing what they already believe and feel. 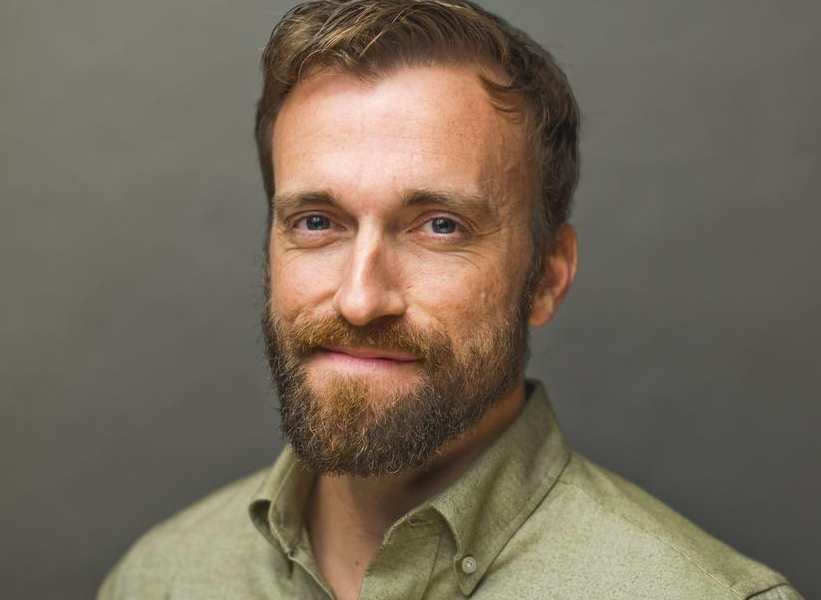 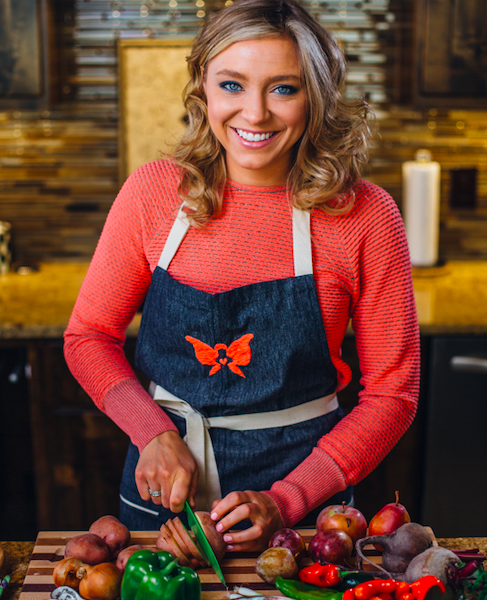