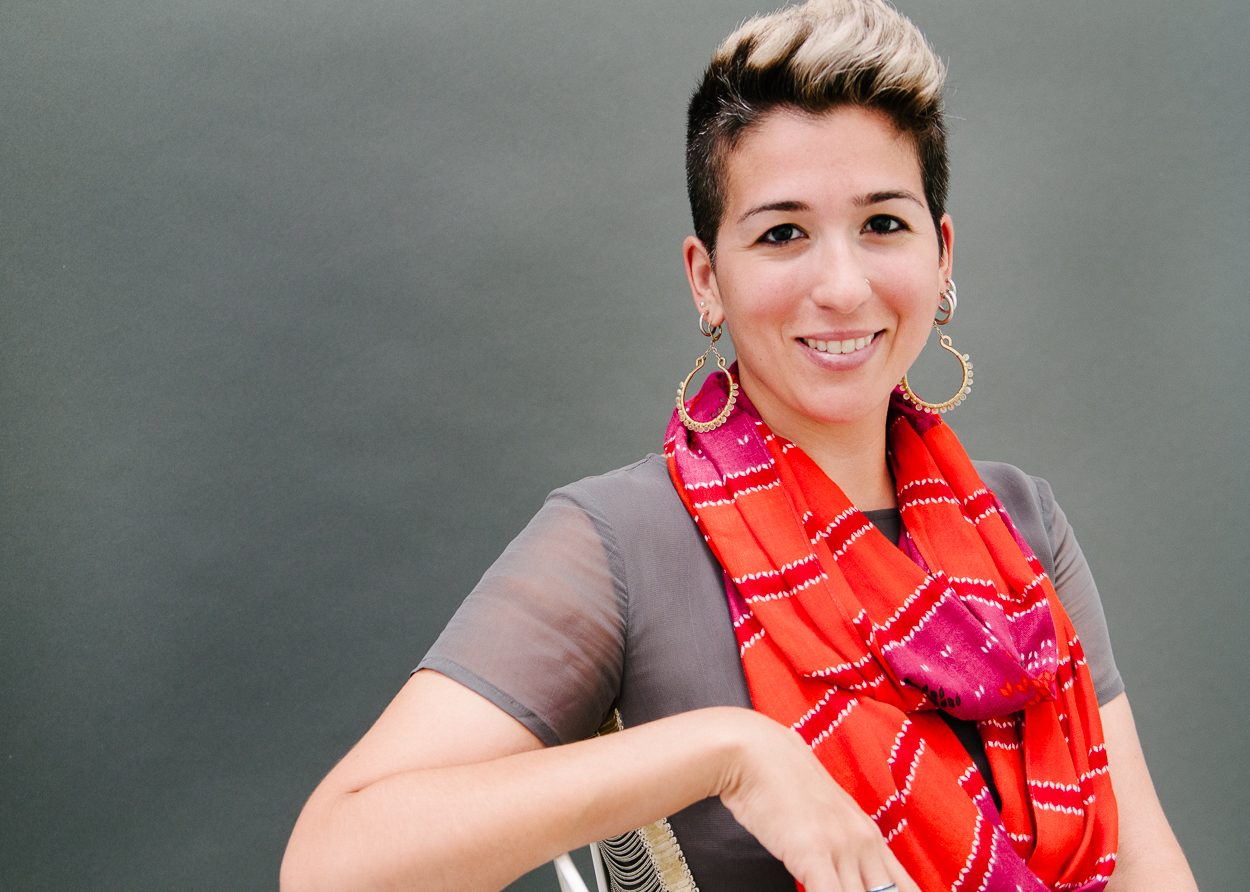 Vanessa Garcia is a multidisciplinary artist working as a novelist, playwright, and journalist. Her debut novel, White Light published in 2015 was named one of the Best Books of 2015 by NPR, Al Dia, Flavorwire, and numerous other publications and institutions, it also won an International Latino Book Award.

Do your work and the rest will follow. Don’t worry so much about where it will end up when you’re making the work, when you start making the work. Make the best work you can make, the work you’re called to make, that’s the first step of the journey.

It’s stupid to try and jump to step ten, when you’re at step one. Go step by step. Patience is as important as persistence.

Rules about writing in general – I always throw those out. Whenever I hear anyone say: “never,” or “always,” I tend to stop listening. The best kind of writing breaks the rules, sometimes without even realizing it’s doing so.

So, for example, if there’s a trend toward realism and all the critics are saying that this is the way literature must present itself at this moment in time, in American History, and you’re writing some sci-fi-literary-fiction-magic-realism blend of something you’ve been stirring up in a pot for years, don’t be discouraged.

Maybe you’re the next big thing. Maybe your voice is just what the world needs. Things change all the time, so when people start laying out the rules for a moment in literature, I shut off. I have no business with the rules.

There was a moment in time when everyone was rejecting my first novel. The novel that eventually came out in 2015. I wrote that book from 2007-2009. It got rejected by everyone my agents sent it to. I went through two agents for that book.

It was incredibly frustrating. Editors liked, sometimes “loved” the writing, but wouldn’t purchase it. Some of the responses I was getting: “Nobody knows who she is.” And, “We already have one Cuban-American writer on our roster next year.” This really pissed me off.  That novel, White Light, wasn’t even directly about Cuba.

It was about a painter trying to make it in the art world, who loses her father suddenly. It was about coming to terms with loss and creation at the same time. It was hitting universal themes. I knew for a fact no one was saying, “sorry, we already have a white writer on the roster for next year.”

I got out of that pit of rejection by writing. They told me I was an unknown, so I made it a goal of mine to get into big publications – The Washington Post, The LA Times, The Huffington Post, etc.

I wrote and wrote – articles, plays, a new novel. In 2014, an editor named Rosalie Morales Kearns, who runs Shade Mountain Press, reached out to me via email after reading the manuscript of White Light, and said: “Who do I have to fight to publish this book?” I told her: “no one.”

The excitement she had for the book is the kind of excitement every author dreams of.  She was a stellar editor. The book came out the following year and it was on a number of “Best of” lists, including NPRs Best Books of 2015, and won an International Latino Book Award.

The fact that I really, really, really love what I do. Writing for me, sitting down and making work, is full of pleasure. Making visual art, which I merge, often with the writing, is also extremely pleasurable. Also, it’s a cliché, but – perseverance.

When I have an anchor project (a long project like a novel or play) that I’m working on, and am in the writing phase, I wake up at 6 am or 7 am, and I leave the house. I brush my teeth, get dressed, kiss my husband or leave him a note (he’s usually still sleeping).

We’ve got a dry erase board where we leave notes now so as not to waste so much paper (I’m an avid note leaver, so…). Then I head out to a café that’s walking distance. I order a coffee, a sparkling water, and start writing.

If I’m doing research, I usually wake up at around 7 am, and stay around my home office and start organizing for the day – seeing what I need to tackle. My husband gets up around 8 am and we chat a bit, while he’s making his coffee, but then I’m back to the research as soon as he goes off to work.

Sometimes, when I’m good I have a little ritual where I stay in bed for a couple of minutes when I first wake up and I list all the things I’m grateful for, and bless the people I’m going to meet in my day. I’m a better person when I do this. A better writer even.

Taking a break to exercise in the middle of the day. I live so much in my mind, that a mid-day run, bike ride, gym class, it helps me so much to both get out of my head, and let the stories roll. It helps me to be in my body, in the world, breathe fresh air, be happy. It brings me back to being human.

I’m a planner. I have a planner (paper) that I carry with me all the time. It has my daily to do list (a full page for every day of the week – it’s always a moleskin because they make these that have the full pages per day).

Then in my office, I have a large monthly view calendar on my wall (dry erase so I change it every month) that helps me to see the big picture of the month ahead. That way in the morning, I can see my month, but then in the day time, I’m only dealing with my day, one thing at a time, one by one… I go through my list (not necessarily in order), but I know I have to reach my goals that way. It’s a great help to me.

I’ve been doing this since I was fourteen, I learned to do it my freshman year of high school, believe it or not, and I have been doing it ever since. Been doing it for twenty-four years now, it works for me.

Go for a walk. Light Candles. Turn to ritual. Sometimes I go to church by myself, not during a mass, but just to the church itself. I’m not religious, I don’t believe in dogma at all. But I do believe in sacred spaces, and I do like to stop my day sometimes and just listen and be grateful, and lay out my frustrations.

Yoga helps too. The action of stopping, in other words, listening, and letting yourself just release all the tension that’s making you lose focus. It’s very useful. Even it if means walking around your office or apartment in your socks for a bit.

When I was in my teens I read a book by a Cuban writer. It was The Assault by Reinaldo Arenas. It was full of a fierceness I’d never experienced before, full of fire and rage and a need to write.

One of the places I write about today is Cuba, and I don’t think that’s a surprise. Every generation, across different diaspora, has something to say. I’m an American Born Cuban, an ABC, and I feel that my story is important now, and the impetus to fight the fight and write might have started with that early encounter with Arenas.

Two things, the first one is not a quote as much as it is a mantra that I attached myself to early on. Basically that if you wait to be inspired, you’ll lose your inspiration. I don’t believe in sitting down and waiting for the light to hit, I think working is the light, and the work finds the light.

The second thing is Toni Morrison’s famous quote: “If there’s a book that you want to read, but it hasn’t been written, then you must write it.” Sometimes this journey is hard because it means you are writing something new.

You are writing something that the “gatekeepers” might not be familiar with, haven’t heard about, are unfamiliar with, and, yes that’s the point, but getting that new material published isn’t always easy. If you believe in it, you keep going. 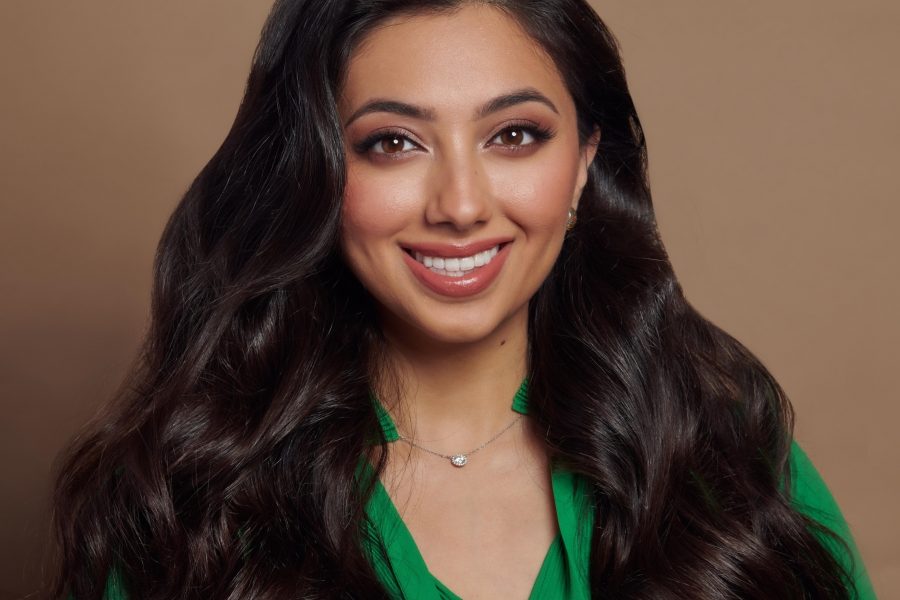 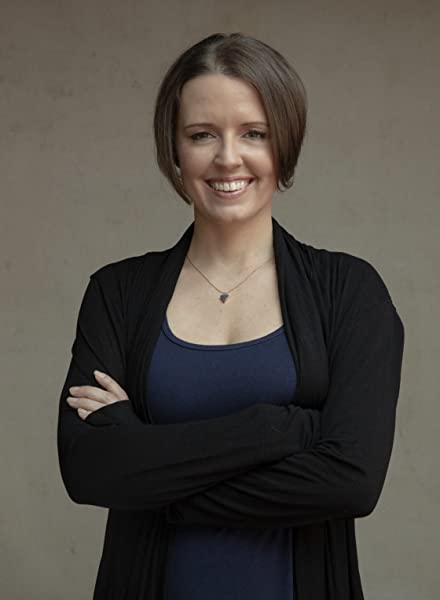