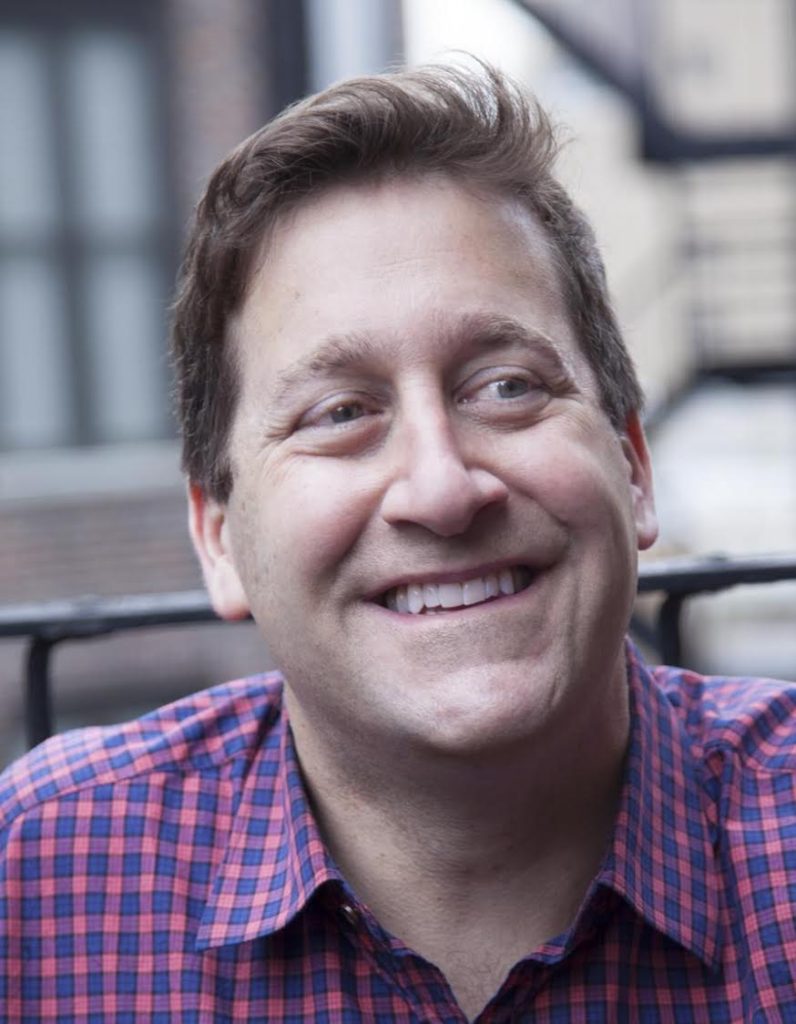 Will Meyerhofer is a Licensed Clinical Social Worker (LCSW-R), providing integrative psychotherapy in individual, group, and couples settings. He specializes, as a former corporate attorney, in working with lawyers around career and other issues. Will has written four books and has been profiled in the Financial Times, the ABA Journal, and Bloomberg Television.

I grew up in Princeton, NJ, a few blocks from the campus. My family had no ties to the university, other than my pedaling up on my bicycle as early as junior high school to hear concerts of classical music at the Music Department or watch weird foreign movies (think Fellini and Bergman) that the student film society would show in the evenings.

Mostly, I found Princeton boring, especially as New York City loomed on my horizon like The Emerald City, a 45-minute train ride away. The Big Apple was where I wanted to be, no question about it, just as soon as I could find a way out.

One lasting effect of growing up in Princeton is my dread of the “middle-brow” – the stuff of local Performing Arts Centers, the over-praised, dull but safe entertainment that so thrilled and delighted the inhabitants of that over-praised, dull but safe small town. It still feels like a forbidden pleasure to not like something – to view performance with a critical eye and enjoy discussing what I didn’t enjoy. In Princeton, not liking what everyone else liked got you labeled a Philistine. I hate that sort of groupthink, especially around art.

It’s hard because if I’d realized it was okay to be gay and went out and met a boyfriend as a teenager, there’s a chance I’d have caught AIDS and died. And if I’d realized I was never meant to be a lawyer, I’d have saved all that money I blew on law school, but would never have had this career as a psychotherapist who works with lawyers. It all serves as a reminder of the dangers inherent in time travel.

So I guess I’ll say I wish I’d known I could trust my own inclinations a bit more, at very least in my taste in real estate. I live in a lovely loft in Tribeca right now, but I could have bought the same loft 30 years ago (perhaps with the inherited money I blew on law school) for a fraction of the price I paid later. In those days, you had to be a wild bohemian art nut to live down here. Now I-bankers are fighting over these spaces.

I’ve been surprised at how resistant some of my colleagues are to the potential benefits of psychedelic medicines. Psychedelics are an exciting area of research that may soon play a role in the future of our field. I asked one psychiatrist whether he’d ever taken a psychedelic and he snapped, “no, I don’t do drugs.” I bit my tongue, but I wanted to point out that the term “drugs” is largely meaningless – it’s a way to stigmatize, not organize. The implication is that “medications” are good, but “drugs” are bad, based on pretty much nothing. One “drug,” MDMA, has recently been proven in FDA-approved Phase 3 studies to be highly effective in the treatment of PTSD. Another “drug,” psilocybin, has shown enormous benefit in the treatment of depression and substance abuse. I have used and continue to use psychedelic medicines in my own life (“recreationally,” if that’s what you want to call it, although I’d say they’re much more than recreation in the sense of an escape.) These medications have been enormously valuable to me in my own quest for inner calm and meaning in existence.

The AIDS plague years were brutal. I lost a partner I’d only been dating for about a year, but whom I loved very dearly – I was only 24 when he died, and he was barely 27. He was very ill, going blind and in a diaper, and chose to end his life by taking an intentional overdose of medication.

My takeaway from all that horror carries the feeling of Buddhist wisdom: I realize now that it’s all okay, all of it. It’s okay to live, and okay to die. It’s okay to take your own life if you feel you are no longer well enough to enjoy living, and you have decided it is the right time. It’s all okay, including accepting the stuff we don’t control. There are no “crises.” There is only a great wheel endlessly turning. Death is part of the natural cycle of being alive, and we don’t have to hate it and fight it and make it so terrifying. We can accept that it’s there, sometimes even welcome. Life and death are all part and parcel of the same experience.

I tell the truth – that’s been the secret of my success as a writer. I ran into literary agents and editors who were aghast at the notion of my writing books that were critical of law as a career and then trying to sell it to lawyers. Outrageous! But it was the truth, and my readers (mostly lawyers) realized that and flocked to buy those books.

I’m also fully present as my authentic self when I work as a therapist. I’m what you might call “an engaged therapist”(which means I talk.) Theodor Reik said that when he was Freud’s patient, the conversation was (I’m paraphrasing) “a 50/50 give and take, but the subject was me.” You can’t be the right therapist for everyone, and perhaps some people prefer a beard-scratcher who stares at the clock, but I’m going to engage with you, and talk, in a give-and-take where the subject is you. I think my patients like that. It sure seems like harder (and more interesting) work than beard-scratching in silence (although, yes, there are times when I shut up and listen, too, because that seems appropriate in the moment.)

Since I work mostly with lawyers, I decided to start work early every weekday, so they can see me before they go to the office. Biglaw lawyers often work late nights, but they rarely show their faces at the firm before 10 am. So I’m up seeing patients as early as 6:30 am, but more typically at 7:30 or 8:30 am. Given those working hours, there isn’t much of a routine besides waking up, hurrying to get showered, throw on clothes, and get down to it.

Several years ago I decided to toss in the towel and give up entirely on doing what other people tell me rather than what feels right. I’d already come out as gay, given up a legal career, and headed back to school at nearly 40 to become a therapist. The next step was to buy a big raw loft space downtown, come out of the closet as a jazz fan, join the board of a non-profit jazz venue, and start dressing more casually for work. Then I started to collect art seriously because I adore it. I think the latest breakthrough was adopting a Yorkshire Terrier. They’re tiny little fluffy dogs, and one of my friends told me, “Dude, that’s the gayest thing you’ve ever done,” but I love tiny little fluffy dogs, and Sylvia is now a dear doggie friend and constant canine companion.

Let your freak flag fly. You won’t regret it.

I’ve never been a procrastinator, but I used to rush through stuff I didn’t want to do, to get it over with. I’ve found a better strategy: I do stuff I like since then I avoid the whole problem. I love my work, and that helps me do a good job at it.

With writing, in particular, I learned to accept that it comes when it comes. There’s no point forcing writing – you’ll wind up with stuff no one wants to read because you didn’t want to write it. It’ll come if it’s gonna come, and if it doesn’t, well, heck, the world already has plenty of books. Better to wait and let things flow naturally.

As a kid, bored in the suburbs, science fiction was my escape – classic authors like Bradbury and Clarke. I still love that stuff, and actually wrote a (sort-of) sci-fi novel of my own a few years back.

In college, tired of reading “the classics” (i.e., old books by white people) I realized I could take courses in the African-American Studies Department, and my mind was thoroughly blown by authors with experiences very different from my own, or (in the case of some LGBT writers) similar to my own, for the very first time.

At this point, I have two rules.

Second, if I’ve given it 50 pages and I hate it (especially if I’m bored), put it down; it isn’t for me, and there are plenty of books in the world.

I worked at Barnes & Noble for a few years around 2000 or so, and I remember one of the women who worked there told me “You work in books now, kiddo. You gotta read at least a book a week or you aren’t taking this job seriously.” That always stuck with me, and I do my best to read at least a book every week and to read as broadly as I possibly can.

My old therapist, Lena Furgeri, used to ask “why do you have to change that person?” It’s always stayed with me because we shouldn’t try to change anyone other than ourselves. If you want to change yourself, fine, be my guest. And if you’re modeling a way of being that impresses me, positively or negatively, it might lead me to change. But that’s it. Who am I to tell anyone else how to live their life? 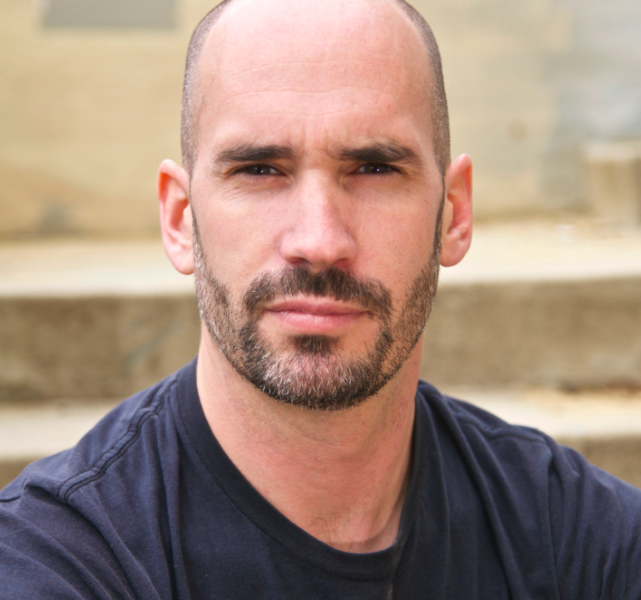 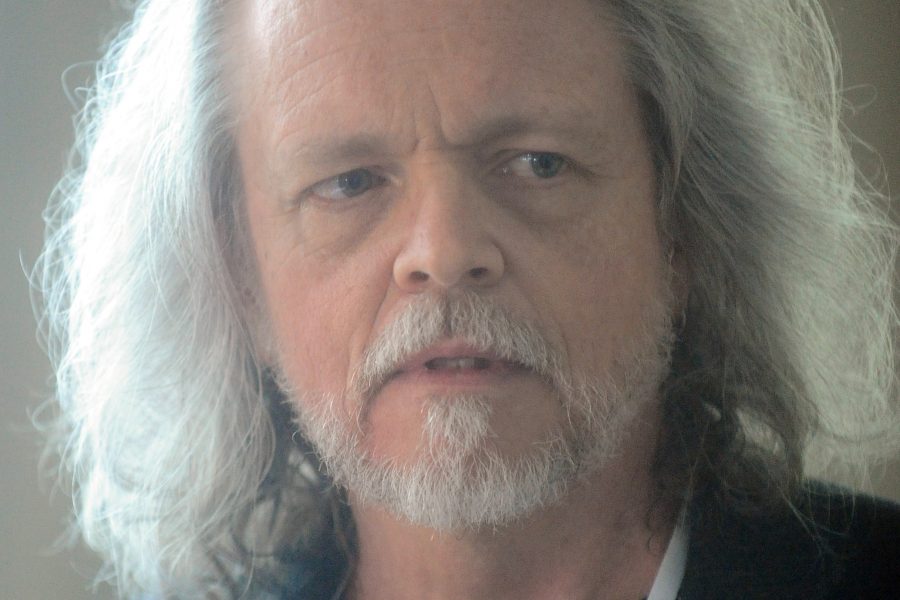