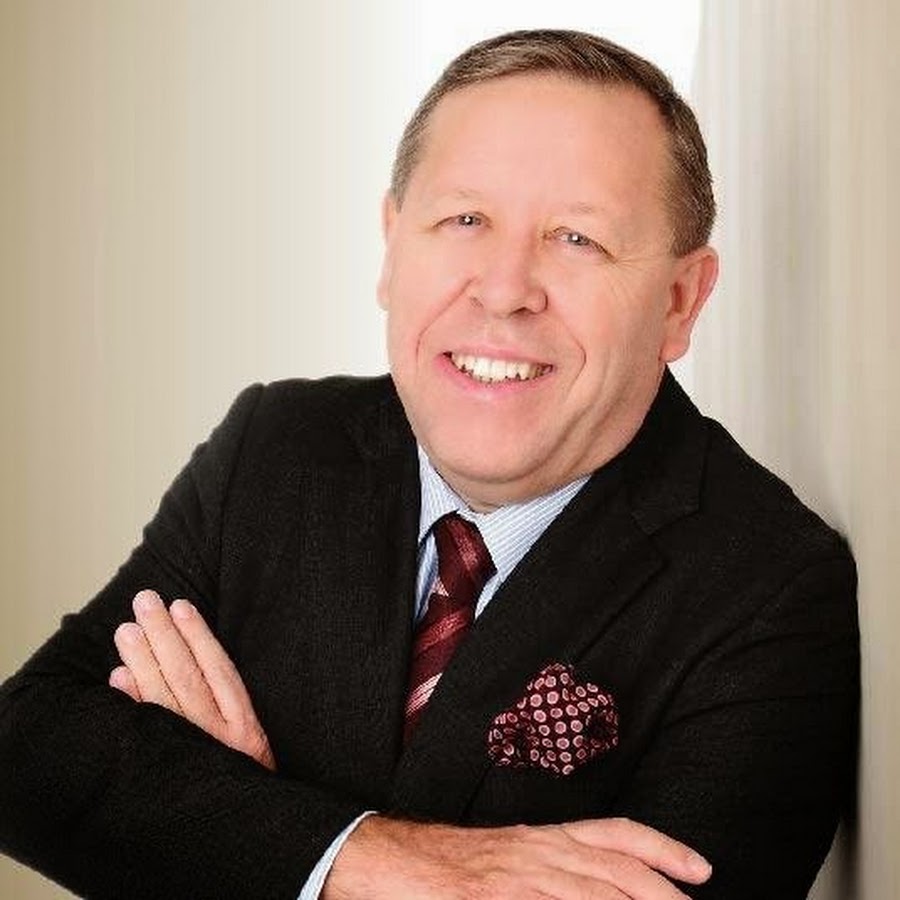 Gordon Tredgold is the CEO and Managing Consultant at Leadership Principles Ltd, a management consulting firm that helps companies give leaders the tools to drive engagement, performance, and profits. He has always had the unique ability to assess difficult situations, determine what could be done differently, and then create simple solutions, delivering fast and sustainable results. Tredgold has been ranked by Global Gurus as one of the Top 10 Leadership Experts, Speakers, and Trainers in the world.

I grew up in Leeds in Northern England, in a big family, with 5 kids, to loving parents so I was a happy child and have great memories.

I played a lot of sports and was passionate about rugby, and when I was 10 I played in teams that finished in the middle of the league, but by luck of the draw, in the cup, we only played teams we had beaten before and we reached the final. There we got to play the team who won the league and who had thrashed us twice with a combined score of 48-3. We were the underdogs of underdogs. But our coach worked on our beliefs, showed us how we could win, came up with roles for each player, and gave us confidence that when we played the final we won 6-3. This taught me the power of leadership and how average teams with the right leadership and strategy could achieve results that they felt were beyond them.

This has been the cornerstone of my leadership journey and what I try to do every day.

I wished I realized I could write, for yours I didn’t think my writing was any good, I had been told that at school and believed it. Yet after starting at the age of 52 I have written for Forbes, Fortune, Business Insider, Entrepreneur, Inc, Fox News, and many others, and had my articles translated into over 20 languages. If I had known that could happen I would have started much earlier. Who knows if it would have made much of a difference to me, but it might have helped more people earlier.

I think it’s any time I hear someone say it’s not possible without offering a reason why a good reason why not. Too often people are held back by the false beliefs of others. Like my teacher who told me I couldn’t write. I think as leaders our just is to help people rise up; not to hold them down with our own self-doubts.

To be honest, I haven’t had many dark periods in my life, and I know that makes me very fortunate. Now that doesn’t mean I haven’t overcome challenges or adversities, because I have and each time I have tried to learn from them, what I could do better or differently next time.

I did run a program where we pretty much transformed everything at the same time within the company – at the request of the company. And in the middle, we had a lot of disruptions to the business and it was quite heated for a while, I certainly felt it. But by working diligently, showing persistence and consistency we were able to work through the problems and ultimately deliver the required results.

What I learned from that was the benefits of having a structured approach, the importance of leadership in keeping everyone’s morale up, owning the failures and taking accountability to fix them, and the power of leading from the front and how that can inspire people.

My competitiveness and desire to succeed. That really helps me to continue when many would give up, it helps me to be creative in looking for solutions. It’s also shown me that success is not a solo sport and the more people we can engage, empower and excite the more success we can have.

I wake up every day at 5.30ish no alarm clock, I’m just naturally an early riser; I take a cup of tea, watch a little bit of the news, and then this is when I tend to be my most creative so I will write, or work on a problem. I started running marathons a few years ago, and often I will run early morning leaving the house at 6, a great way to clear my head. Due to the pandemic, I haven’t done much of that, but I have signed up for the Rome Marathon in September so I need to start that again.

The two habits I value over all others, and that have made the most impact for me are keeping things as simple as possible, and persistence.

The power of simplicity is often overlooked; but when we keep things simple it allows others to understand and contribute, it creates belief when we can simply see how we will be successful. It allows focusing on better complexity skills execution whereas simplicity drives it and boosts efficiency.

Persistence is a talent multiplier. I have seen so many talented people fail to live up to their potential because of a lack of persistence, who don’t give their talent the air it needs to help them soar. And I have seen people achieve amazing things who are less talented but who take what they have and work hard to maximize their outcomes. Personally, I have written over 1500 articles on leadership, which sounds a lot, but it’s just one per day for 1500 – one is not a lot, but the persistence for doing it each day builds up over time. It’s worth remembering that big successes are often just an accumulation of small successes.

As mentioned earlier, I look to find the times I am most productive, and for me, that’s early morning and I look to schedule the things I need to do into that timeslot. I also take breaks when I need to, it’s hard to be productive all day, so I look to do it in spurts. Also if I find I am in the flow and productive then I will continue working, keep going while I’m hot.

The other thing that I do is to have a recognition board of things I have achieved, and I use that as a reminder of what I can do if I put my mind to it, and that helps me when I am struggling.

1 – Leadership and Self Deceptions by Arbinger Institute
This book really opened my eyes to my own involvement in a bad relationships, or incidents that didn’t go so great and how I could improve my ownership, change my thinking and improve results.

2 – Gung Ho! Turn on People in any Organisation by Ken Blanchard

This book is a simple guide on how to create inspired teams that deliver amazing results. It also showed me that I could write because the style is simple, easy to follow and I knew that whilst not being a great writer, I could write simply and give simple advice.

3 – Good to Great by Jim Collins

There are some great tips in this book about how to reach peak performance, and the role of humility and perseverance in achieving that. This book helped me to better understand the key qualities needed in a leader.

Yes, lots because I think they are great learning tools and advice to live by.

“If you can’t explain it to a 6-year-old then you don’t understand it.” – Einstein.

This works two ways for me.

First, it’s about my communication ensuring that I explain things as simply as I can, and this often forces me to understand things better, as we need to understand things at least one level higher than the level we explain it at. It also ensures that more people understand my messages because of the increased clarity. To be clear this doesn’t mean talking down to them, or speaking like they are children, but about expressing things in a way that everyone can understand.

Second, it makes me challenge people to explain things to me clearly, and as I work in IT which can get very technical it’s a great way of understanding the level of understanding within your teams or the people working for you. It also allows you to contribute more, as when you understand sometimes you can spot issues others who are too close miss.

“People are not afraid of hard work they are afraid of failure.” – one of my own mantras

“What gets recognized gets repeated.”

This is a great reminder of the power of recognition because when we recognize good things they become good habits, which leads to great performance. 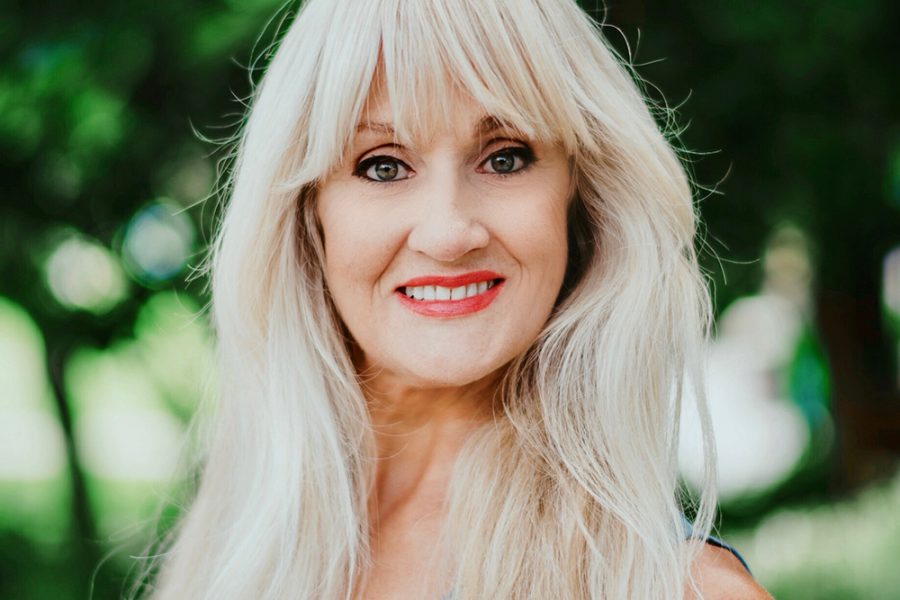