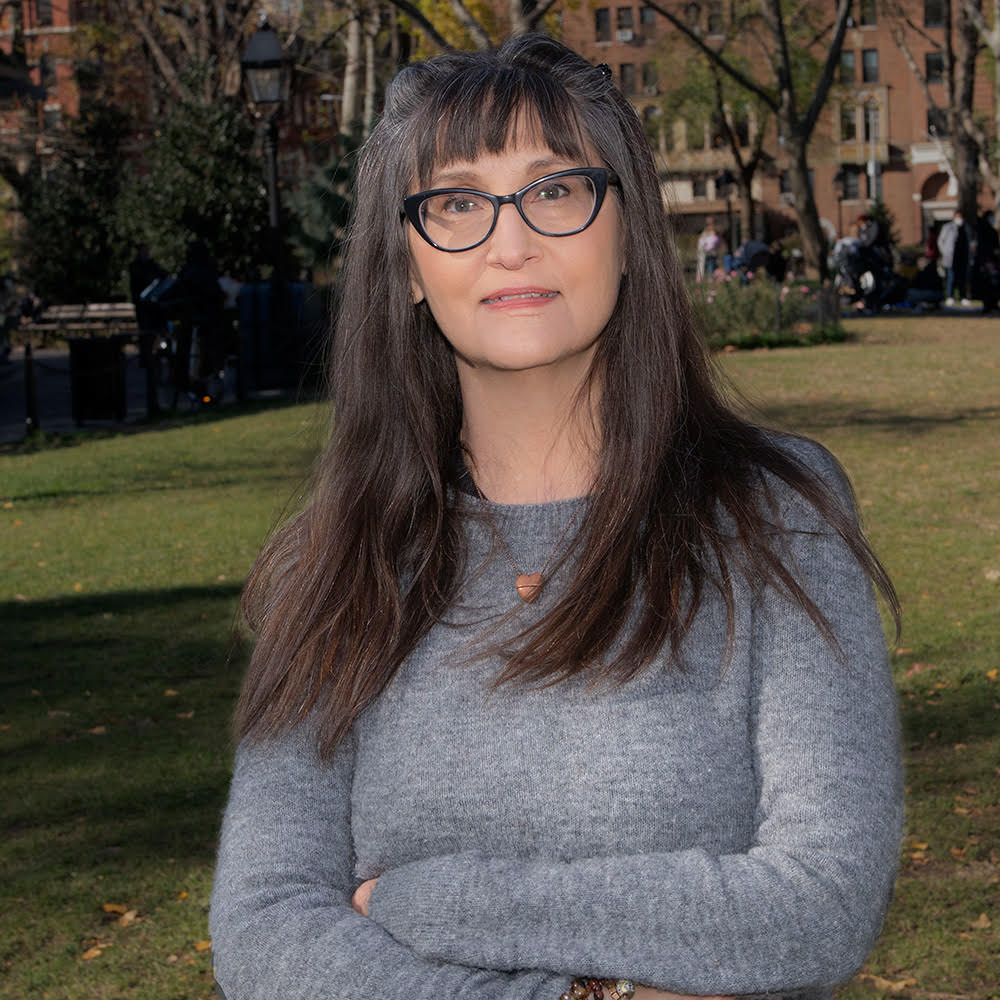 Jen Senko is a filmmaker, director, and producer. She is an independent entertainment professional passionate about making films that have the potential to make a positive change. Senko’s latest film, “The Brainwashing of My Dad” is about the history of the right-wing media told through the lens of Jen’s dad whose politics and personality changed after his immersion in Talk Radio and Fox News.

I grew up on the Jersey shore. It was wonderful to be able to go to the beach every day in the summer when I was a kid. Then when I was a teenager we used to hitchhike up and down Ocean Avenue from North Long Branch Beach all the way to Asbury Park and back just to meet people. But more significantly to me, I grew up across the street from the woods. Having woods to play in allowed my imagination to expand. Both my brother and I ran kind of wild in the woods. When I was a teen, I had a favorite tree I climbed when I wanted to be alone or to think. I suppose I sort of learned how to meditate up there in that tree (though that term itself was foreign to me then.)

There’s no secret sauce that everybody else knows but me.

That you can do and have everything. The other thing is that you “deserve” this or that. Sometimes things just don’t work out – even if you deserve them.

As far as media activism goes, I don’t think boycotting advertisers is the ultimate way to deal with hate speech and lies. It can also hurt progressive media.

I was in my later 20s and had no idea how I was going to manage real life. I was back living at home after college. I had zippo self-esteem and on top of that, I had a boyfriend who was verbally abusive and wouldn’t hesitate to call me stupid – my biggest insecurity. I had a nervous breakdown. It was beyond depression. It was an identity crisis. I had no idea who I was anymore or who I wanted to be. I was scared of the idea of having to work and support myself because I didn’t feel I was capable of doing that.

I was having panic attacks and was in a general state of panic every waking minute. After seeing several different kinds of doctors who put me on different pills, a cardio doctor told me I had mitral valve prolapse. It was like an extra flap in the valve to your heart – more common among women. This condition allowed for spontaneous flows of adrenalin – thus facilitating and fueling the panic attacks. He put me on some large doses of Inderal and that stopped the panic. In the meantime, my friend Mike Mentzer, (the bodybuilder) was calling me every day from LA telling me I needed to build my self-esteem. Two of his suggestions were that I move out of my parents’ house and the other was to break up with my boyfriend.

It was the worst year of my life. I almost didn’t make it because I thought if I had to feel this way forever, life was not worth living. The Inderal and my friend helped. I also got into this program called Recovery Inc., a self-help program, which was basically like cognitive therapy. I broke up with that boyfriend and moved back to New York. I then started to work on becoming the me I wanted to be.

Perseverance in general and ignoring the desire to procrastinate has been key. Another thing that has helped is my practice of staying in touch with great people I ran into while working. It does take effort, and it doesn’t always work out, but keeping people not only ‘in your Rolodex’ but in your thoughts with an occasional email, tweet or phone call has proven to be a tremendous help to any success I’ve had. It also enriches your life.

First I must say, I have no totally set pattern. I may vary anything listed here.
It’s funny. I love to know people’s routines – especially their morning ones.

I wake up around 5 am. I get up anywhere between 6 am and 6:45 am – depending on when my rescue kitty, Oscar, insists he has to have breakfast. On my way to the kitchen, I hit the spacebar of my computer to wake it up. I drink some water and put on some espresso. Then I hit the bathroom and if I’m up for it, wash my face and brush my hair then to get that out of the way. I then walk very carefully back to the kitchen so I don’t trip over my cat who likes to walk between legs. Once I’ve safely made it there, I have a banana and prepare Oscar’s breakfast. I also make sure everything is cleaned up from the night before. It helps me feel organized.

Then I sit down at my computer with the espresso and star emails and articles I want to make sure to read throughout the day. I check Twitter and usually launch a couple of ‘media activist tweets.’ All the while I’m steeling myself for a little morning workout.

After I’ve done enough things to put it off, I bring my water and espresso in the living room and find a YouTube workout video that’s anywhere between 12 and 30 minutes. After that, I write my list of what I have to do for the day while I prepare my own breakfast. I may listen to a little news on NPR or MSNBC while I eat breakfast. After all that, I sit still, close my eyes, and relax for 5 minutes. Once I feel clear and organized, I get to work.

Shutting down by 6 pm at night has helped me push through difficult tasks because I can look forward to that time of day.
I find if I organize myself and my apartment first thing in the morning, it gives me a clearer head to start work.

“Determining” to do something and using adrenalin to keep going.

If there’s time, taking an afternoon nap to “turn it all off” and then restart. OR doing the opposite and getting a Cortado at the café across the street if I don’t have time for a nap and need a jump start.

Lately, I’ve not only been writing a list of what needs to get done for the day, but I also will assign times to do them. Without a list, I can fritter time away. I can even waste time just trying to decide what on my list to do first. So if I decide the order in which to do things, and especially what to do first ahead of time then there’s no debate with myself.

I try not to sit down at the computer until I know what I am going to do.

I do try to take breaks. I will often use a timer to work for a certain amount of time with no interruptions and then when the timer rings I will get up and do some short physical task or stretch.

I try to get the hard stuff out of the way first.

But most of all, to repeat what I said before, I “determine” I’m going to get through the most important task at hand, get it over with and then I drum up the adrenaline.

The book that influenced me the most was The Yearling by Marjorie Kinnan Rawlings. With its heartbreaking ending, I don’t think I could read it now. On the suggested summer reading list from school, I read it during the summer break between 8th grade and high school. It influenced me because I was leaving behind a small world where I was bullied and it gave me a new feeling of independence that was previously hard to conceive of. That, in turn, allowed me to feel that these kids who bullied me were irrelevant to my life.

The books I loved most when I was in my 30s were by Alice Walker, Zora Neal Thurston, and Richard Wright.

Those who know me well, find it hard to believe, that I went through an Ayn Rand phase. At the time it served as an antidote to my having been raised Catholic because one of the values touted was the value of self-esteem – which was not something you were taught to aspire to have in Catechism class.

Margaret Mead’s quote: “Never doubt that a small group of thoughtful, committed citizens can change the world: indeed, it’s the only thing that ever has.” 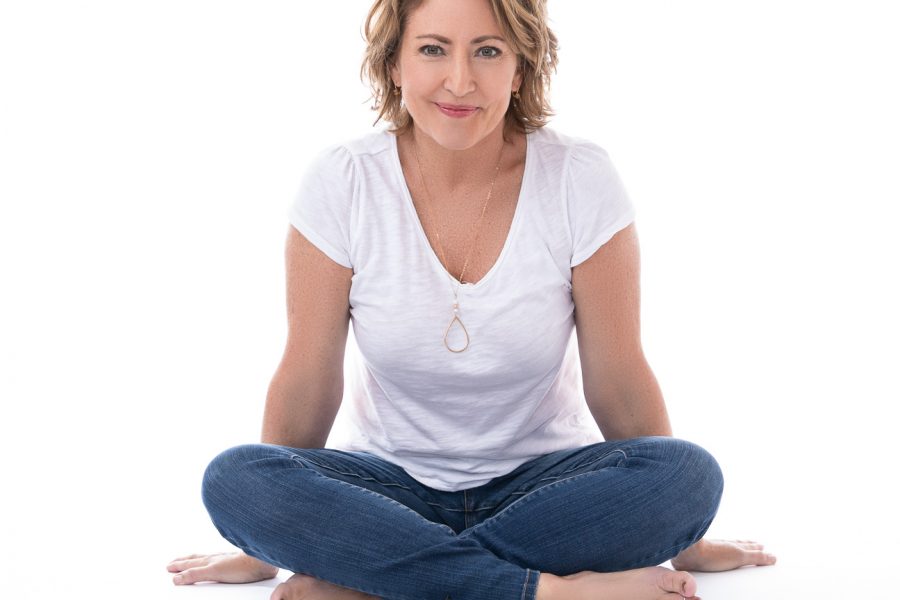 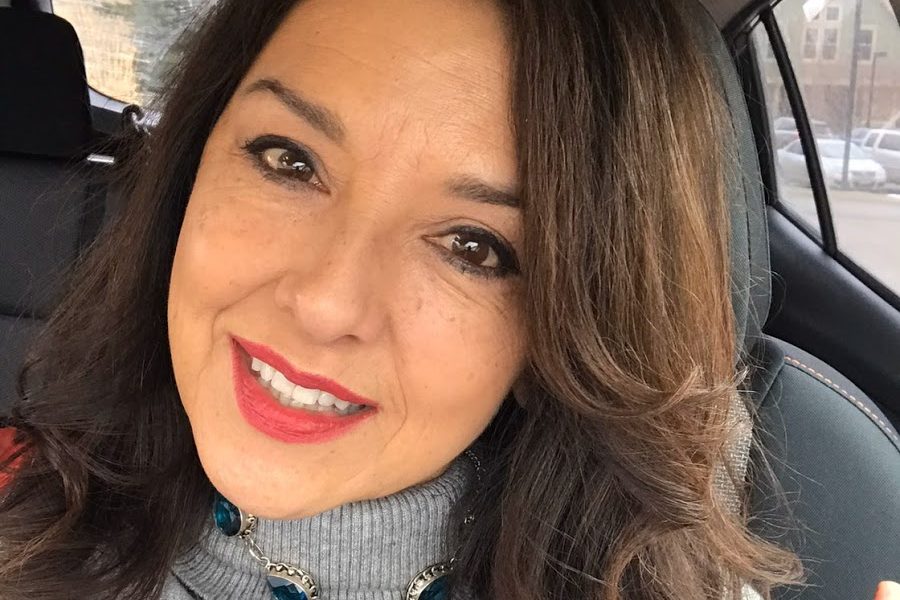