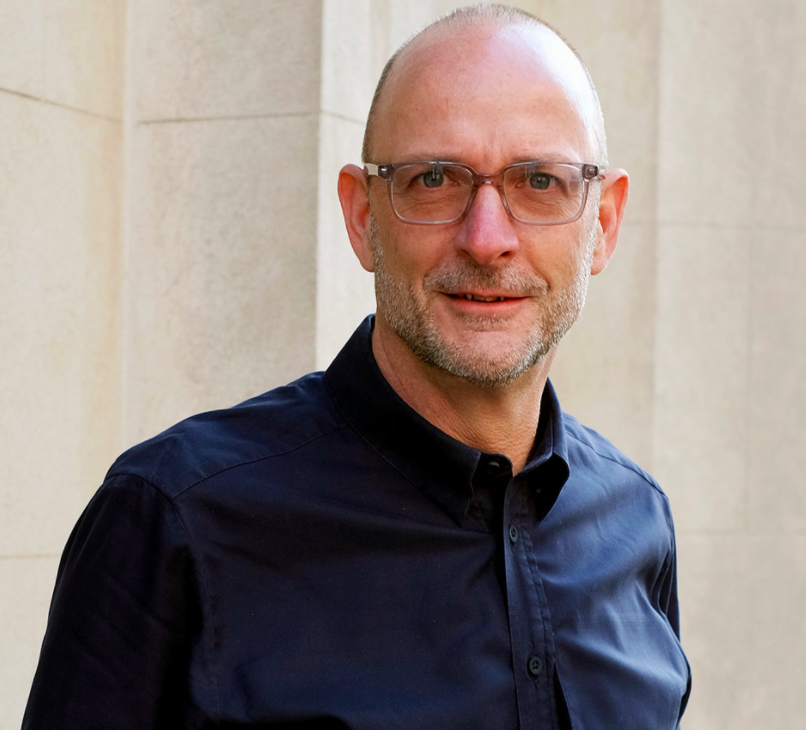 Mark Barden is a popular speaker and skillful facilitator, expert at helping teams work together to create genuinely breakthrough thinking. He is a Partner in the highly-regarded consulting firm eatbigfish, who coined the term challenger brand in the influential book Eating The Big Fish. Mark is also the co-author of the book A Beautiful Constraint: How to Transform Your Limitations Into Advantages, and Why It’s Everyone’s Business.

I was born near Sheffield, Northern England into a large extended family of steelworkers. Watching my parents’ journey was formative for me. My Dad, the second youngest of six, left school at fifteen but was driven to improve himself after that. A talented cross-country runner who went on to race for the national team, he also put himself through adult education in the evenings while my Mum raised three kids. We eventually moved south to “seek our fortune” (although that took a while) and I was raised a middle child, in the geographic middle of the UK, in very ordinary circumstances. When my Dad became a successful entrepreneur late in life, I’d seen him take a leap of faith, work hard, and ride his luck. He was my role model. I also saw how the British class system was far more pervasive than I’d imagined, and I found that stifling. When I moved to the US in 1991 it was liberating.

The power of honesty. When I was young, I’d sometimes pretend to know more about something than I really did. I had more responsibility than I could handle, and I thought it was okay to “fake it till you make it”. To be fair it worked. But now that I’ve reached a certain level professionally, I don’t do that. “I don’t know” is such a powerful thing to say. It’s vulnerable, and courageous, which is such an empowering way to show up (especially for all the fakers watching you!). It puts others at ease and is an invitation for them to tell me. This is the way I learn the most. Took me a while to learn that.

I’m a marketing guy as well as a coach, specializing in the challenger mindset. We’re always encouraging clients to bring something new and distinct, to break conventions and norms, to progress the category in some way, rather than conforming to a bland, same-old proposition that excites no one. That’s the only way to build a great business. So, it’s staggering just how much generic marketing fluff and wallpaper there is, that someone thought to recommend and someone else bought. There is simply no point in doing something that looks exactly like your competitor. Please stop wasting money.

My eldest daughter had chronic Lyme disease in her early teens that were totally debilitating. She lost nearly three years of her life to it. It was heart-breaking for all of us. We felt helpless, partly because it is not easy to treat and quickly morphs into a whole slew of equally hard-to-treat “post-Lyme” conditions. Living with constant pain and with so much ambiguity around the situation really did a number on my marriage, too. The joy was slowly sucked out of life. Now, a couple of years on from the bottom, where she is mostly recovered, I realize that almost being broken by that experience completely transformed me. My wife and I were able to re-build our marriage to the point where it is stronger than ever. We got to see, accept, and honor each other’s strengths and vulnerabilities very clearly.

There’s the Leonard Cohen line in Anthem, “there is a crack in everything, that’s how the light gets in” that suddenly made sense to me. I was broken, love seeped in. I don’t think I was a particularly empathetic person until I lived through that period with Lyme, but I’d like to think I am a little more now. Now, whenever I enter a room full of people, I’m keenly aware that someone in that room is in that amount of pain and that my job is just to be as kind as I can be to everyone there because it might just be them and they will surely need it.

Being genuinely curious about all kinds of things and people. Honestly, I can get interested in just about anything. There’s an energy that brings – to a project, a conversation – that is contagious. People see you’re interested in them or their issue, and they lean in. And now you sit up and listen harder and ask better questions, and soon you’re in deep, in new territory, digging and exploring together, making new connections with people and ideas. That’s essentially what all human beings crave, isn’t it? Connection.

I don’t have a rigid routine anymore. I certainly used to when the emphasis was squarely on productivity. But as I get older, I’m cutting myself some slack, trusting that I know what I need and when. It’s a more conscious process now, not as repetitive.

I seem to wake up at either 5.30 AM or 7 AM. If I’m up early I celebrate by giving myself that time to do whatever I feel like. If I’m up later, I celebrate that extra 90 minutes of REM (tracked on my Oura ring) knowing I’ll have more stamina later in the day and be able to make up for that lost time.

The overarching goal is to try to find the flow state throughout the day—that state of heightened awareness and focus that brings small peaks in performance, whether that be clarity of thinking, a creative breakthrough, or just getting rolling with writing, or a project design. I’ve come to understand my flow triggers—music, exercise, stimulating content, dialog, quiet—and try to integrate those into my day as I need them, along with rest and recovery.

So, when I’m up early I might take advantage of the peace in the house to write (I’m writing this at 5.53 AM), to listen to a podcast or audiobook while sipping coffee. I might do a little yoga or go for a run. And whatever I don’t do the first thing I’ll aim to do later in the day, even as I know my willpower diminishes the closer we get to sunset. I find this variety to be more stimulating than a rigid routine these days, even – especially – though it’s counter to all the expert opinions.

Understanding the conditions I need to find flow and orienting my day around that (see above). I read Stealing Fire about 5 years ago and have studied with the Flow Genome Project to understand my own flow triggers better. Definite game changer. It’s lots of little things.

I cannot get to flow if I’m constantly being pinged by text, Slack, email notifications, etc. And, so, for certain periods during the day, I turn it all off. This seems obvious, but many of my work colleagues don’t do that.

I also love to work on paper and pen for some of the days. I have the largest Post-It notes spread out on my desktop and will sketch out ideas on there in an apparently random mind-map that helps me find new connections and patterns, or the red thread of a story. It’s amazing how an hour of that can create what I need to orient an entire project around.

I also allow for randomness, too. Some of my work isn’t about efficiency and productivity per se, it is about creativity and ideas, and it requires some non-linearity. I design for that in a way that sounds a bit more mystical than it is. I’ll let my intuition guide me to a couple of books, I’ll open them at random, and I’ll find a connection to my problem. If my mind is properly primed by understanding the issues in the right way, the answers often appear.

The well-known philosophers Calvin & Hobbes are favorites of mine and my kids. We all learned a lot from them.

I have a real weakness for the grand synthesis, too, books of huge scope that map interconnections between ideas revealing larger truths about how the world works. Fritjof Capra’s The Web of Life is such a book, as is Ken Wilber’s A Brief History of Everything. Understanding spiral dynamics and the notion of “transcend and enfold” helped me understand where I was on my own developmental journey when I was in my thirties. Kevin Kelly’s book What Technology Wants, suggests that “the Technium” (all of the technologies) is like a living thing, the “eighth kingdom” that can “generate more options, more opportunities more connection, more diversity, more unity, more thought, more beauty, and more problems.” I met him once, too. Lovely man.

I absolutely love Krista Tippet’s book Becoming Wise. It packs so many wisdom bombs into such a small space from a variety of remarkable humans. Pema Chodron’s When Things Fall Apart has really helped me gain perspective in the face of life’s inevitable ups and downs.

And I’m saying right now that Jamie Wheal’s book, Recapture The Rapture: Rethinking God, Sex, and Death in a World That’s Lost its Mind, just released (5.21) is a really important piece of work essential to helping us navigate what’s shaping up to be a pretty hairy future.

These choices make me sound much smarter than I am!

So many. The one I’ll go with today is from Oliver Wendell Holmes Jr. “I would not give a fig for the simplicity this side of complexity, but I would give my life for the simplicity on the other side of complexity.” Life can very complicated, so it’s helpful to study it and understand it well enough to be able to simplify it for self and others. It allows us to see the bigger picture a little more clearly, the wood for the trees. 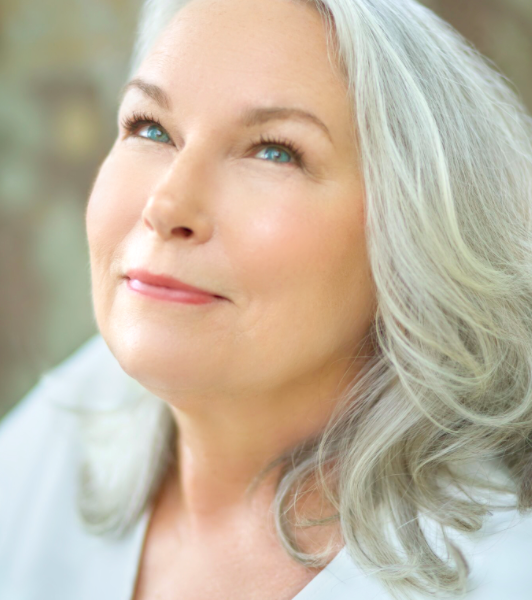 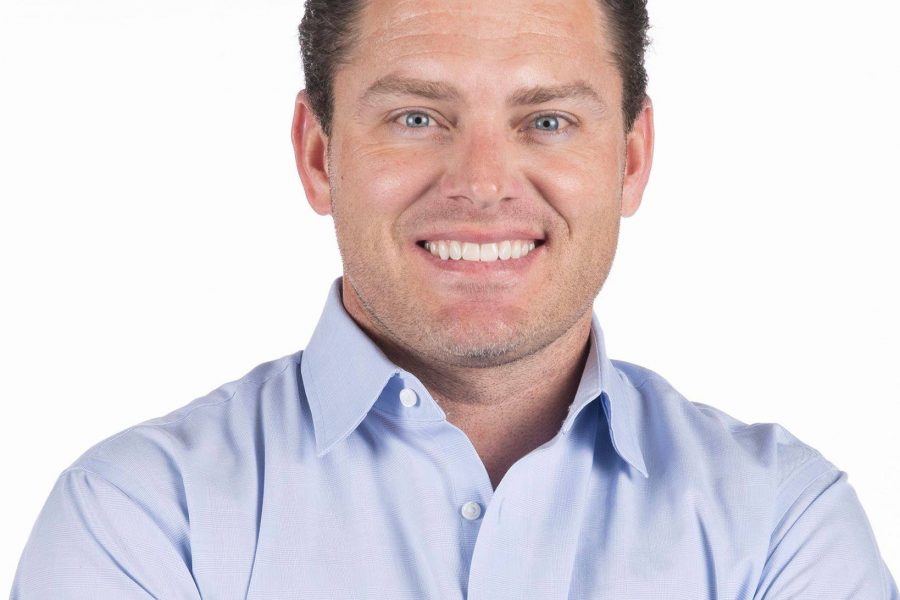