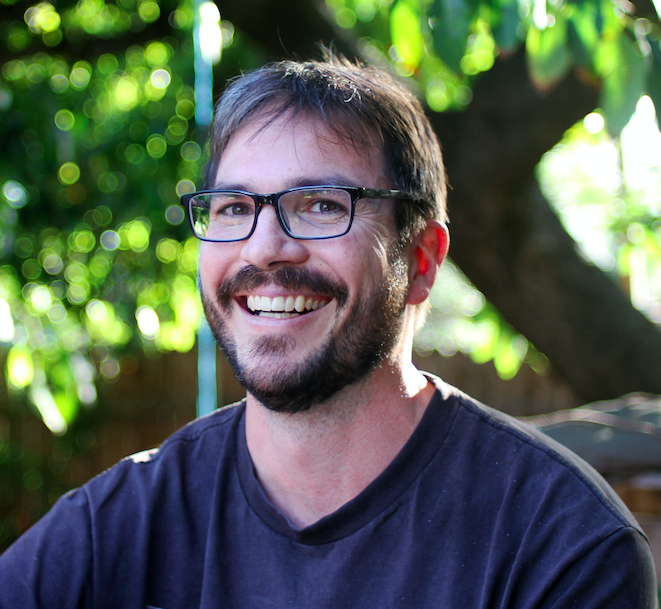 Peter Kalmus is a climate scientist and author. He is an experienced data scientist with a demonstrated history of working in the aerospace industry. Peter also speaks out in favor of urgent action on climate change.

I grew up in a suburb of Chicago and went to public schools. I was a Boy Scout and I loved being outdoors. In high school I did this program for older scouts at Philmont Scout Ranch in northern New Mexico where I was part of a trail crew, building a trail on the sides of mountains in the Sangre de Cristo Range, the most beautiful place I’d ever been in my life. The Amtrak ran a few blocks past my house and then all the way to Raton, New Mexico, a short drive from Philmont’s base camp. We built a trail for two weeks and then got paid with a free two-week backpacking trek. I fell head over heels in love with the Earth during that summer with my entire being – body, heart, mind, soul – and have been ever since.

This one is easy: I wish I’d recognized what a real emergency climate and ecological breakdown are, and started devoting my life to working to stop them earlier. I didn’t realize this until 2006, while I was working on my physics Ph.D. in New York.

To not speak out about the need for urgent action on climate and ecological breakdown. In my opinion, scientists should, at this point, be putting as much effort and passion into activism as into their science. In all of human history, there has never been such a “science of emergency” as climate science.

Yeah, during college for over a year I was suicidally depressed. I could barely function. College was too much, I could barely write papers, I even skipped a final exam. I can’t really put the experience into words, my heart would flutter and I would think of ending it and I felt exhausted and at the bottom of a deep hole. I came out of it by taking a semester off and then limping my way through to graduation, and then a year living at my parents and just recovering (with no stress) and lifting weights. That helped me think physiologically and because I thought I was really ugly, which was part of where the depression came from (kids made fun of me mercilessly in junior high school). The recovery set back my scientific career by eight years, because the depression and skipping the exam made me feel like I wasn’t smart enough to do physics, and in addition to the leave of absence from college and the recuperation year I had two short careers before going to graduate school for my Ph.D. – teaching high school and then writing software.

What I learned was to be kind. I also gained an early warning system, where I am aware and if I feel depression creeping back into my brain I kick its ass right out of there. That seems to work for me – it has happened a few times since college where I felt depression’s slimy seductive tentacles trying to get a purchase, and I just said “no way, never going back again.”

Working really hard, being open to new opportunities and directions, believing in myself and my goals, and pursuing them passionately. Boring perhaps, but it works.

It varies. I try to get to bed by 11 and wake up by 5:30 am or 6 am, which gives me some time to write. That early morning time feels sacred so the last thing I want to do is look at a computer screen; therefore I am drawn to writing first drafts of things with good old pen and paper. I find it really hard to muster the writing “momentum” to write a book, and this helps. Then meditate from 7 am to 8 am. Since the pandemic started, teachers in our tradition of meditation have been running virtual sits via zoom, which are really helpful. One problem I have is that I’m naturally a “night person” so I have a natural tendency to stay up late and work. The kiss of death for a morning routine is staying up late watching Netflix. At least if I get some good work done I feel justified sleeping in, but that can be hard or impossible in a practical sense when the rest of my family is waking up. My partner is a total morning person.

This one is easy – vipassana meditation. I’ve been meditating since 2003, and I sit an hour in the morning and an hour in the evening, though I’ve had lots of lapses since 2003. Two hours may seem like an unreasonable amount of time, but it’s worth it: if it wasn’t, I couldn’t keep doing it. The idea is to observe all the normal sensations throughout the body carefully, systematically from top to bottom and bottom to top, and to experience the truth that they are constantly changing. This does two important things. First, it breaks down cravings for pleasant sensations and aversions to unpleasant sensations, because what is the point of feeling these cravings and aversions for such impermanent phenomena? This helps break the habit pattern of blindly reacting to pleasant and unpleasant things. Second, it breaks down this strong sense we all have that our self, our body, and our mind, are these permanent, static things. Instead, they too are constantly changing. This gradually dissolves the ego. The capacity for compassion grows, and so does the ability to skillfully navigate life, living with the purpose of helping others. Another huge benefit for me is that it keeps my anxiety in check, which otherwise becomes overwhelming due to climate and ecological breakdown.

I’m not sure I do use my time most efficiently! I make a lot of lists, but I also understand that I’ll never cross everything off of them. I love keeping my lists in an online tool called Trello. I am switching between so many projects that Trello serves as my external brain – I can tell exactly what tasks I was thinking of doing next on a project, even if I last worked on the project some time ago, and see what notes and resources I’d started gathering to accomplish it. Also, one thing I’ve gotten a lot better at as I’ve gotten older is building teams. A good team is a powerful source of leverage, for several reasons: obviously, it increases raw bandwidth for doing tasks, but also you get so many more ideas, you are less likely to take big wrong turns, and you get specialists who are much better and better-situated for doing particular things and who bring their own networks. There’s a sense of camaraderie and shared purpose that boosts the whole project. The whole is much greater than the sum of the parts. In the context of climate stuff, there are so many people now who are concerned about climate and the ecological breakdown and who are eager to pitch in and help, that building a great team is often just a matter of asking.

I find this question impossible to answer! It’s like asking what conversation influenced you the most in your life. I suppose some people could point to one conversation, but for me, it’s more like a continuous influencing dialogue. There is one title that keeps popping into my head, though, which is Moby Dick by Herman Melville. Probably a weird answer, and I wouldn’t say that it has influenced me “the most,” but reading it in high school made me more aware of the ocean, and my place on this Earth, and the radical changes in human life and society and the natural world since 1850, and how humanity has exploited indigenous peoples and other species in horrible ways. And I was really into sailing. As a boy, I used to sail this tiny boat called a Sunfish way out into Lake Michigan.

“Be the change you want to see in the world,” which apparently was misattributed to Gandhi. Telling people something never works. Showing them sometimes works. Also, my first real physics mentor advised me, when I reached out to him during my effort to return to graduate school more than a decade later, to “do good work.” 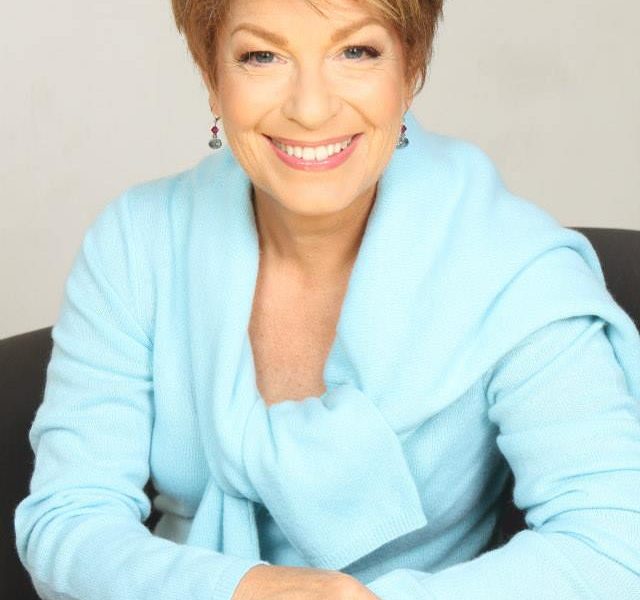 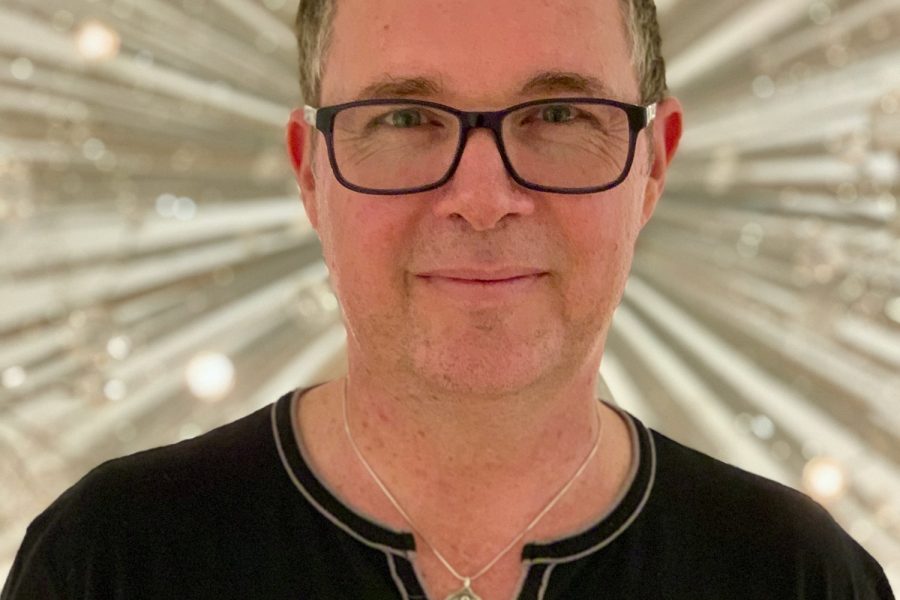