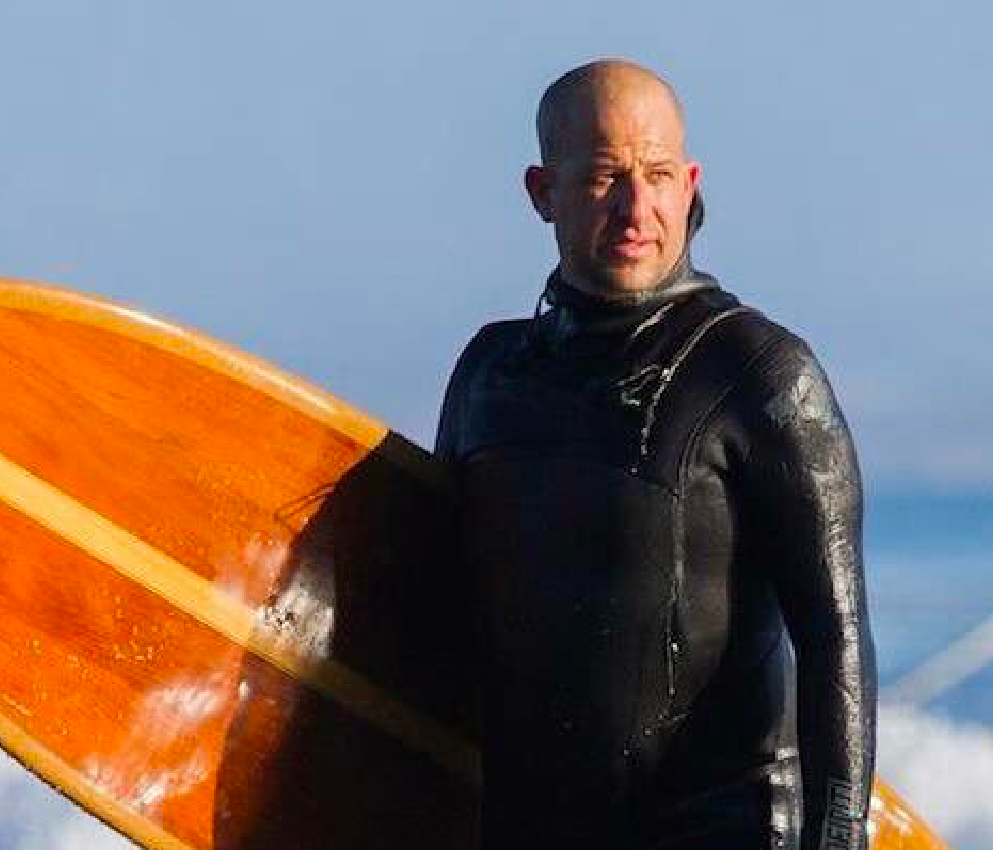 David Dennis is a visionary entrepreneur and inspirational speaker. He currently works as a Principal Program Manager at Microsoft and Co-Founder at Ventana Surfboards & Supplies, an online surf shop and wholesaler. Dennis has a passion for travel photography and shooting street portraits in developing countries and this passion employs him to support causes focused on improving education, ending homelessness and the conservation of our oceans.

I grew up in Silicon Valley. My father was one of the early entrepreneurs there. He started his first software company in 1972. Our dinner table conversation was often about business challenges he was having and the happenings in the early chip and software industries.

I remember my mother coming home from the Apple shareholders’ meeting at De Anza College where Steve Jobs unveiled the Macintosh. Her excitement over dinner had a big impression on me, and it helped me see how technology could have a meaningful impact on people. My mother was also involved in local conservation education, and our family participated in a wildlife rescue organization where we nursed orphaned animals back to health. My family also learned to SCUBA dive when I was 16 and that led to a deeper interest for all of us in ocean conservation.

These experiences lead me down my own path in technology, business, and ocean conservation. I’ve been at Microsoft for 20 years working in various product roles, most recently on the Outlook team. Helping create technology that empowers hundreds of millions of people around the world to do more is very rewarding.

Also, I co-founded an environmentally responsible surfboard company, Ventana Surfboards & Supplies. And I raise money for non-profits in the Santa Cruz, California area using my portrait photography. There’s more about that in my TEDx talk. My life is an intersection of love for family, business, technology, ocean conservation, and giving back. All of that was instilled in me from an early age by my parents.

I wish I’d realized three things much earlier. The first is that giving back to the community and helping others not only makes you feel good, but it creates many new opportunities for yourself and helps you build a network that pays you back many times over.

I also wish that I’d realized the wisdom of the saying “If you can’t say something nice, don’t say it at all.” It’s often a throwaway phrase we use with kids, but there’s incredible power in living that way. It doesn’t mean not giving tough feedback or shying away from critique but rather presenting input in a way that doesn’t make the receiver feel defensive or personally attacked. If your objective is to change behavior, then an uplifting and supportive approach is more effective. Talking negatively about someone or being overly critical of people to their faces says a lot more about you and your own issues and insecurities than it does about the person in question.

Finally, I realized late in life that never lying is a good policy. I challenge myself to never lie about anything, no matter how small. Not lying doesn’t always mean telling the whole truth, of course. For instance, let’s say I’m invited to go to an event that will be attended by people I don’t like much. I’ll find an honest reason for not attending even if the whole reason is more complex. “I really don’t feel like networking tonight is a true statement,” even if “I really don’t feel like networking with the people who will be there” is truer. Always telling the truth is also an interesting challenge. And, when people realize you’re always honest, the trust you receive from them is golden.

“Let’s ask customers what they want” is terrible advice. Especially when it comes to software or trying to drive innovation, getting feedback from customers and validating your ideas can be helpful, but most customers can’t articulate what they want. Customers are best at explaining their pain points and challenges, and opportunity comes from alleviating those pains.

Further, looking at data on how customers use your product is usually more valuable than listening to what they tell you they want. It’s why focus groups and customer interviews, if not structured carefully, can lead product designers to the wrong conclusions.

A quote about the development of the automobile, which is often wrongly attributed to Henry Ford, goes like this: “If I had asked people what they wanted, they would have said faster horses.” I keep that in mind whenever I talk to customers. Rather than asking them, “what do you want this piece of software to do,” it’s better to understand what they are trying to accomplish and why that’s difficult for them. New ideas and approaches to solving those pains are where real innovation happens.

I have something called Cyclothymia which is a form of bipolar disorder. It’s something that got progressively worse starting in my late teen years, and I didn’t get diagnosed until I was 40 or so. I’m 52 now.

Cyclothymia causes significant mood swings, sometimes on the same day. It can also cause bouts of depression. So, although I’ve never been suicidal, it has definitely created some dark periods.

Medication has helped a great deal as does surfing and the support of my wife of more than 25 years. It’s also helped me have more empathy and compassion for others struggling with mental illness.

I’m quite privileged to have grown up relatively well off with a supportive and stable family. I don’t buy into the notion of being “self-made” or individually responsible for my success. Yes, I’ve worked hard, but I’m the product of a system that favors people like me, and I view it as my responsibility to help level the playing field by mentoring others and giving voice and support to people who are less privileged than I am at work and in other contexts.

I wake up around 8 am and drink a cup of coffee with my wife before she starts her work as a special education teacher. Then, I commute 10 yards into my 80 square foot backyard office that doubles as Microsoft Santa Cruz and the Ventana Surfboards Operations HQ.

Surfing, snowboarding, and mountain biking have been life-changing. Getting outdoors, pursuing adrenaline surges, and putting my phone and computer away is important for my mental health and my creativity. Some of my best ideas come while pedaling up a mountain, racing down a hill, or waiting for a wave.

I have a limited attention span, so I tend to work on many things at once and that seems to help me get things done. I’ll have many browser tabs, documents, and apps open at a time, and I’m bouncing between them often. By the end of the day, I’ve accomplished a lot as I’ve worked on many different things in bite-sized chunks all day long. I also take frequent breaks and am very flexible with how I use my time. Also, I don’t drink, smoke, or do any drugs, and that helps keep me focused.

There are many, but in a business context, I think First, Break All the Rules by Gallup has had the biggest impact on me. I started my career assuming it was best to push people to focus on “fixing” their skill deficits, but after reading that book, I realized that helping others build on their strengths, was a far better approach. That’s been important in how I think about my own career path, as well. For instance, my math skills are lacking, but my people skills and strategic thinking skills are relatively strong. So, taking on a role that requires heavy data science work doesn’t make sense. I could improve my math skills, and lifelong learning is always important, but I’ll never be as good as someone with a passion and skill for numbers.

I’ll also be happier focusing on improving what I’m already good at as opposed to feeling like a failure trying to improve in areas where I’m inherently weak. Having a “focus on strengths” mindset is helpful when managing others. If someone is struggling in their job, it’s often helpful to see if there’s simply a skills mismatch. Rather than firing someone, it’s better for the company and for the employee to see if there are other roles where the person can shine leveraging their strengths.

This lesson has been valuable when raising my kids, as well. My wife and I try to support them in finding what they like and are good at as opposed to pushing them to excel in areas of weakness where continued failure is much more likely.

Perhaps a bit cliché, but I love the last line in Robert Frost’s poem The Road Not Taken:

Two roads diverged in a wood, and I—
I took the one less traveled by,
And that has made all the difference.

Following the traveled path has many benefits, but if you want to break out in business or in other creative endeavors and differentiate yourself, the road less traveled…or never traveled…makes all the difference. 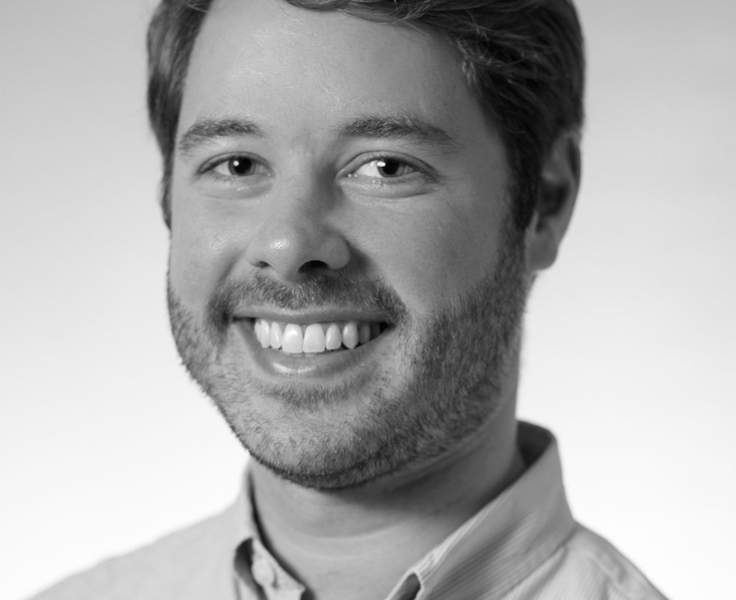 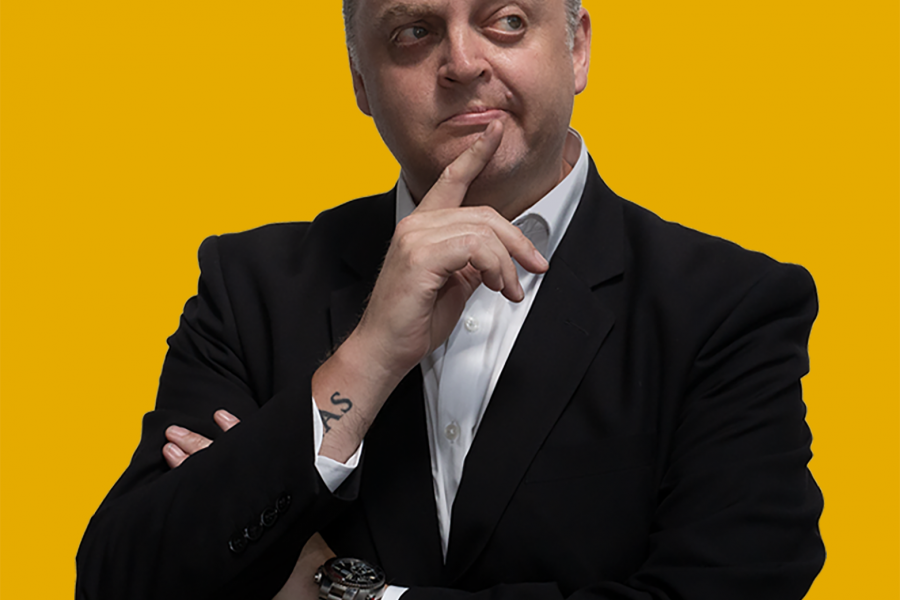