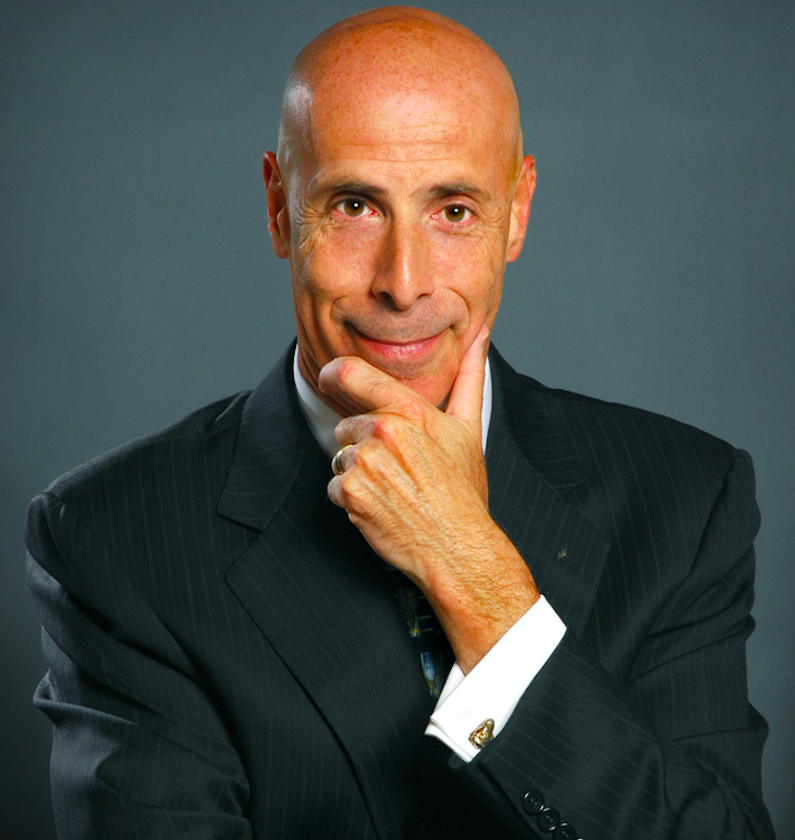 Robert L. Jolles is a sought-after speaker, sales and training expert, and five-time bestselling author. He has spent over thirty-five years teaching, entertaining, and inspiring audiences worldwide. His books include How to Change Minds, Why People Don’t Believe You, and Customer Centered Selling have been featured in USA Today, Harvard Business Review, and Publisher’s Weekly and have been translated into over a dozen languages.

Although I’ve delivered seminars in every US state by two and traveled around the world as a professional speaker recording over 2.5 million miles in the air, I have never lived more than 20 minutes from where I was born. I was born and raised in Silver Spring, Maryland. I am the youngest of four, and with parents that were pretty relaxed by then, my childhood was wonderful. Lots of friends that I still have to this day, and part of a Boy Scout Troop that had over 120 boys in it. I was the fastest knot tyer in the troop, and was, (and still am,) fiercely proud of it! This allowed me to represent the troop and was never beaten in competition. I still have my knot rope, and occasionally do knot-tying demonstrations.

I was the athlete in the family, loved the game of basketball, played at a fairly high level, but unfortunately, I’m the smallest of the three boys in our family and was fighting a losing battle. I discovered running in college and went from 10k races to 10-mile races, to half marathon races, to marathon races, and finally to triathlons. I competed in the fifth Ironman ever held; 2.4-mile swim, 112-mile bike, and 26.2-mile run. After training and completing that race, I believed, and believe to this day, there is nothing that can’t be accomplished if you are fully dedicated, and if you have the will to stay committed to that dream. I’ve worn a small Ironman medallion around my neck for over 35 years.

30 years ago, when I went out on my own as a professional speaker, I was consumed with success. In my second year in business, I was on the road conducting keynotes and workshops for 237 nights. I had three small children at the time and promised myself I would be home more. The next year I was on the road for 247 nights. I know that number because I didn’t ever want to change history and forget it. My wife sat me down and helped me to stop denying the mistake I was making, and correct it. I did, and although I can’t get those first few years back, I’m proud of the fact that I was there for my wife and children. I wrote a book called, The Way of the Road Warrior to help others whose lives are out of balance, and although I rarely do a presentation on this topic, it’s a very meaningful lesson and book for me.

I work with and train sales teams, and those who want to improve their presentation skills. From the sales side, it always bothers me to watch companies confuse product training with sales training. Salespeople are typically taught all about a particular product, told they have been sales trained, and head out destined for failure. The simplest and most basic tactics are lost, like asking questions, listening, and creating urgency, and it poisons the perception others have of salespeople.

As for the presentation side of things, the instinct and recommendations seemed to be around putting the most material you can into a presentation. The reality is, pros and amateurs make the same mistake, and it’s by far, the biggest mistake made by presenters; too much information!

Tell me about one of the darker periods you’ve experienced in life. How you came out of it and what you learned from it?
I worked for a company called Battelle Memorial Institute and was hired as a trainer. I was a good trainer – no great trainer – no the best trainer the company hired! The customer we worked for made sure my company knew it too. I was treated like a king, and although there were other tasks for us to complete, like writing, I made it clear to all, “I am no writer; I’m a trainer!”

Unfortunately, the contract we were working on ended after two years, and at that point, the only job we had was to respond to Request for Proposals, (RFP’s,) to find more work. There was only one person laid off – me. I was the guy who not only announced his shortcomings; I advertised them. I went from angry, to hurt, to determined. I took an evening writing class and was bound and determined to myself a better writer. Six books, and five bestsellers later, I can proudly state: “I’m am a writer and a trainer!”

Quite simply – I don’t quit – ever. That’s what attracted me to endurance events, and that transferred over to my business life. There are so many things in life that are not in our control, but quitting isn’t one of them. For instance, as strange as this might sound, I have never hit a “snooze bar” on my alarm clock, nor do I know where it even is. I don’t want the first decision of the day to be to procrastinate and avoid a decision I made the day before! The benefit of not deviating on commitments is that the voice in all of our heads that says, “Let’s just not do this today” gets quieter and quieter because it knows, you aren’t listening.

I usually wake up at 6:30 am if not earlier. I work out five days a week. Depending on the day, I either swim, practice yoga, run, lift, or spin. Frequently, I do more than one of these. I like to read the newspaper, make some hot tea, get to my desk, and respond to emails. After that, the day’s events tend to dictate what comes next.

Keeping a journal has truly improved my life. I began journaling some years ago, disciplining myself to write on a regular basis. Initially, I thought my journal would serve as a way to share my life in business with my family. What I didn’t realize was, because I journal before and after every program delivery, I had inadvertently created a process of becoming methodically observant. It also improved my writing because the process of journaling became a kind of workout for writing. However, what I didn’t realize was the process of writing in a fluid fashion allowed me to discover ideas, lessons, and messages I would have never found. What began as a way to share my life with others ended up being a way to learn more about my own life.

When I went to school, I struggled a bit. I wasn’t the only one, but back then, thankfully, those of us who struggled were not labeled. If I had been labeled, I may very well have been diagnosed with Attention Deficit Disorder, or ADD. All I knew was, when others read things once, and understood what they had read, I had to read it two or three times. Some would see this as a disability of sorts, but I consider it a blessing. I had no choice but to remove as many distractions as I could, outwork, and outhustle those around me. After a while, that mindset became more of a habit, then a conscious thought. To this day, I tend to remove distractions that have the potential to steal my attention and discipline myself to not stop what I’m doing until whatever I’m engaged in is finished. That often means turning off email, and cell phones. I’m also one of the most competitive people you will ever meet, and to this day, thoroughly enjoy outworking and outhustling those around me… particularly the ones who underestimate me.

On the fictional side, it’s got to be Stephen King’s, The Stand. I was in high school, and never read anything like it. That book made me love reading, as well as want to write my own book someday. Professionally, it’s SPIN Selling by Neil Rackham. As a former Xerox employee, it was required reading, and thankfully so! It changed my entire approach to selling and inspired me as both a salesperson and an author.

I have two quotes that come to mind. The first quote guides my professional career and reads: “We weren’t put on this earth to make a living; we were put on this earth to make a difference.” The second quote guides my personal life, is one I use frequently with family, friends, and clients I coach. It also happens to reside next to my coffee maker. Written by Dan Zadra, it reads: “Worry is the misuse of your imagination.” 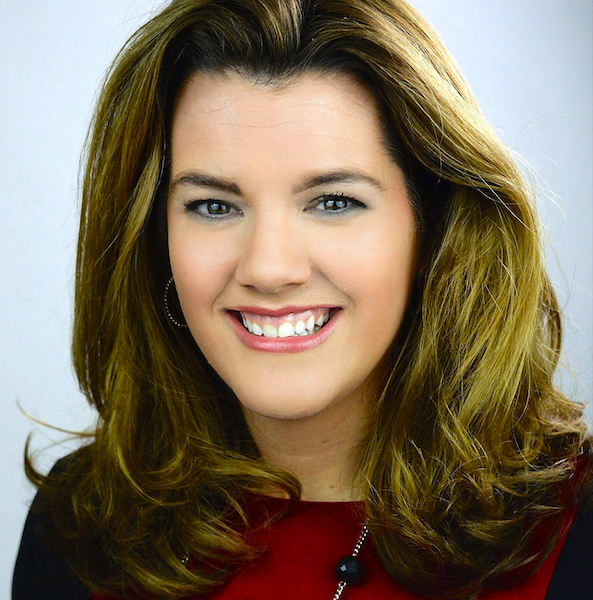 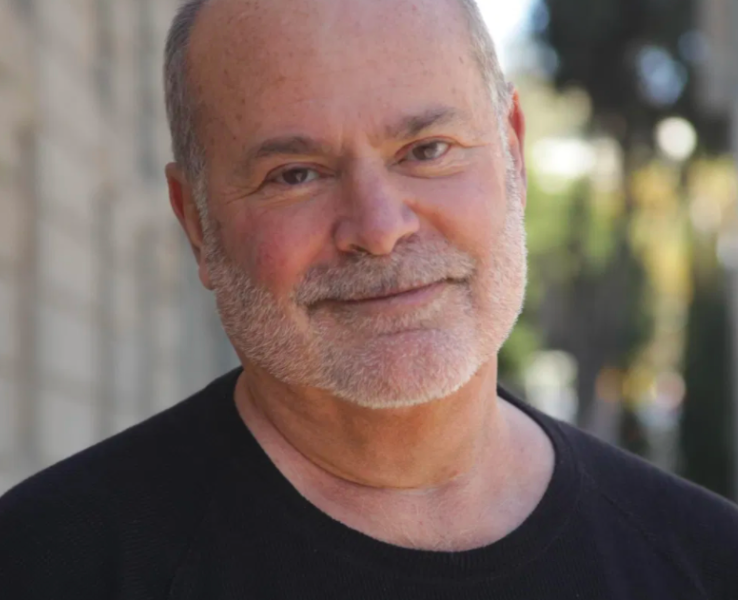